Similar to what we saw at Anaheim I, this past weekend’s race inside Angel Stadium again saw the same two riders post the fastest lap times in each of their main events—Rockstar/Makita Suzuki teammates Ryan Dungey and Chad Reed.

Let’s first take a look and analyze the AMA Supercross Lites class. With three rounds in the books, Dungey definitely looks like the man to beat. He has two wins and the points lead, and he was a good half-second faster than Jake Weimer on Saturday night. In fact, he and Reed were the only two riders to dip below the one-minute mark in the main events! That’s right; Dungey had a faster lap time than AMA Supercross winner James Stewart! Beyond that, check out the lap times of Weimer, Ryan Morais, Jason Lawrence and Michael Blose—they were all within six-tenths of a second! 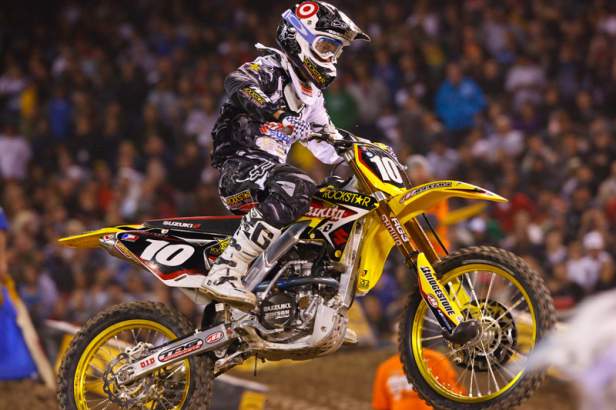 We all know that Chad Reed set some blistering lap times on Saturday night, and he was the only rider to dip into the 58-second range—his 58.816 coming on lap 16. He followed that up with a 58.952 on the very next lap! Stewart was second fastest, followed again by JGRMX/Toyota Yamaha’s Josh Grant, who set the third-fastest time on his way to a fifth-place finish. Ryan Villopoto was next, followed by Kevin Windham, Andrew Short, Timmy Ferry and Ivan Tedesco. 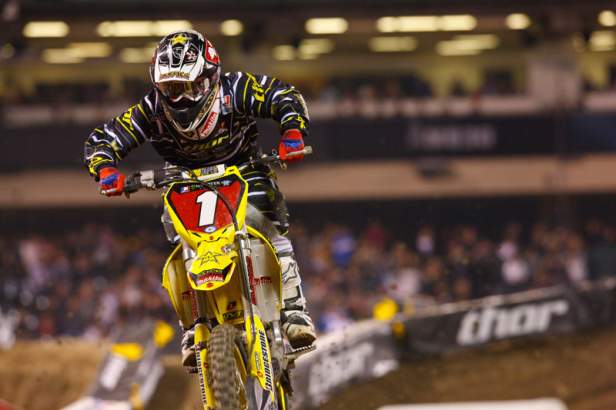