AMA Supercross Lites
Coming off his victory at Anaheim I, Jake Weimer looked fast and smooth at Phoenix. After a solid win in his heat race, Weimer pulled the holeshot in the main event and set the fastest lap time on lap two—a 53.571—in his effort to pull away from the field. It looked to be working till the sandpit swallowed his Pro Circuit KX250F on lap seven, allowing Dungey to motor by on his way to not only the victory, but the points lead as well.

You can’t take away anything from Dungey. Outfitted in his new Fox Racing gear, Dungey was only a tenth of a second off of Weimer’s fastest lap. Third-fastest was Muscle Milk/MDK KTM’s Justin Brayton, followed by Troy Lee Honda’s Chris Blose and Monster Energy/Pro Circuit Kawasaki’s Ryan Morais.

Here’s a nod to Canidae/Motosport Kawasaki’s P.J. Larsen, who had the sixth-fastest lap time on his way to a sixth-place finish; this coming a week after he failed to qualify at Anaheim I. Check out the rest of the field below: 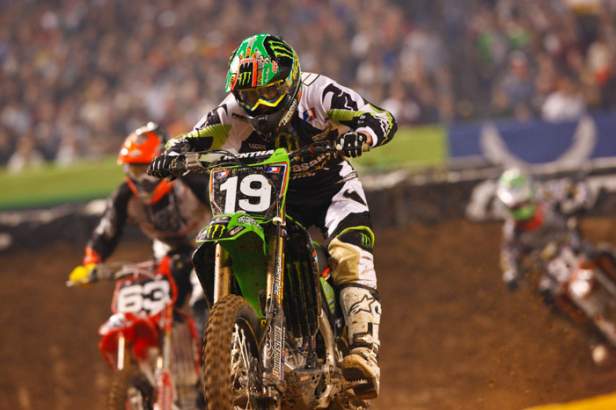 AMA Supercross
San Manuel Yamaha’s James Stewart turned things around at Phoenix and laid down the fastest lap time on his way to his first AMA Supercross main-event win aboard a Yamaha. His fastest time of a 51.848 came on lap five; coincidentally, that’s the same lap Reed set his best time. At the end of the twenty-lap main, there was only .59 seconds separating the duo, which provided the Phoenix crowd with some of the best racing yet. Third fastest in the AMA Supercross class was JGRMX/Toyota Yamaha’s Josh Grant, whose third-place finish kept him atop the points standings. Fourth-fastest was Honda Red Bull Racing’s Ivan Tedesco, followed by Monster Energy Kawasaki’s Ryan Villopoto. Check out the rest of the lap times below: 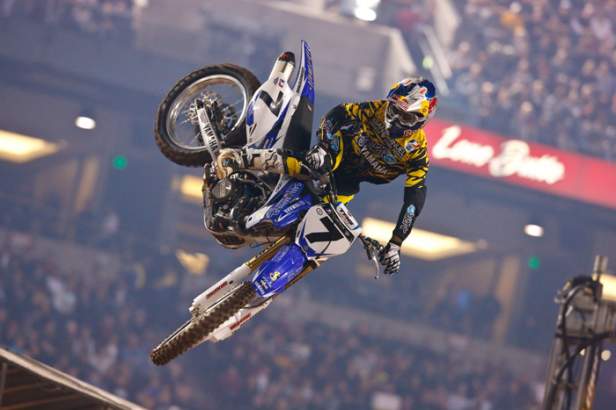