OK, you’ve seen the results, but as always we like to take a deeper look in our Sign of the Lap Times feature and dissect the rider’s lap times as they often do tell another tale. The story they told following Anaheim is that although their amateur racing program has gone to the wayside, Suzuki’s professional program is firing on all cylinders as Rockstar/Makita Suzuki riders recorded the fastest lap time in both classes.

A new team, new competitors, and a new bike carrying the weight of a number-one plate—now that’s pressure. Yet somehow Rockstar/Makita Suzuki’s Chad Reed managed to rise above all of it and put in one of the more impressive performances yet. He reeled in and passed James Stewart, led five laps, and after crashing he was able to remount and secure a spot on the podium—with no front brake! To top it off, he logged the fastest lap time of the night—a 59.48—which came on lap five. Here’s the stunner: Reed’s lap time was also almost a half-second quicker than Stewart’s fastest lap.

As for eventual winner Josh Grant, this win was no fluke. The Joe Gibbs Racing rider had the third quickest lap time of the main event and put in a consistent twenty laps to take the win. Congratulations. 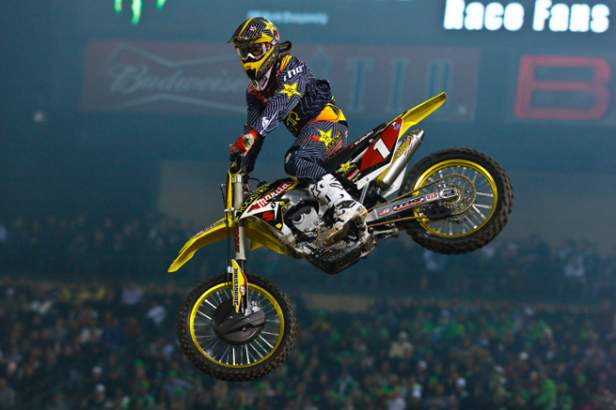 Ryan Dungey’s night couldn’t have started out any worse. He went over the bars in his heat race and had to race the Last Chance Qualifier—never an easy task. Fortunately he holeshot the LCQ and won, but that meant he would be starting the main event on the outside with the 18th gate pick. He came around the first lap in tenth and methodically worked his way through the field and finished third. Along the way Dungey set the fastest lap time of the class, which came on lap 13 of 15.

The winner, Jake Weimer, had the second-fastest lap time of the main—which was only .191 seconds off of Dungey—and that came on lap five. The next three riders all had lap times within a half-second of Dungey. 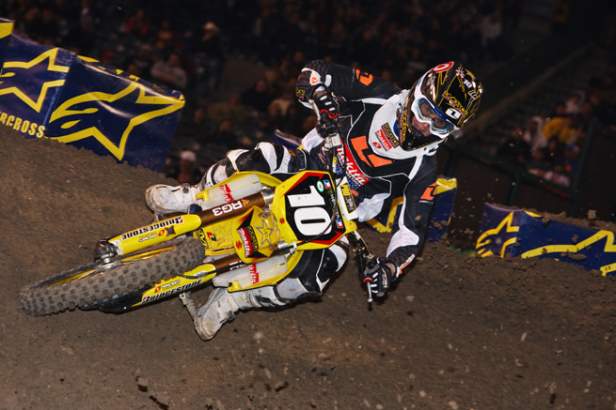 Biggest surprise: In my opinion, the biggest surprise of the night was Troy Lee Designs Honda’s Chris Blose. Blose is actually a replacement rider on the team, yet both his result and lap times were right in the middle of a plethora of factory Lites riders. I know somewhere David Pingree is smiling and thinking, I told you so! 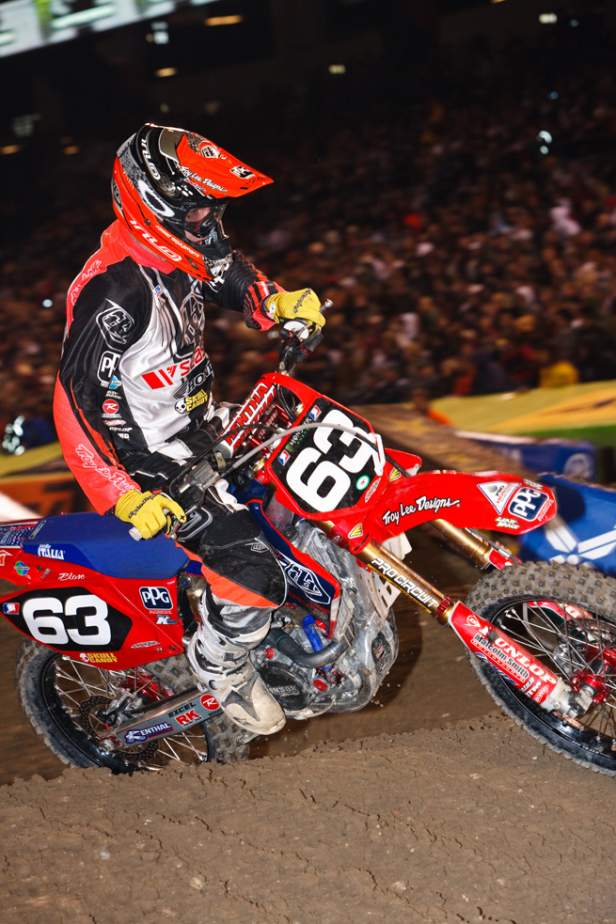