Results Archive
Australian MX
Coffs Harbour
Articles
GNCC
Loretta Lynn's - eMTB Only
Articles
Amateur
Loretta Lynn's
Articles
MXGP of
Sweden
Articles
MXGP Grand Prix Race 1
Full Results
MX2 Grand Prix Race 1
Full Results
Upcoming
Motocross
Unadilla
Sat Aug 13
Articles
Upcoming
MXGP of
Finland
Sun Aug 14
Articles
Upcoming
Australian MX
Queensland Moto Park
Sun Aug 14
Articles
Upcoming
Australian MX
Coolum
Sat Aug 20
Articles
Upcoming
Motocross
Budds Creek
Sat Aug 20
Articles
Upcoming
MXGP of
Charente Martime
Sun Aug 21
Articles
Full Schedule
Welcome to the Shift Number Cruncher. The biggest number going this week is none other than the big number 10. What’s cool is when I looked back at the Number Cruncher archive, I found that we actually did number ten on this very same week one year ago! While we have already crunched this number, it is so rich in history that we will be able to spin it several more ways. For this week, we are going to take a look at the Suzuki riders who chopped wood with number ten on their plates. It just had to be this way after Ryan Dungey busted it out as his new permanent number and the Suzuki squad had a stellar weekend across the board. I believe you will find this week’s edition quite interesting. Number ten and the yellow bikes have been oddly synonymous throughout motocross history. Enjoy. 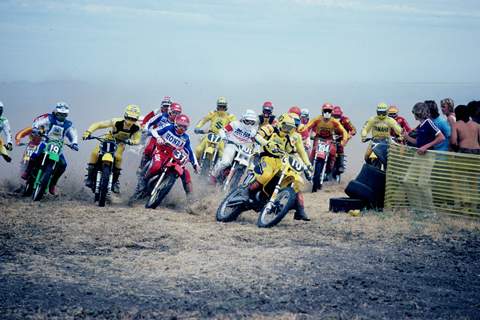 Up first, old school. I mean, come on, how bad ass is this? Here we have Mark Barnett banging a holeshot at the 1980 Sears Point Outdoor National. How many riders can you name in this shot? 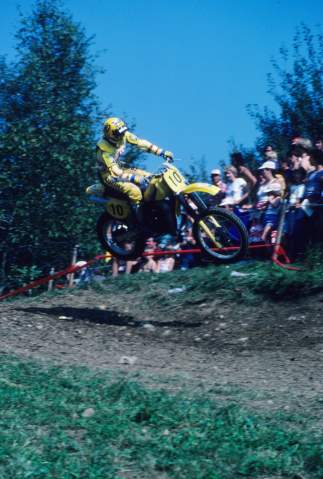 The shot of this number ten Suzuki rider was taken at the 1982 Trophy Des Nations. Name him! 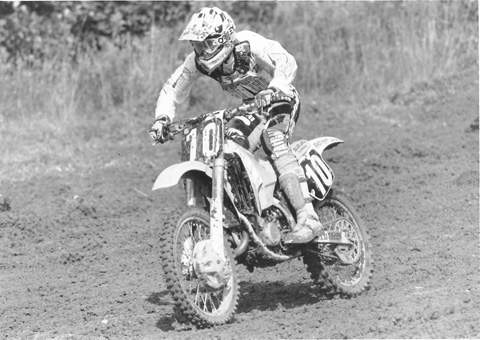 Larry “Big Bird” Ward raced with #10 in the ’91 and ’92 seasons aboard an RM125. Even though this is a black and white photo, it looks like this bike has a white rear fender, which would mean this was 1991. Ward won his home state national at Washougal that year. 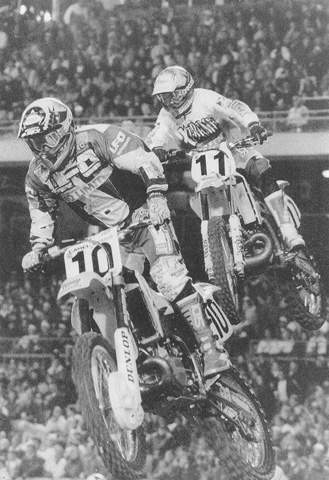 While Larry only dropped one digit to #11, the #10 stayed on a Suzuki when Brian Swink took over the reigns. Pretty cool to find this picture with the two of them! 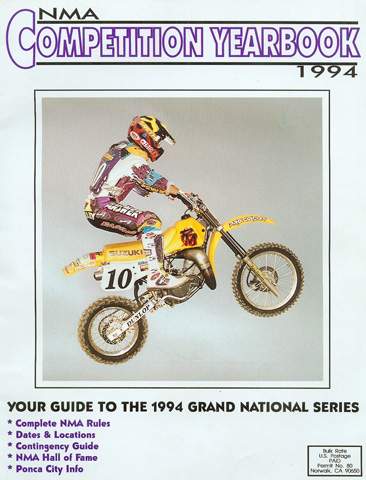 Check out this Ponca City event program with Charley Bogard on the cover. In my opinion, Bogard is one of the most underrated mini cycle riders of all-time. I raced against him the year this picture was taken (1993), and I can tell you that his speed was simply amazing. How fast was he? He beat Ricky Carmichael straight up at Ponca that year. Nobody ever, ever, beat RC. Bogard did though. 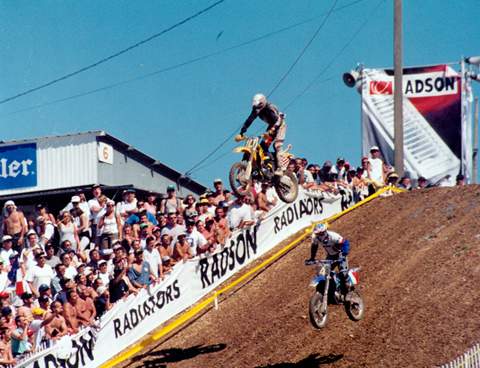 First there was Guy Cooper, then came the second mad man of motocross,Travis Pastrana. Travis’ battles with Stephane Roncada were legendary, but the crowning moment of their duels came in this picture. What do you think went through Ronron’s head when Pastrana’s #10 Suzuki fell out of the sky right in front of him? 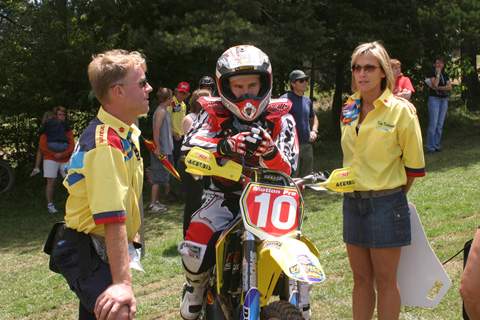 I was at the ITP Power Line Park GNCC this weekend to watch team FMF Suzuki steal the top four positions in the XC1 Pro class. It got me to thinking, that I remembered another off-road Team Suzuki rider that raced with #10. Here we have the MX Kied running the red number plate before it was cool. 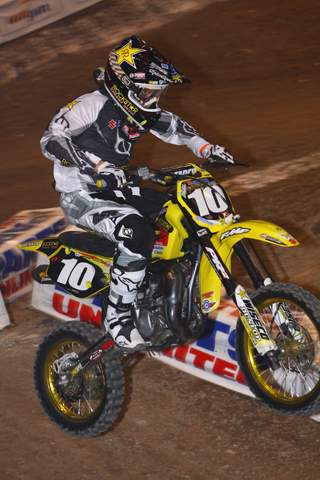 Wildomar, California’s Austin Politelli was the big winner in the Alpinestars 85cc Invitational at the U.S. Open last weekend. The word on the street is that he is a silent assassin. Politelli is one of those guys that came in under the radar to bust out a big win. 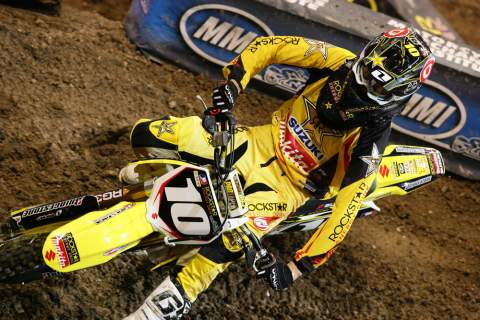 I have to admit that I thought it looked odd seeing Ernie’s #10 on Dungey's RMZ-250. But hey, numbers live on. Dungey had quite an interesting weekend, and had the speed to win even though he was on a small bore. Although, after his riding buddy James Stewart cleaned him out in the first corner on opening night, he had to ride the whole main event, sans left side grip. Mike Brown actually did that at Southwick the year he won the title in 2001. And Mike Brown raced the GNCC this weekend….but I digress…

OK, folks. Don’t get your riding pants in a bunch. There is a grand buffet of other #10s we have yet to go over. While researching this one I already set aside a Honda and a Kawasaki themed #10. Let’s wait and see if Dungey can win a title, then we’ll try it a different route.
Read Now
September 2022 Issue Now Available