Results Archive
Australian MX
Coffs Harbour
Articles
GNCC
Loretta Lynn's - eMTB Only
Articles
Amateur
Loretta Lynn's
Articles
MXGP of
Sweden
Articles
MXGP Grand Prix Race 1
Full Results
MX2 Grand Prix Race 1
Full Results
Upcoming
Motocross
Unadilla
Sat Aug 13
Articles
Upcoming
MXGP of
Finland
Sun Aug 14
Articles
Upcoming
Australian MX
Queensland Moto Park
Sun Aug 14
Articles
Upcoming
Australian MX
Coolum
Sat Aug 20
Articles
Upcoming
Motocross
Budds Creek
Sat Aug 20
Articles
Upcoming
MXGP of
Charente Martime
Sun Aug 21
Articles
Full Schedule
Welcome to the Shift Number Cruncher. Since 1998, the U.S. Open has become the biggest off-season supercross of the year. Everyone always looks forward to a trip to Sin City, but when you throw in a supercross race in the MGM Garden Arena, it provides quite a weekend. Diversity is what makes the USSX fun and interesting, and the race has seen just about everything there is to offer on two wheels. The wins at the event are truly memorable ones. Everyone gets excited when we do a #1 Number Cruncher, so let’s go back and take a look at some of the big winners over the past decade at the Open. 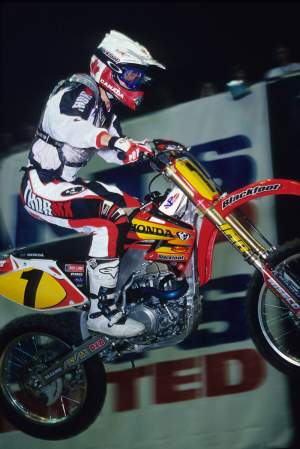 We are going to start with Blair Morgan because he is in all of our hearts right now. Blair suffered a horrible crash at the Montreal Supercross that resulted in a spinal injury. He has already begun the rehabilitation process and needs all the help we can give him. Morgan won the four-stroke class back in 2001, winning three of the four heats throughout the weekend. 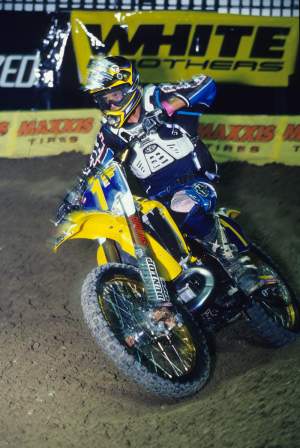 Jeremy McGrath was supposed to win the inaugural U.S. Open, which also marked the debut of Ricky Carmichael on a KX250, but after Robbie Reynard dominated the first night, everything was up in the air. When the glitter settled it was Damon “Huff Diddy” Huffman earning an underdog victory and a crisp $100,000 check. 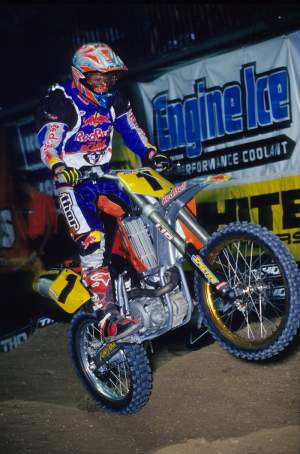 Kelly Smith was one of the first guys to dominate on a four-stroke. It’s safe to say that the KTM you see here, while super fast in its time, is a far cry from the one Nick Wey will line up on this weekend. Smith won the four-stroke overall in 2000. Finishing second? Damon Bradshaw, of all people! 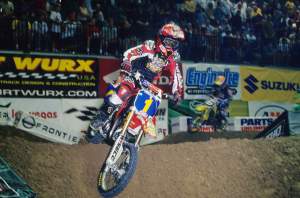 Mike Alessi raced the mini class at the inaugural Open as a pint-sized #800 on a Kawasaki. Four years later he would race a Honda with a blue-and-yellow number plate. One other interesting note: France’s Christophe Pourcel finished in the runner-up position. 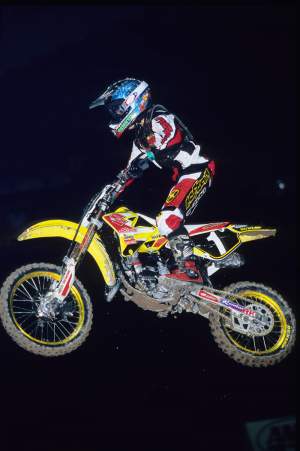 At first glance, I thought this was Davi Millsaps, but it's none other than Michigan’s Nico Izzi, who rode away with the mini class, winning over Josh Hill and Wil Hahn. Pretty cool that all three of those guys will be racing against each other this weekend. 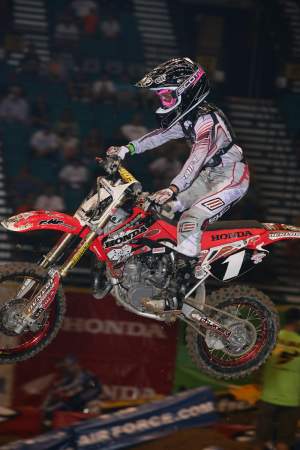 To get into the mini class during the 2005 event, you had to finish in the top twelve of the 85cc 12-13 class at Loretta Lynn's. Justin Barcia won the national title that year and took the big #1 to the U.S. Open, where he would win the final heat of the weekend but finish fifth overall. 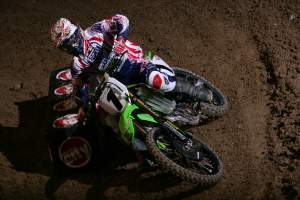 James Stewart has had an interesting career at the USSX. He won the mini class in 1999 and the Pro class in 2006. He has also mysteriously withdrawn from two events. Last year he took the #1 plate out for practice, set the fastest time, then decided he wasn’t ready to go the distance in the main event. He is set to race this year with #7 on a San Manuel Yamaha. 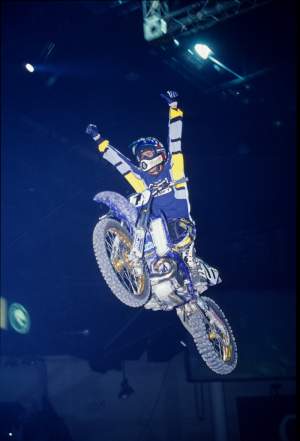 Okay, okay, he isn’t racing with #1 here, but I’m going to give #11 a chance because his win in 1999 was my favorite in the history of the event. The guy was walking around in leather pants and a sleeveless Shift T-shirt all weekend, then he rode out of the MGM Grand with a $100,000 check. It just doesn’t get any cooler than that.
Read Now
September 2022 Issue Now Available