The wheels rolled in two directions as soon as Ryan Dungey chose to retire after winning his fourth AMA Supercross Championship. In the present, Red Bull KTM had to hastily put together a press conference to honor Dungey’s accomplishments and his decision, celebrating his historic run with the brand. Dungey went out a winner, and he’ll ride into the Motorcycle Hall of Fame wearing a KTM hat, making perhaps the biggest impact any rider has had on a brand since his boss, Roger DeCoster, ushered in the sport’s Japanese takeover with Suzuki nearly five decades earlier.  Yes, Dungey’s success with KTM left a mark. But now his salary is coming off the books. That’s gonna leave a mark too.

Dungey surged so far with KTM that, in just six seasons, the brand transformed from small-market underdogs to a big-market, big-spending juggernaut bent on championships at any cost. When Ken Roczen wanted to leave a few years ago, KTM practically presented a blank check, saying it would match whatever his new team (RCH Suzuki) offered—and kick in bonus money during the final season of his existing deal. Roczen left anyway, but let it be clear that he didn’t leave for money.

On the surface, KTM looks okay thanks to Marvin Musquin’s rapid improvement. Two years ago, he was a strong 250 rider poised for the 450 class—a chasm many great talents never cleared. Dungey and Roczen jumped into the big class and won immediately, but many more have not, and things were shaky at the start of Musquin’s rookie season. In year two, he’s a weekly threat to win, and KTM wisely extended his contract through 2019.

That’s not enough. Just as KTM tried to keep Roczen alongside Dungey, they tried to convince Dungey to stay alongside Musquin. They invited him to test a prototype 2018 450 SX-F in hopes of convincing him to race another season. DeCoster once tried the same thing with Ricky Carmichael, getting him on a fuel-injected 2008 Suzuki RM-Z450 in early ’07, but in both cases, minds were already made up.

KTM stumbled into another threat with Blake Baggett, who can now be declared the official champion of the 2016 off-season. While many searched for work, Baggett had already jumped off the sinking Yoshimura Suzuki ship and gotten in good with Forrest Butler’s Rocky Mountain ATV/MC-WPS squad, giving the 2012 250 Class MX Champion access to factory KTM 450s. The move received little play at the time, but he’s been nothing short of a revelation, from huge advances in supercross speed to El Chupacabra sightings outdoors. Baggett could be a good Red Bull KTM running mate for Musquin, but he has a two-year deal with Butler’s team and would not want to replace Dungey as Musquin’s riding partner under the guidance of Aldon Baker (Blake’s been there, done that with Baker). Plus, he’s already on factory equipment. A chance could always come, but it’s unlikely.

Red Bull KTM usually employs three full-time 450 riders, although they don’t get three bikes on the track very often. Dean Wilson missed most of two seasons with knee injuries, and Trey Canard hasn’t fared any better, with assorted ailments throughout 2017. Wilson is still young and looking for his chance, but for Canard, who has battled the painful ups and downs as much as anyone, the prospects grow dim. Does he want to keep putting himself through this? If he chooses to go the same route as Dungey, KTM is left with an even bigger hole, but also a bigger pile of money to pursue free agents. Dungey’s departure creates the great stimulus package in the professional motocross and supercross pits. KTM can loosen the purse strings, big stars can fill the spot, and that will leave holes to fill elsewhere. Let the games begin. 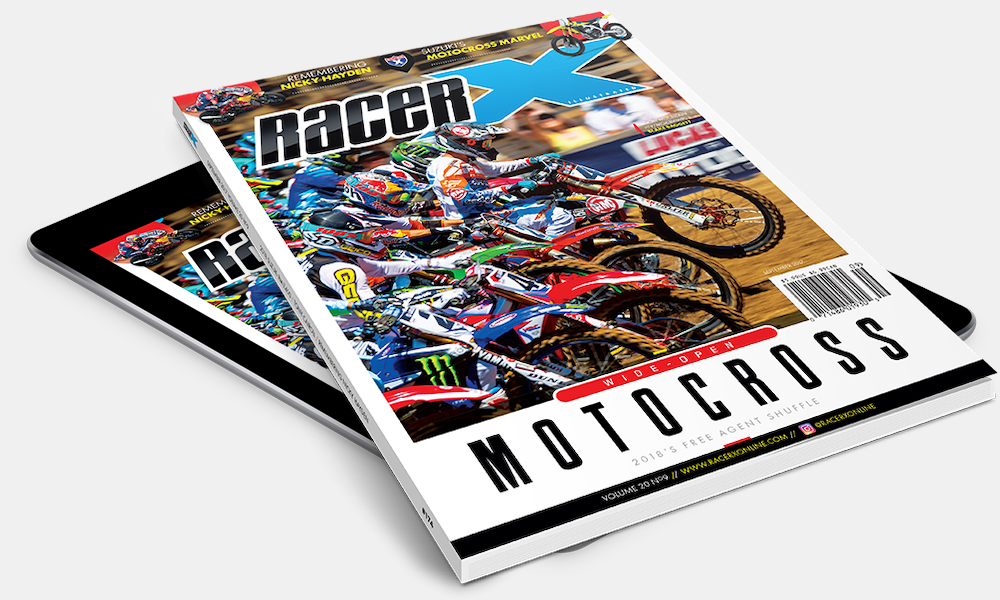