It’s Saturday morning at the GEICO Budds Creek National, and the riders are working on punchlines. Team co-owner Jeff Majkrzak comes in to join the fun. With six riders racing for the team, everyone scrambles for jokes about a lack of hiring standards.

“Jason, I think we need a few more riders on this team, eh?” Majkrzak says.
“Yeah, we had a contest, and anyone who wins gets to race one of the bikes,” Hunter Lawrence quips.

“Pull a fan out of the ticket line and gave him a bike,” Chase Sexton adds.

Seriously, this team has a lot of riders right now.

“We were ready to have seven bikes this weekend, if that’s what it took,” says new GEICO Honda team manager Josh Wisenor, recently promoted from crew chief after veteran Dan Betley chose to step away from the races. He has three fresh graduates from the Rocky Mountain ATV/MC AMA Amateur National Motocross Championship at Loretta Lynn’s ready to roll, as Jo Shimoda, Carson Mumford, and Jett Lawrence will race their first pro events alongside RJ Hampshire and “19-year-old veteran” Chase Sexton. Hunter Lawrence, Jett’s older brother, is out for the weekend due to a collarbone break, and Christian Craig is suspended following the discovery of a trace amount of heptaminol in a World Anti-Doping test from the 2018 Daytona Supercross. Christian and Hunter would have brought the total rider count to seven—and that’s not counting Jeremy Martin, out for the entire with a back injury. 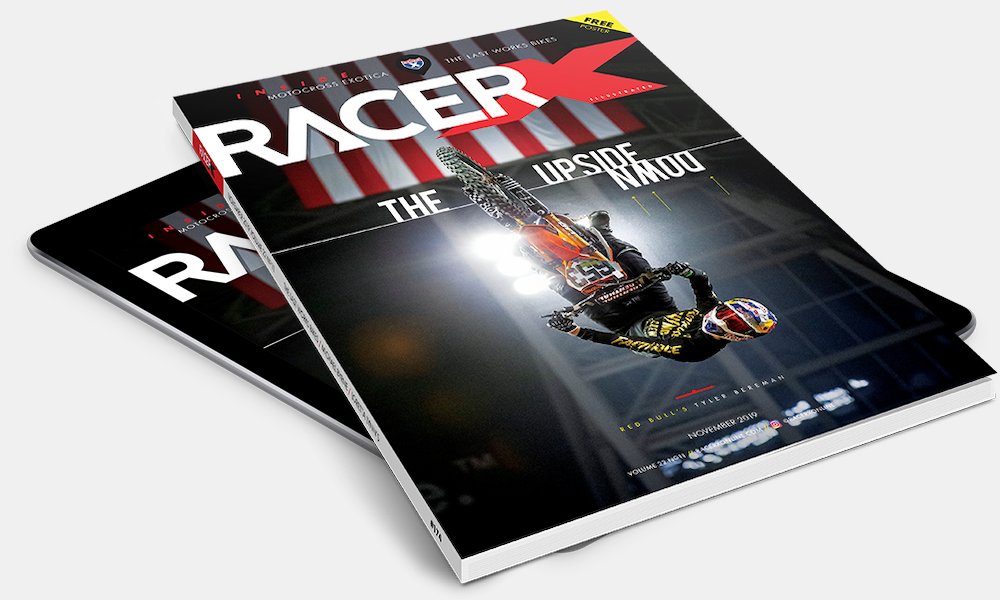