Listen to the podium speeches at the 2018 Rocky Mountain ATV/MC AMA Amateur National Motocross Championship at Loretta Lynn Ranch, and it sounds like the training facility is now woven into the Loretta’s culture as much as Mom and Dad and area and regional qualifiers. All the way down to 51cc Shaft Drive Class Champion Brayton Kreglow, who was wearing a hat for Matt Walker’s Moto X Compound, they’re grooming new talent. While Loretta’s has always presented a fair and equal test for riders from all over, the formula has certainly been established as a more likely path to success. It entails training in the East. It’s there that riders learn to cope with the humid weather and soft soil that are Loretta’s staples.

This year, at least, California fought back.

There was a time when motocross in America pretty much meant motocross in Southern California. Most of the industry was there, plus all of the magazines (save for this one) and most of the best riders. Throughout the 1980s, nearly every factory rider was born and raised in SoCal, and riders from that era can talk about endless riding land accessible right from their house—or, even crazier, being dropped off by their parents for a day of riding at now-defunct tracks like Saddleback Park or Indian Dunes. Much of that lifestyle is gone now, and so is California’s domination of the factory pro rosters. Florida has made major inroads, but the Loretta’s event itself has put the spotlight on every corner of the country. From Minnesota’s Dungey and Martin clans to the Tomacs in Colorado, the next Stewart/Carmichael from Florida, or last year’s AMA Nicky Hayden Horizon Award Winner, New York’s Justin Cooper, the opportunity is there for all. 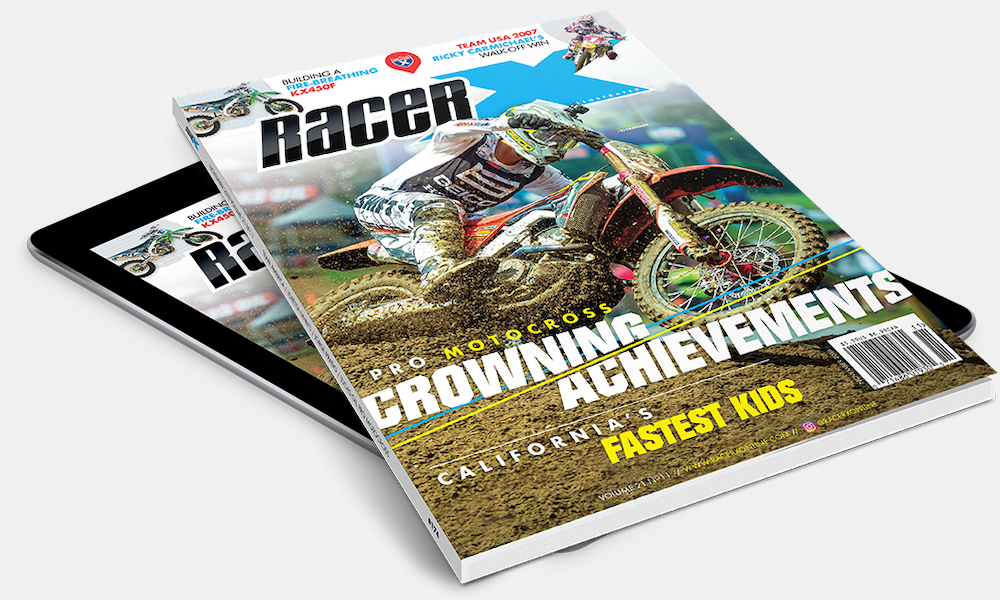