In the summer of 2013, Adam Cianciarulo, the highly touted prodigy from Florida, finally lined up for his first pro race, at Budds Creek, Maryland. Armed with a long-term Monster Energy/Pro Circuit Kawasaki contract, the 16-year-old was supposed to start racing at the start of Lucas Oil Pro Motocross, then it got pushed further when he came down with acute salmonella poisoning before the opener.

Finally, on June 22, 2013, Adam Cianciarulo went to the starting gate at Budds Creek and did exactly what he was expected to do: holeshot the race and took off. Unfortunately, he didn’t get far before a whole slew of seasoned pros starting pressuring him. Used to being comfortably out front in his minicycle days, Cianciarulo began losing positions. He fell to second, then fifth, then tenth, eventually finishing 14th. The second moto was even worse.

“Once those guys see any weakness—like when Jason Anderson got by me for fourth—they are right on you, and there or four more guys, they were by me in an instant,” the humbled rookie admitted afterward. “They smell blood in the water, and they go for it. It’s unbelievably competitive. Compared to amateur races, it’s almost like a different sport. . . . All these guys are no joke, and it’s definitely going to take me riding the best of my ability to get close to these guys.” 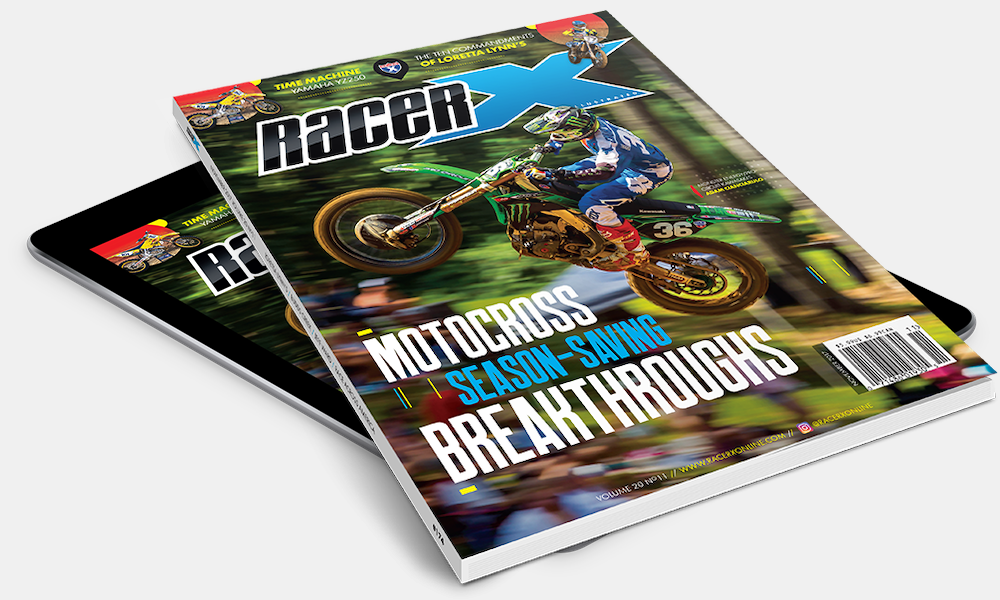