Twelve minutes before opening ceremonies, Cooper Webb is still gearing up. The quick-change artist—“I don’t use knee braces”—straps on a chest protector and, with perfect timing, adds, “I’m still not puffing my chest out. I’m still not the man.”

The old Cooper Webb wouldn’t have been so humble, his shocking 2019 career turnaround providing ample trash-talk material against doubters and rivals. He’s a changed man, though.

“I got a talk from everybody when I first got here,” he says.

They’ve told him a lot.

Cooper Webb’s days in the 250 class were elevated to performance art: after watching him win, you’d stick around to hear what he said about his rivals. Trash talk is pretty rare around this sport, but Webb slapped convention, as well as his competition, in the face. That attitude was a product of several factors, Cooper citing his rugged Southern sensibilities, as well as the maturity (or immaturity) levels of the junior class in general. 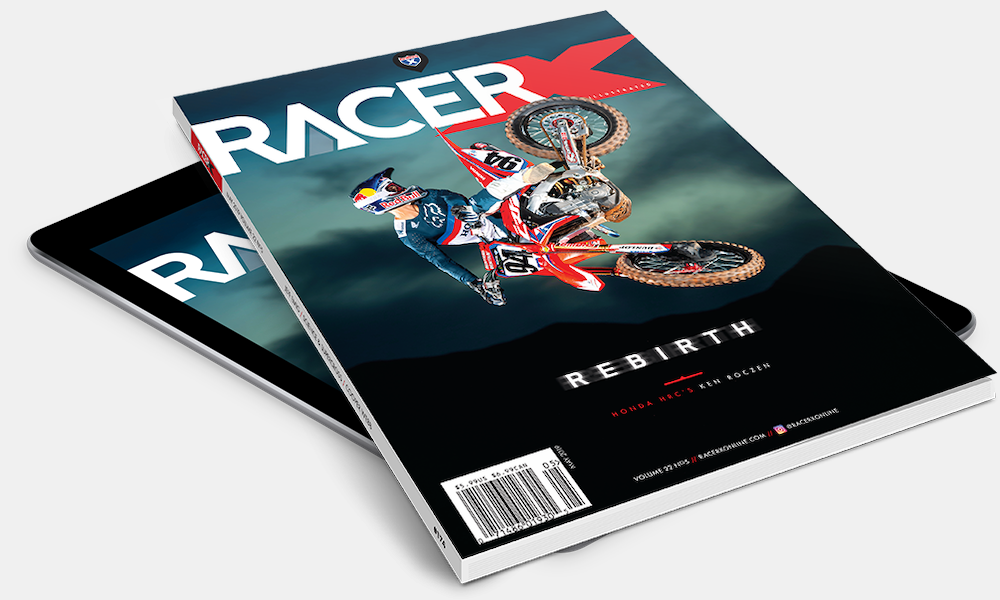