Mike Tyson once said “Everyone has a plan until they get punched in the mouth.” Well, racing does the punching here. The Monster Energy AMA Supercross contenders we primed and healthy for 2018, with a quiet off-season devoid of injuries. The top riders can routinely go months on end, logging hundreds of laps, without a big crash at a test track.

Then the racing starts and it all changes. Why? Because competition.

“I was thinking the other day, we ride at the Corona track in California there for the first two months of the series, and I literally had one crash the entire time,” said Eli Tomac, who crashed out of his ’18 championship chase just seven laps into the season—while leading. “Then you go to race, and then you wad it up just like that. So you can be on this high, and then all of a sudden it goes crashing down like that.”

“I hadn’t crashed through the entire off-season, and then I come out here and crash four times. So what does that tell you?” said GEICO Honda’s RJ Hampshire of his performance at the Dallas 250SX East opener, where he was leading at one point.

Justin Barcia and Justin Bogle failed to clear triples in Dallas and San Diego, respectively. That was okay—until other riders landed on them, effectively ending their seasons. Ken Roczen’s dream return from a nightmare 2017 ended abruptly when he tried too hard to pass Cooper Webb and went down, his arm going in between Webb’s spinning back wheel and swingarm. He found himself back at the same hospital with the same doctor who fixed up his other arm last year.

Marvin Musquin got passed in the whoops in Houston, tried to up his pace, and flipped into the dirt. The common thread of each of these crashes? Competition and competitors. And it makes the routine consistency of the previous supercross champions, Ryan Villopoto and Ryan Dungey, seem not very routine at all.

The first reaction to this problem is to try to solve it. Good luck. We’ve been here before (and yes, before four-strokes). Dungey logged the most consistent career in history, smack dab in this era of 450s and big leaps. His skill is not to be taken for granted. Tomac would use his long, safe off-season as an example that 450s and supercross tracks alone don’t create danger. But it all changes when mixed with competition. Dungey, at times, was criticized for not being aggressive enough, for being hesitant to make passes, and for quelling drama between himself and fellow riders.

I’ll even let you in on a Dungey secret: he once revealed to me that there was a certain rider he didn’t even want to get side-by-side with, for fear that they could crash into each other. Dungey wasn’t just consistent because he “backed it down,” as many would like to say. He was never happy finishing second or third. He did, though, take steps to reduce the variables. He wouldn’t get too caught up in the battle, and he would not race with emotion. He didn’t try to force passes like Roczen did with Webb.

Roczen has been especially outspoken (as usual) to those who categorize crashes as mental errors. It doesn’t take a lapse of concentration to go down. 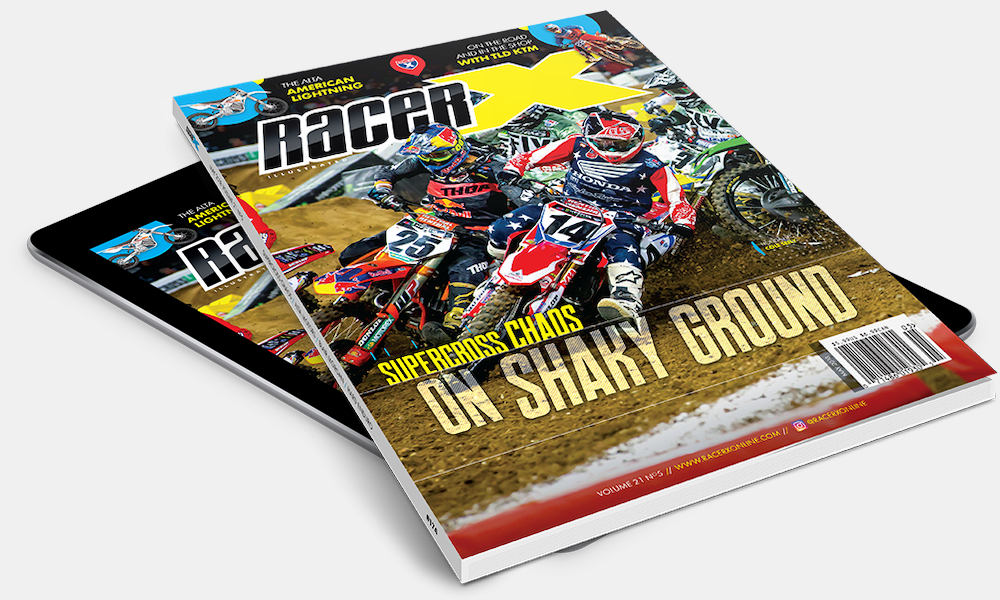