While Zach Osborne stood atop the Sam Boyd Stadium podium and hoisted both his trophy and the #1 plate as the 2017 AMA 250 SX East Region Champion, off to the side, a phalanx of men surrounded Joey Savatgy. Hunched over the handlebars of his Monster Energy/Pro Circuit Kawasaki KX250F, Savatgy was fighting tears of disbelief. His mechanic, Justin Shantie, looked equal parts angry and devastated. Former supercross champions Johnny O’Mara and Ricky Carmichael, who had been working with Savatgy, stood grimacing. Actually, Carmichael looked livid.

Savatgy, his title practically guaranteed when Osborne and others went down in a first-turn pileup, had let Osborne come back up on him and take away what would have been his first championship. It was a brutal scene.

Now, at the Kawasaki test track below Corona, California, Savatgy and teammates Martin Davalos and Adam Cianciarulo are putting in laps and striking poses for the 2018 team’s photo shoot. Relaxed and seemingly enjoying not being on a stopwatch, the three are at ease, and it’s evident they’re friends—a rare thing in this business. 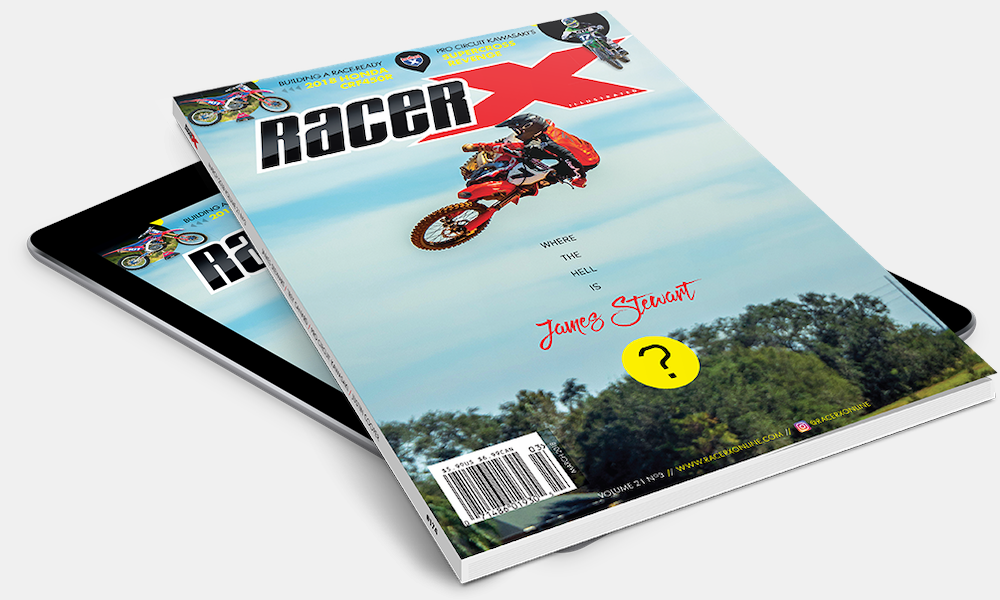