MXGP is on the verge of very unusual narrative: a factory team with two A-list contenders, riding the same bikes and under the same awning, having finished 1-2 the previous year. Red Bull KTM boasts an embarrassment of riches with a combined 12 FIM Motocross World Championships between Tony Cairoli and Jeffrey Herlings, but they will also need to massage a potentially delicate and sustained tussle for this year’s crown. It is a rare scenario, the likes of which we haven’t seen since the Honda HRC days of the 1980s.

Herlings and Cairoli stood on the same battle lines in 2017, but Herlings, the 23-year-old Dutchman, was a rookie on the 450 SX-F. Cairoli, the 32-year-old Sicilian, was embarking on a career renaissance after two injury-hit seasons in the wake of a nine-year/seven-title squeeze of MXGP. They grinded plastics on at least two occasions—both in the sand—and gave tantalizing glimpses of how 2018 could play out with the points tables cleared and both in good health.

Points and motos were shared in Argentina for the first round of MXGP in early March, but Herlings’ onslaught to erase a nine-second deficit to his teammate and claim the day’s overall was emphatic, aggressive, and utterly impressive. It was the first installment of a scrap that a great many hope will endure and not fall victim to injury or circumstance.

At the Neuquen circuit that weekend, the five Red Bull KTM riders (including MXGP rider Glenn Coldenhoff and MX2 protégés Pauls Jonass and Jorge Prado) shared a small and indiscreet changing area in the temporary paddock. Perhaps not an arrangement that can be maintained as the story of 2018 unfolds, but it says a lot for the cordial relationship between the two biggest hitters in Grand Prix this decade, and for the way KTM wants to approach the contest. Separated by almost ten years and 15 fifteen Grand Prix wins at press time (Cairoli’s 83 to Herlings’ 68), the duo has a skeletal friendship that is dwarfed by mutual respect. 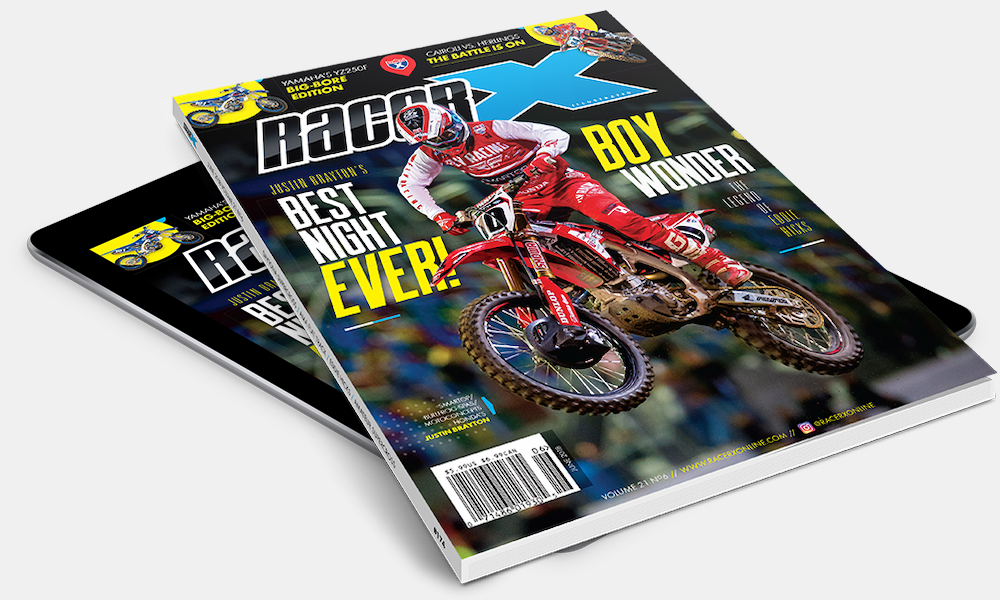