Retiring from professional racing can be a difficult decision—maybe that’s why James Stewart can’t quite bring himself to do it officially. Reaching the finish line means going from the fast lane of competition to the much slower pace of civilian life. The camaraderie of the race team is replaced by the oftentimes mundane routine of “real life.” Maybe that’s why so many guys are tempted to try to make a comeback, just to hear the roar of the crowd and feel the excitement of racing again.

In the weeks before the 2001 Daytona Supercross, Damon Bradshaw had started racing again locally around his North Carolina home. This was effectively four years after he’d retired from professional racing—for the second time. Mike LaRocco’s Amsoil Honda team heard Bradshaw had been riding again and offered him a chance to ride the Honda CR125 they had on the truck.

“I didn’t even know this was going to happen until Thursday,” Bradshaw said just before that morning’s practices, having last raced a 125 at the 1991 Motocross des Nations. After the first practice session, Bradshaw admitted, “I’m trying to get used to the track. It takes me longer to get the jumps down, but I didn’t feel too bad.”

He eventually opted out of lining up and trying to qualify, but he did say he’d consider doing some Nationals that summer. That didn’t happen either, but within a year, he had put together his own team to race arenacross.

“The arenacross thing, that was awesome,” he recalled. “I was back to the roots of traveling in the motor home, but yet I was doing all the driving and it was my own little team. My goal was to try to build it up over a three-year period that I thought I would ride and then give kids the opportunity to climb through that and on to supercross. But then I had the worst injury of my career and it was over.” 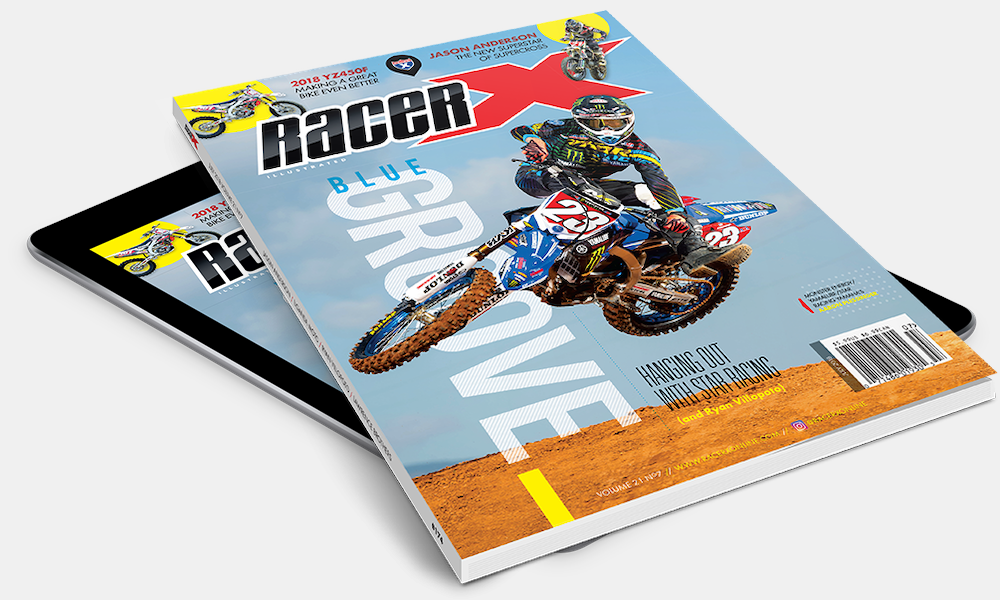