The world has seen so much of Travis Pastrana over the last 20-some years, but his real essence could only be seen here—where most of the world couldn’t see him. The riders were trying to dissect a particularly difficult rhythm lane on Friday night during practice at the sixth edition of Red Bull Straight Rhythm. The event is designed as the anti-serious anti-race, eschewing the basic principles of corner speed and fitness and replacing them with only the fun stuff. Instagram as opposed to Facebook.

The race is now so crazy that the lack of turns barely registers as weird. Red Bull Straight Rhythm is now a two-strokes-only love affair with nineties retro. Retired riders (like Pastrana) are often the stars, and one time Ronnie Mac and Gared “Stank Dog” Steinke actually met in the finals. It’s not an event to be taken too seriously.

At least, not until the racers—even retired ones—trained their eyes on a possible triple-quad-triple jump combo. Then it turned serious. Because these guys are racers, and even clad in costumes and riding late-model bikes, they can’t help themselves. 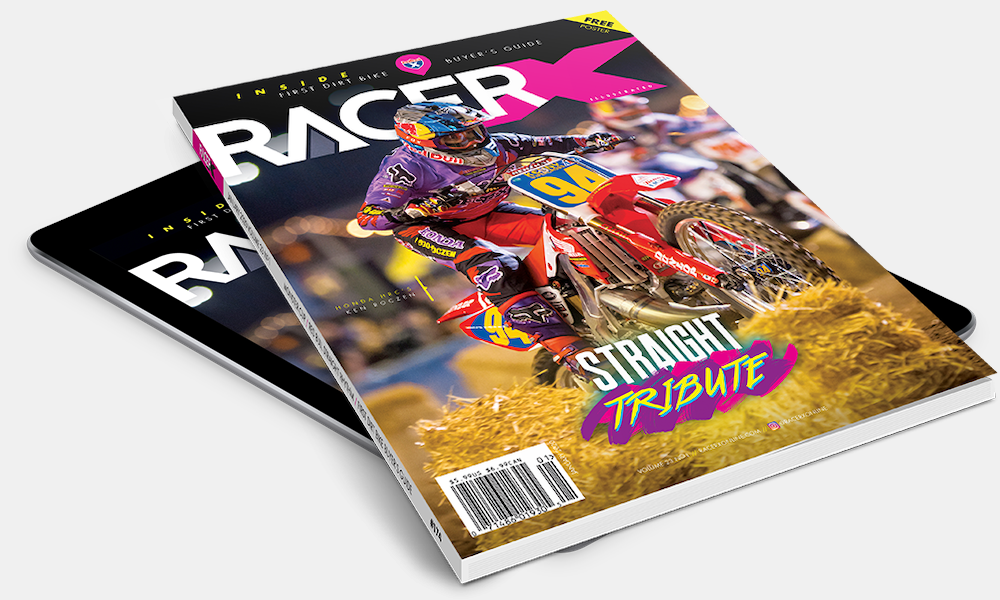