It’s safe to say that the 2018 Monster Energy FIM Motocross of Nations was the biggest outdoor motocross race this country has ever held. Sure, we’ve hosted the MXoN before—Unadilla ’87, Budds Creek ’07, Thunder Valley ’10—and all were successful. But the RedBud crowd was something else, as fans from all over the globe poured into tiny Buchanan, Michigan, to watch the world’s best current riders compete on one of the most famous motocross tracks ever. Youthstream announced the final weekend attendance as a jaw-dropping 81,700, which is more than they get right down the road for University of Notre Dame football games in South Bend, Indiana.

Many of those fans came in large part to see the track and facility as much as the race itself. That’s because over the years the rest of the world has only heard about what a superb place the Ritchie family built up after they started hosting motocross races there in the early seventies. RedBud has held quite a variety of races over the years, but never an FIM Grand Prix, let alone the Motocross of Nations, until the ’18 MXoN. But over the years, the RedBud National, long the centerpiece of the Lucas Oil Pro Motocross Championship, has built a loyal national following. And as the world has become a smaller place and broadcasts of the RedBud National and its die-hard fans started showing up everywhere, a global fan base started putting RedBud on their bucket list. Riders, too, as the track design and preparation get high marks every summer. And who wouldn’t want to say they tried LaRocco’s Leap, arguably the most famous jump in motocross?

After RedBud was named host of the ’18 MXoN last year, Tim and Amy Ritchie, who took over the track from their parents, Gene and Nancy, reached out to Racer X Illustrated to see if we would be interested in producing the event program, as well as helping out with some online marketing for the big race. We immediately said yes, then began combing our archives for photos of past RedBud races. We were having a hard time finding anything older than 1991, which was my own first visit there while shooting for Cycle News. Then I remembered seeing a photo of my big brother, Tim, racing RedBud’s 1981 AMA Amateur National, the last of the pre-Loretta Lynn’s era. The photo credit on the back read “Werner Straube.”

Werner grew up in Toledo, Ohio, in a motocross racing family. He also loved to shoot photos of his family and friends when he wasn’t on the bike himself. And they went to RedBud often for the annual pro national and even older Trans-AMA and Trans-USA races. He shot awhile for Cycle News, then became a commercial photographer in Chicago. Fortunately, he never lost his passion for motocross, and when social media became a thing, he started scanning and sharing his old motocross photos on Facebook. 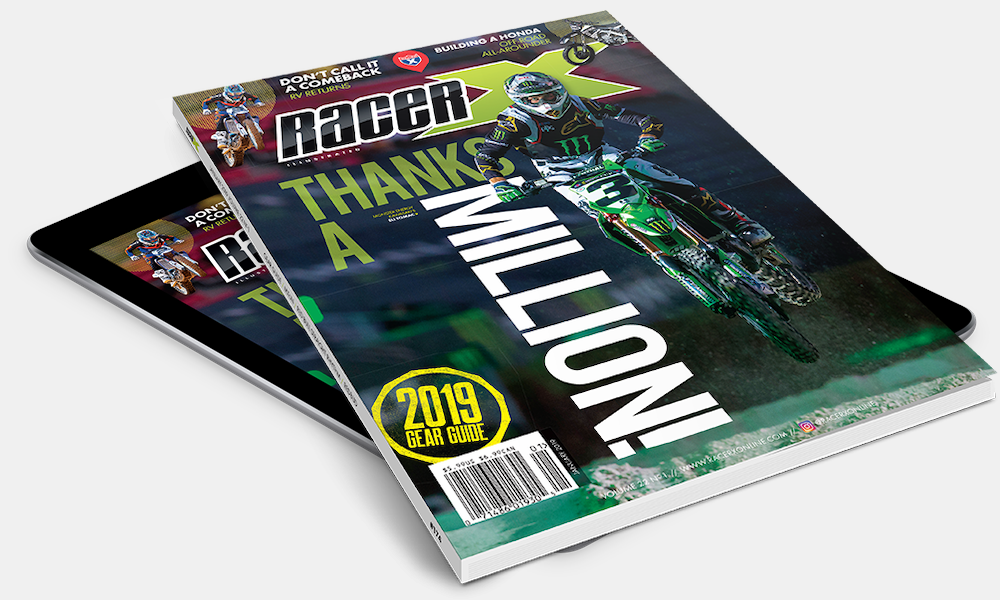