Gerald Deleo has stories. The native Californian, now 84, can tell you all about his Corona Clay Company, family-owned and operated since 1948, then incorporated ten years later. It guarantees its product 100 percent. In nearly 60 years of business, Jerry says they’ve never had a complaint they couldn’t rectify. He says he’s up around 4:30 every morning and immediately heads toward a site and jumps into one of his gigantic pieces of heavy equipment. He proudly talks about his massive, sprawling crusher, which mines and refines red clay that, when ground and screened to a pure, rich dust, comes to life as the infields and pitcher’s mounds for the San Diego Padres, Los Angeles Dodgers, and Los Angeles Angels. But the product Jerry really wants to talk about is his batch of supercross tracks. These are the factory test tracks that Deleo began farming more than three decades ago and which, to this very day, he manages and oversees with keen eyes.

If you follow Interstate 15 south of the 91 to Exit 88 and Temescal Canyon Road, then take a few sweeping lefts and rights, you will soon find the Corona Clay Company. From there, look up to the surrounding hills and mountains and just listen. Mixed in with the clanking and groaning of heavy equipment are factory-spec 250cc and 450cc supercross bikes. From November to January, these Gavilan mountains hills become the supercross world’s center of speed, as each of the Big Six motorcycle manufacturers—Kawasaki, Honda, Suzuki, Yamaha, KTM, and Husqvarna—have their test tracks nestled in the same 17-acre parcel of land. And Jerry Deleo oversees them all. 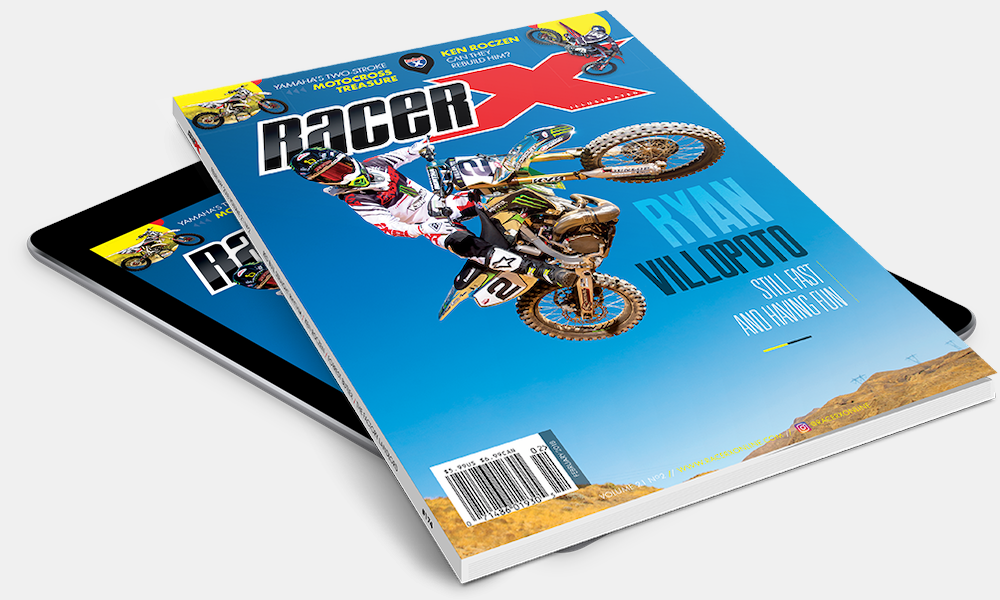