Eli Tomac has emotions. He just doesn’t turn to the media—be it the traditional press or social media—to express them. That makes him much different from his peers, such as the open book that is Ken Roczen, the long-winded storyteller Marvin Musquin, or what-you-see-is-what—you—get Jason Anderson.

When Eli gets heated, such as with Marvin Musquin’s Foxborough Supercross bump-and-run, he doesn’t mince words, but once he’s spoken his piece, he moves back into his quiet corner of the world, at home in Colorado, to renew operations well outside the established motocross social circles in California and Florida.

That’s by design: Tomac would rather let his riding do the talking. But while that riding usually speaks volumes, it also leaves one question unanswered. At times, Eli goes so fast that he almost appears inhuman. But every so often, a mistake appears that sends hopes crashing down. Why?

Eli Tomac doesn’t seem overly concerned with celebrity. He also doesn’t want to give the competition a window into his inner thoughts, so he certainly won’t post videos showing his riding techniques, and he’s not going to expound on subjects and project strengths or weaknesses. All of which makes Eli appear a little bit cold and distant. Is he nice? Mean? Humble? Arrogant? Hard to tell with so little evidence to go by. 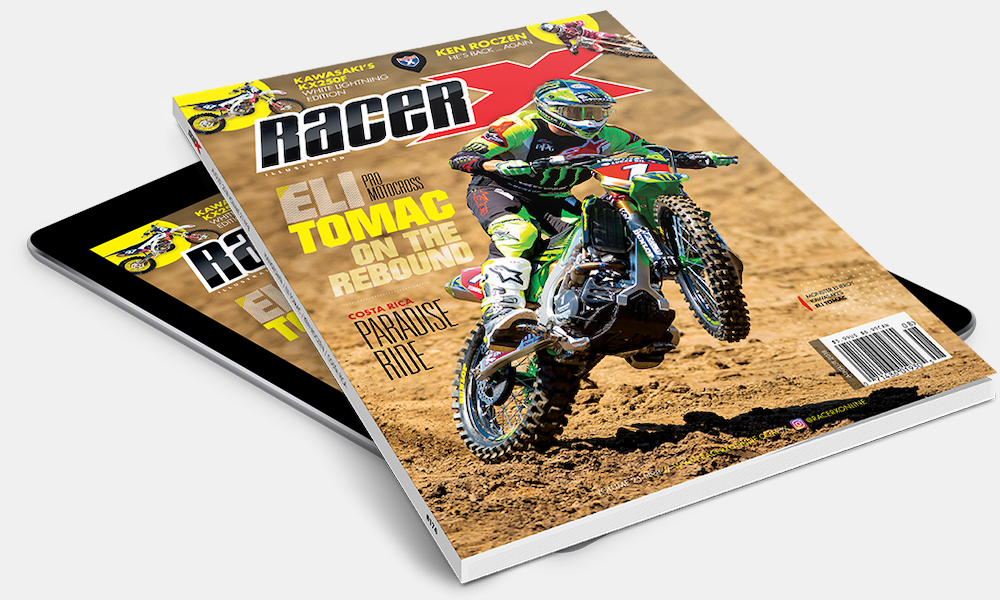