Shortly after the return trip from Loretta Lynn’s 2020, where the 39th Annual AMA Amateur National was followed by the first Lucas Oil Pro Motocross doubleheader, I was looking for some old slides in the Racer X archives when I came upon a sheet of photos from 2003. It was some kind of minicycle race featuring a young Ryan Villopoto and an even younger Zach Osborne, as well as Kyle Chisholm, Matt Boni, and Bradley Graham. It was a race I couldn’t recall from that era—they didn’t have Loretta Lynn’s bibs on, nor was it the NMA Grand Nationals at Ponca City, or the Team Green Spring Nationals from Lake Whitney, Texas. But the trophies Ryan and Zach were holding looked amazing, so I scanned the pics and texted one to Osborne with a question mark. 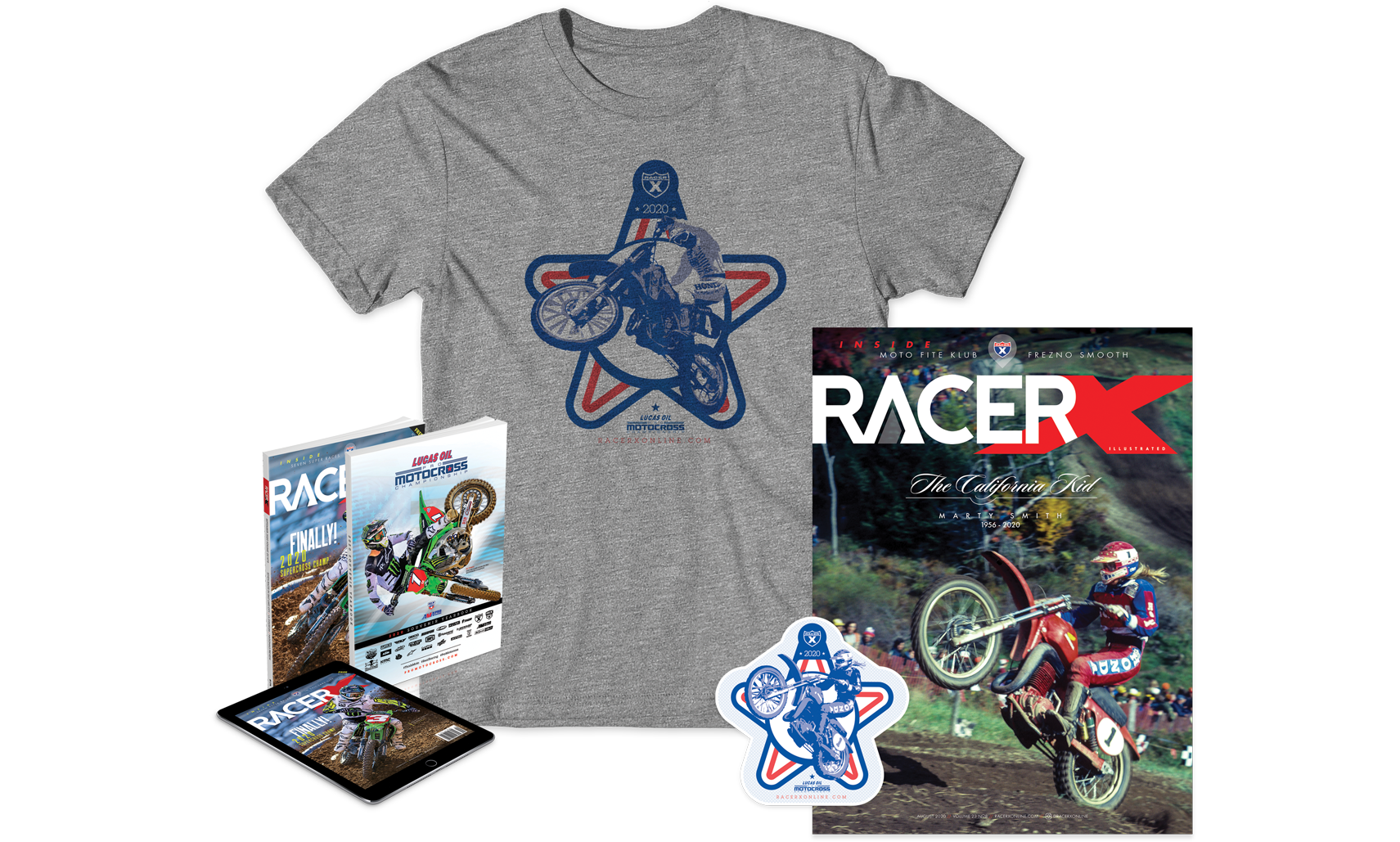