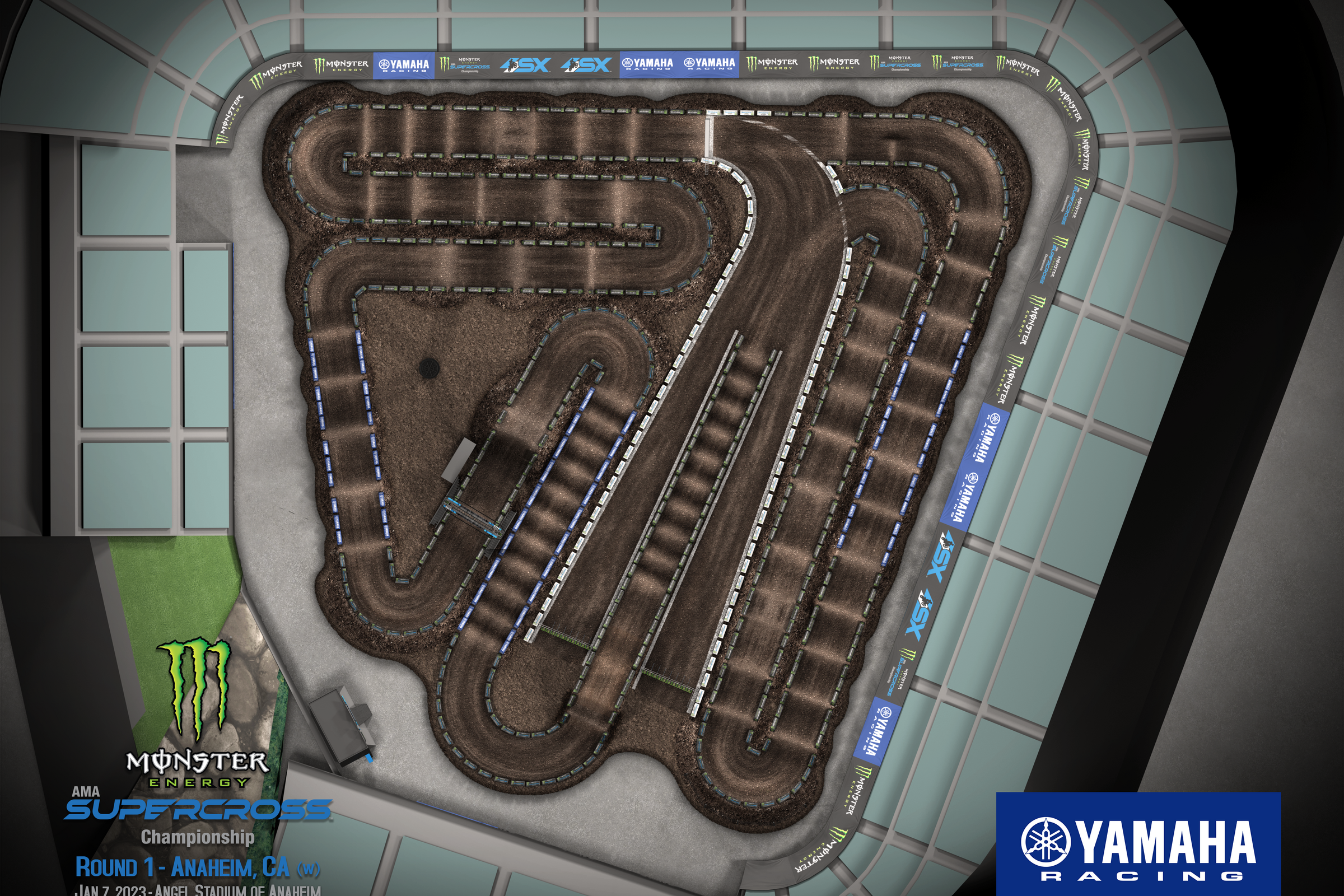 Feld Motor Sports has released 16 of the 17 track maps (round eight at Daytona International Speedway is not a Feld event) for the 2023 Monster Energy AMA Supercross campaign.

The season kicks off in Anaheim on January 7, at Angel Stadium.

An interesting note for round 11: Monster Energy Supercross, The Official VideoGame 5 released last spring, brought back the classic track editor feature where gamers create their own in-game track designs. For the second year in a row, Milestone, the video game maker, conducted the popular Track Editor Contest from April through June where the winning prize was to bring one virtual track design to life during the 2023 championship. Round 11 in Seattle will be inspired by the winning design from the video game track editor contest.

Let us know what you think of the new track designs below.