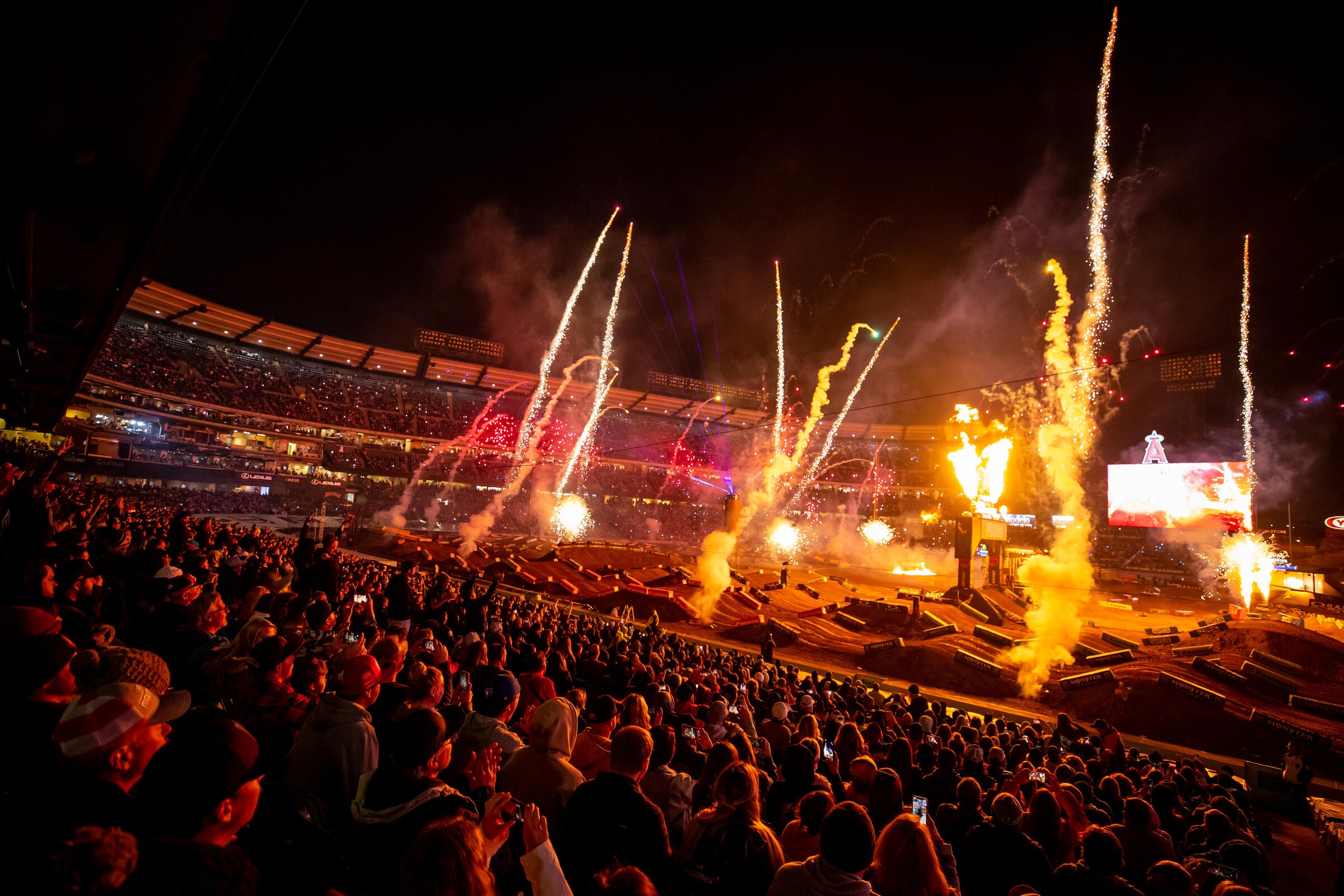 Today, Feld Entertainment (promoters of Monster Energy AMA Supercross) and MX Sports Pro Racing (promoters of the AMA Pro Motocross Championship) took to the Los Angeles Memorial Coliseum in Los Angeles, California, for a joint press conference. The press conference covered details on both AMA Supercross and Motocross, as well as all-new SuperMotocross World Championship, which will be a three-round playoff-style series in September and October of 2023.

The 2023 AMA Supercross season will begin on January 7 in Anaheim, California, with the Anaheim 1 Supercross at Angel Stadium, and will conclude on May 13 in Salt Lake City, Utah, at Rice-Eccles Stadium. Rice-Eccles Stadium will host the AMA Supercross finale for the fourth consecutive season. The home of the University of Utah Utes famously hosted the final seven rounds of the COVID-19 impacted 2020 season, and the May 2023 finale will be the venues 13th time hosting a round of AMA Supercross since the start of 2017 season.

-There will be a total of:

-The Glendale, Arizona, round usually set in January is scheduled for April 8

-The series will visit:

We are awaiting an official press release from Feld Entertainment soon, but here is the full, official schedule.

The AMA Pro Motocross Championship season will begin on May 27 with the one and only race at Fox Raceway at Pala, the Fox Raceway National. The 11-round series will conclude on August 26 with the Ironman Raceway.