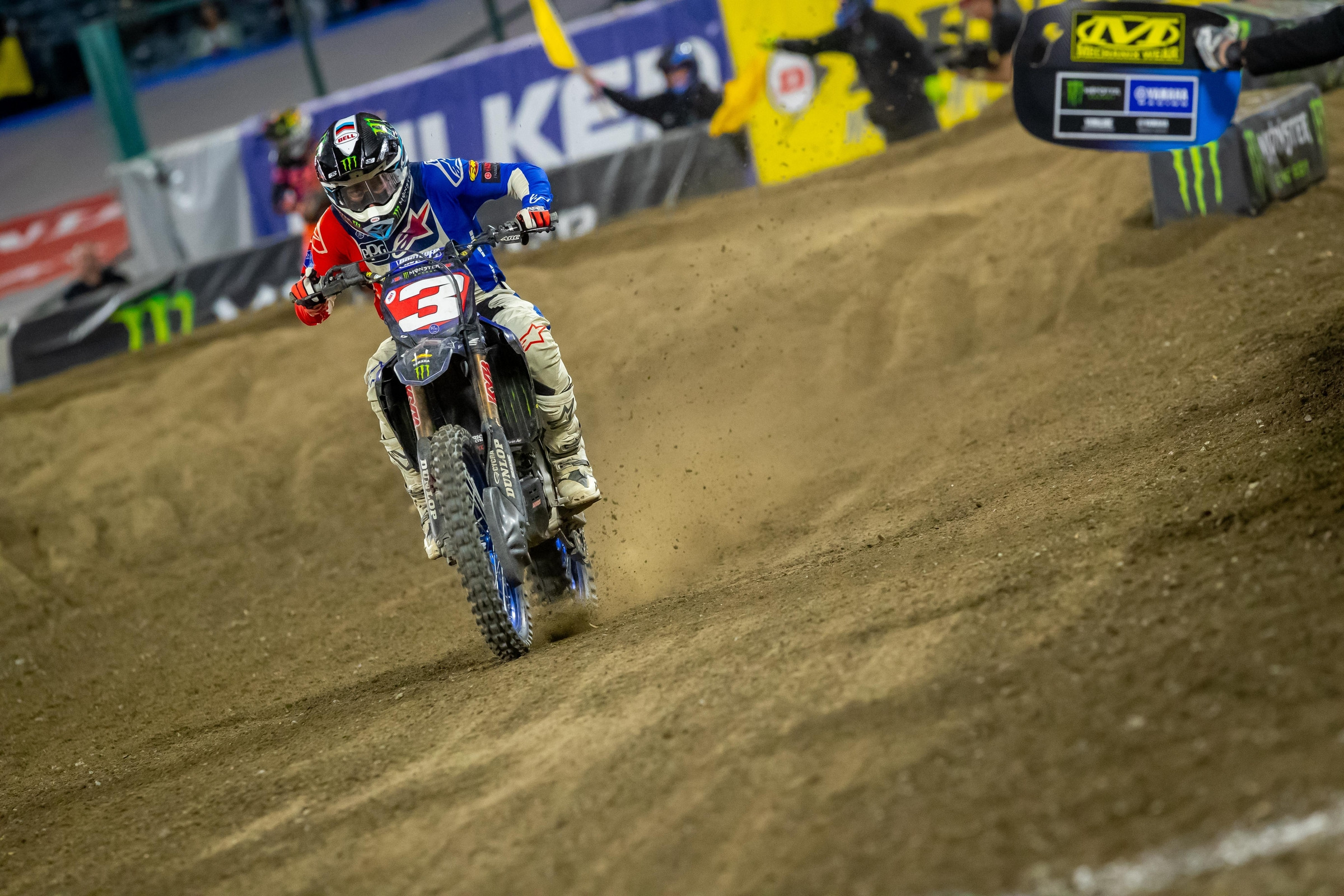 When Monster Energy/Star Yamaha Racing riders Eli Tomac and Christian Craig won their respective classes last Saturday night in Anaheim, they handed Yamaha the brand’s first clean supercross sweep since Justin Barcia and Justin Cooper did it in 2020. That got us wondering just how often a single brand takes home all the marbles on any given night. Well, it turns out it’s actually pretty common, thanks largely to the twin firepower provided through the years by Tomac on a KX450 and the Monster Energy/Pro Circuit Kawasaki squad in the 250 class.

Since brand sweeps are so common, that prompted us to dig a little deeper to find out when the last time teammates actually pulled off a double win. That's what Tomac and Craig did at Anaheim 1. That, we learned, is incredibly rare these days, due in part to multiple factory 450 and 250 efforts existing in different teams. And even when Rockstar Energy Husqvarna Factory Racing pilots Jason Anderson and Zach Osborne both won supercross titles in 2018, they still didn’t happen to win races on the same night!

Excluding the recent wins from Tomac and Craig, you have to go all the way back to 2015 to find the most recent example of teammates bringing both trophies back to the same pits—Ryan Dungey and Marvin Musquin did six times for Red Bull KTM that year. We marked down every race in which a brand has won in both classes since 2015 in the list below. The rarity of actual teammates making it happen speaks to just how monumental of a night it was for Star Racing last Saturday in Anaheim.