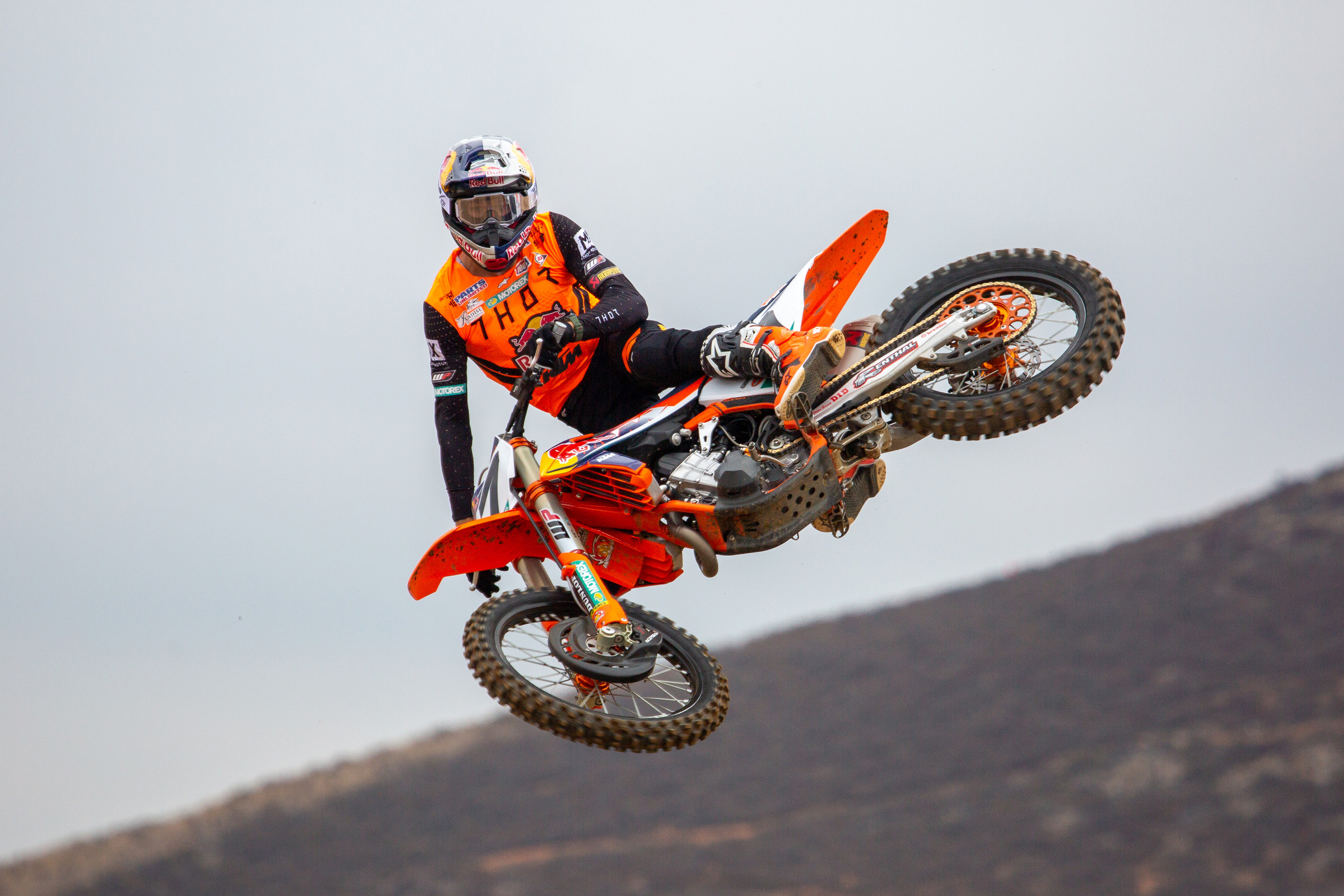 Aaron Plessinger became the last major piece of the silly season puzzle to officially land last week when Red Bull KTM Factory Racing announced they had signed the Ohio native to a two-year deal. Plessinger, 25, is entering his fourth year in the 450 Class and will be behind the gate in 2022 aboard a machine that isn’t a Yamaha for the first time in his professional career. In some ways, it seemed like Plessinger was finally figuring it all out with Monster Energy/Star Yamaha Racing and it’s strange to see him move teams, but in other ways, he’s joining a consistent proven 450 Class program that might be the move to really propel Plessinger into the elite ranks.

He’ll be teammates with reigning Monster Energy AMA Supercross champion Cooper Webb, he will work under the tutelage of Roger De Coster and Ian Harrison, and he’s going to train with the most successful trainer in the history of our sport, Aldon Baker. How much this change will affect Plessinger’s career either positively or negatively will be one of the key talking points leading into the new year, but Plessinger believes this was an opportunity he couldn’t pass up.

“It’s awesome,” said Plessinger on this week’s PulpMX Show. “Right now, I’m having a really, really fun time working with Roger, Ian, and all the guys over there. It’s been an unreal experience joining that team, and they’re putting it all on the line for me. I’ve told Ian, I’ve never had this many consecutive days that were really fun for me, and it’s getting better from here! We’ve been doing a lot of testing and riding. I’m amped to join the whole Aldon Baker’s Factory, it’s a dream come true.”

Baker and Plessinger from the outside may seem like an odd pairing. Baker is known for his regimented training program that has even resulted in speculation that his program “burns up” his riders. Webb even left the program during this past Lucas Oil AMA Pro Motocross Championship season and moved to the 83 Compound instead. As for Plessinger, he’s one of the most outgoing personalities in the sport. There’s no question he works hard, but he also loves to loosen up by rocking patriotic attire, blasting country music wherever he goes, and does so with a huge smile on his face.

So, can Aldon’s program gel with an enigmatic personality like Aaron Plessinger?

“Yeah, I think it’s definitely going to be serious,” said Plessinger. “But I think with myself, Mookie [Malcolm Stewart], and RJ [Hampshire], I think we’ll make it fun. We’ll change the vibe there a little bit, as long as it’s under Aldon’s guidelines, for sure. I think you can’t take the fun out of it when you have two of the most fun guys in motocross there training and with each other every day. I think it’s going to be a good change and definitely hard at first, but a lot of people have done it before, and a lot of people have been successful. As long as I keep my head down and charge, we’ll be good.”

Another thing to consider beyond new program and new trainer, is also a new bike; and quite a different one at that. Most modern 450F’s are so good that the consumer level might not notice a huge change, but Plessinger is going from an aluminum frame, backwards engine Yamaha to a steel frame and nimble KTM. Yamaha’s struggles in the 450 Class with their current generation of motorcycle has been well documented, but with Star Racing in 2021, they found a turning point. Plessinger had a career year in the 450 Class with multiple podiums, and Dylan Ferrandis won the 2021 Lucas Oil Pro Motocross Championship on that very bike.

But that’s now the past for Plessinger and his future lies with a KTM underneath him. They are coming with a new motorcycle for 2022 (essentially the 2022.5 model) and Plessinger will have to learn the new brand while the brand learns more about their own new bike. That might not sound ideal, but KTM’s track record of development in the 2010’s and onward has shown consistent and immediate success. Cooper Webb jumped from Yamaha to KTM in 2019 and immediately found winning ways. Could the same fate be on the docket for Plessinger?

“It was definitely stressful coming here at first,” said Plessinger. “I’ve been at Star and Yamaha my whole career. The time had come to move on, and Yamaha has had my back since day one, when I was on a YZ85. I can’t thank those guys enough. But I was excited once the stress went away. I had talked to Roger and talked to Ian, and I knew coming over there it would be a honeymoon period, I guess. Every day they have said, ‘Keep doing what you’re doing, don’t change your outlook.’ People were skeptical of if I was going to cut my hair. I was excited to reveal that video and that answered a lot of the questions that were being asked. But overall, I can’t thank everyone at Yamaha, and Bobby Regan and everyone at Star, enough for what they did for me.”

“[The KTM is] a really, really nimble bike and you can put it where you want to. That’s a big change. Although the Yamaha worked unreal this past year, it just doesn’t have that point and go kind thing. You’ve kinda gotta work with it. I’m still getting used to the frame, although it doesn’t flex as much as people say. It feels pretty comfortable around the whole track.”

What Plessinger ultimately does have going for him is the knowledge that he can contend at the front and win. He had much better starts in 2021, led laps, landed on the podium, and looked a lot like the Plessinger of his 250 Class days. All changes aside, Plessinger figured out what works for him, and that’s a crucial key that doesn’t often work for everyone.

“I think I learned that being myself is the most important thing,” Plessinger explained. “Don’t stray from that. Having even more fun when you’re doing good is important, because then it doesn’t take the fun out of it. More guys seem to, when they’re winning, they have a great outlook on it, but they just take it differently than I would. Once I started winning, I’m going to enjoy it even more than even did this year. Next year when I do even better, I’m going to have even more fun and ride that wave.”

Whichever way the Plessinger and KTM relationship ends up, there’s little question anymore that Plessinger is deserving of what he wants in the 450 Class. If that is a Red Bull KTM, Aldon Baker as a trainer, and so on, Plessinger has now proven a worthy talent. Perhaps this becomes a match made in heaven. Maybe Roger De Coster is able to find in Plessinger what he found in Webb just three years ago. But the one thing we know for sure is that Aaron Plessinger is going to line up at Anaheim 1 with that same huge smile he’s always had on his face.