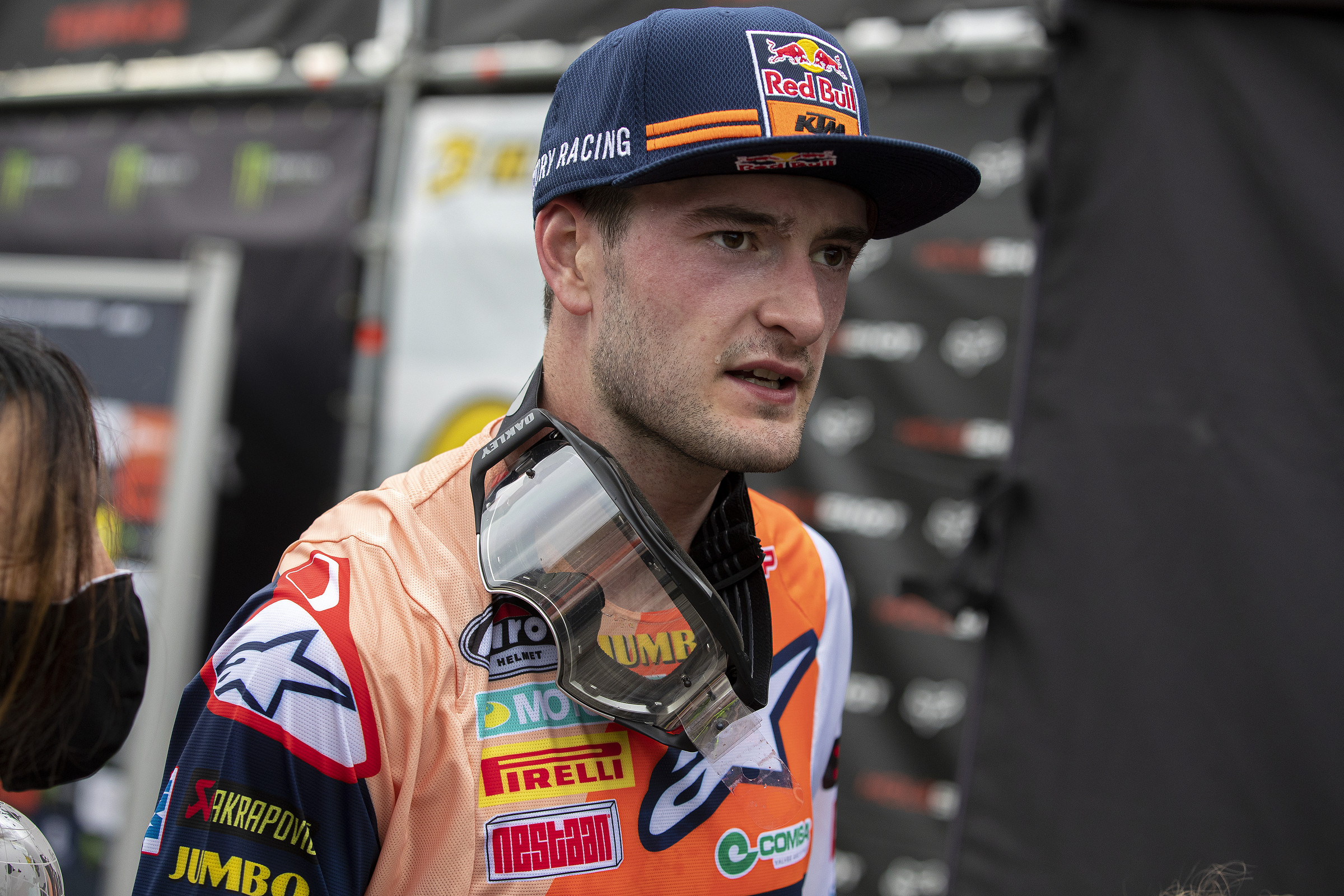 The Conversation The Mature One

Once Jorge Prado started drifting sideways in the air, two things seemed inevitable. First, Prado was going to cross into Jeffrey Herlings’ line, and they were going to crash. Second, Herlings was going to be mad.

We already saw that happen earlier in the year, when Ivo Monticelli landed on Herlings and broke his shoulder blade. At the time it seemed like another title gone. Herlings was furious. Miraculously, he recovered quickly enough to get back in the battle. Another hit like that? Surely, he would boil over again.

Not this time. In the moment, Herlings stormed off, obviously angry and frustrated. But he collected himself for moto two and salvaged a battered and bruised third-place finish. After the race, Herlings did all he could to stay calm and avoid the drama. There’s been too much of that over the last few years. Highs countered by lows, and not enough smooth days to rack up titles. Herlings is trying desperately to stay on an even keel this time. So he tried to take the emotions out, stay calm and carry on.

“I’m fine and I’m pretty sure in seven days I’m completely pain free again,” he said to MXVice.com’s Lewis Phillips. A bullet dodged by The Bullet.

If you saw Herlings’ post on social media, you’ll see he’s trying to stay clear on the mental side, also.

“Whether it ends good or bad, it was an experience. Don’t stress out over things you can’t control and let’s just move on. Up to the next one in France.”

Prado might have ended his own title bid with the crash, as he was unable to line up for moto two. He lost a bunch of points in a moto a few weeks ago, also. He at least avoided Herlings’ wrath, though. Prado, an amazing starter, is gathering a rep for riding a wide bike when he’s protecting his position. He’s aggressive on the track, even with his Red Bull KTM teammates. Herlings is doing everything he can to not to get sucked in with that drama, or any.

“A few times I was next to him [Prado], and a few times he went all over the place to protect his line, and it was fine, you know?”

“He’s a racer and he’s a good racer and he’s very talented,” Herlings continued. “Now, that cross jump? Yeah, that was just too much. It’s bad for the sport, two of the four or five main guys just having a big one, and then one is bruised for the second moto and the other one is not even racing. It’s not good. Jorge is a talented kid, a smart kid and I’m pretty sure he learned from this. It won’t happen again, I hope.”

That was it. No vitriol from the new, calm, drama-free, and mature Herlings. There is only one goal this season and that is to finally get the MXGP Championship back. Injuries have ruined his title hopes the last two years and they’ve nearly gotten him again this season. Injuries have also sapped Prado and his other teammate Tony Cairoli.

“Now it’s pretty much just me [Romain] Febvre and [Tim] Gajser going for the championship,” Herlings said. “Soon maybe there’s a red bike as a champion or a green bike. I need him [Prado] on my side. Now it’s just a one man show where once it was three guys, an orange army.”

That’s it. The title is all Herlings cares about, and if staying calm and staying out of the drama [finally] helps him get the crown back, that’s the path he’s going to take.