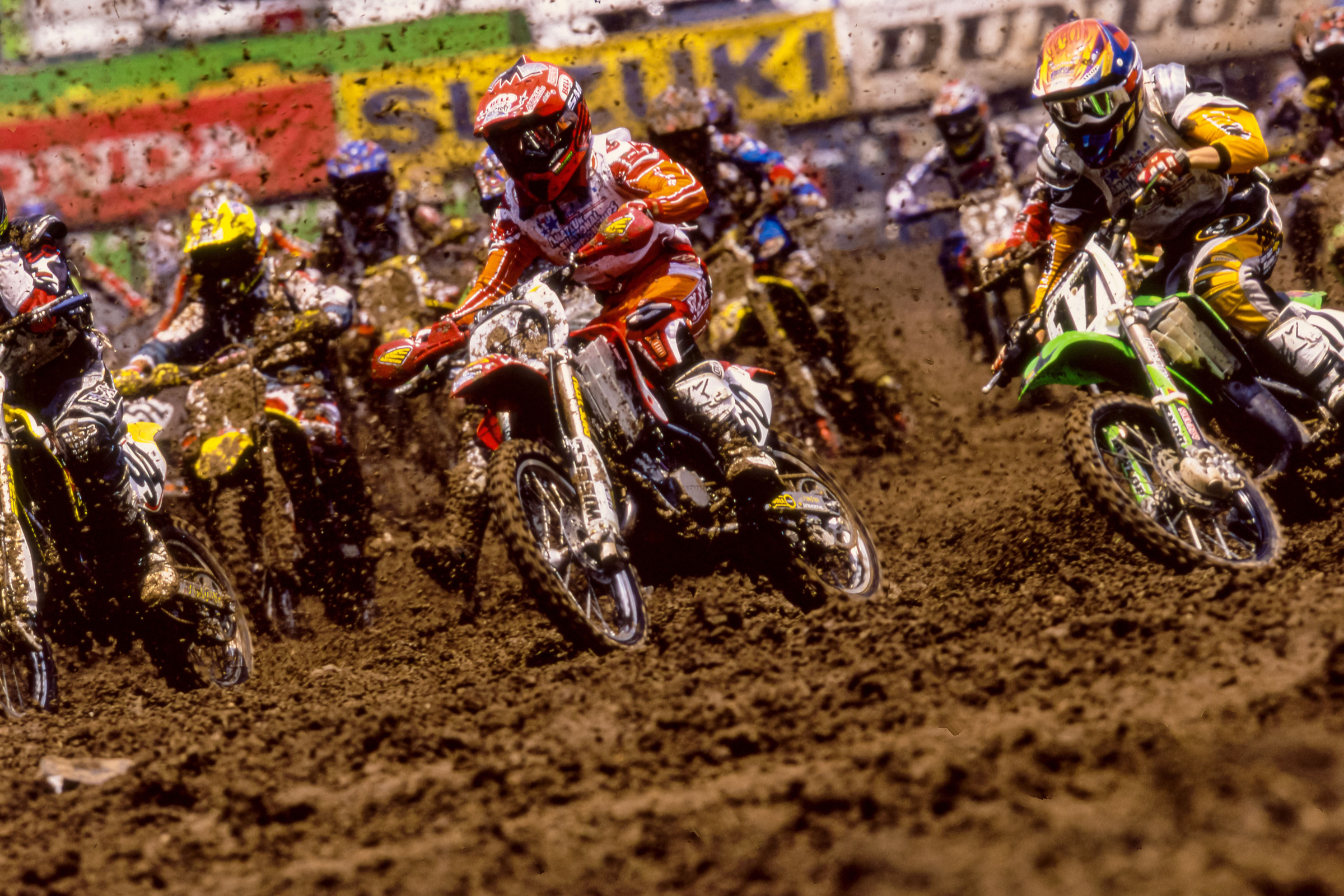 Protests and rulebook challenges are a part of lots of youth and amateur sporting events, and the Loretta Lynn’s AMA Amateur National Motocross Championship are no different. Over the years we have seen all kinds of protests over equipment and eligibility, from the old “stock” classes to people riding in the wrong classes to proof of age and on and on and on. Just a couple of years ago, one pee-wee parent basically protested the top five finishers in the class after the second moto, causing a flurry of problems for AMA officials who had to impound all of the protested bikes until an official could tear them all down and measure the parts. In the end, two of the kids’ bikes were found to be out of compliance, but the protesting parent’s kid did not move up—he, too, was protested in a counter-move, and when the officials checked his bike, they found it was illegal too!

But one year’s protests and the counter-moves that followed really take the cake for pure karma, comedy, and nonsense. In 2003, the prolific champion Mike Alessi was in his last year on minicycles, and Loretta Lynn’s would be his last race. Alessi must be counted among the fastest and best minicycle racers of all time, right up there with the likes of James Stewart, Adam Cianciarulo, Brian Swink, Damon Bradshaw, and more. But a cloud of controversy also seemed to follow Mike and his little brother, Jeff (and their father, Tony), as their high profile and ambition didn’t sit well with everyone. Their win-at-all costs attitude led to lots of protests and counter-protests as the boys’ minicycle careers progressed.

The pinnacle of that drama would come in 2003 and actually span two races: Loretta Lynn’s and the old NMA Grand Nationals at Ponca City, Oklahoma, that used to run the week before. This was the height of the Mike Alessi–versus–Ryan Villopoto minicycle rivalry (which replaced the Mike Alessi–versus–Davi Millsaps rivalry after Davi moved up to full-sized motorcycles). At Ponca City, Alessi got the better of RV on his factory Honda CR80s and 105 Super-Minis that were built by Terry Varner and were just immaculate, amazing pieces of motocross art.

But when another kid—British rider Adam Chatfield—grabbed a holeshot in one of the Ponca City motos over Alessi and everyone else, it must have rubbed Tony the wrong way. Despite the fact that Mike passed Adam and won the race, Tony decided to protest Chatfeld’s bike. That’s right, the winner protested someone he actually beat outright.

Chatfield and his father were furious at what they deemed a nuisance protest, as now their race bike would have to be torn down and checked before they could get on the road to Loretta Lynn’s in Tennessee for the AMA Amateur National, with practice on Monday.

At Loretta Lynn’s, the competition got even more fierce, as not only was the Kawasaki-mounted Villopoto out to beat Alessi in this last minicycle race, but Kawasaki Team Green imported a French kid that summer named Christophe Pourcel. The three of them would have some epic motos; Alessi would prevail in all six, RV second all six times, and Pourcel third in all three 105 motos. This all frustrated Villopoto to the point that his father protested Alessi’s 85cc bike at one point, but the teardown proved Alessi’ bike legal. Alessi’s fuel was also protested and proved to be legal. He finished his minicycle career with six straight moto wins at Loretta Lynn’s.

That wasn’t the dramatic part; it’s what happened after the 105cc Super Mini final that things got downright crazy. Also in the 105cc class was the aforementioned Adam Chatfield, but he was nowhere near all the drama that was going down with the Alessis. Chatfield finished seventh overall with 8-10-9 moto finishes. As vengeance is a dish best served cold, Chatfield’s father hovered around the mandatory impound area for almost the full 30 minutes that bikes were required to stay in case they’re protested. When time was almost up, Mr. Chatfield stepped forward with a wad of cash (Cycle News reported $3,900, but it may have been $3,500) and told the AMA officials he wanted to claim Alessi’s last minicycle, the 105cc Supermini. The little-used claiming rule allowed any rider in the same class to claim another rider’s bike, with cash, with the price set at 30 percent over MSRP. The move blew everyone minds—including Terry Varner, who had put countless hours into making this last minicycle a real gem. Honda even planned to put the bike on permanent display somewhere afterward.

The Alessi crew had a chance to counter-bid on the bike, but time was running out and they needed to have cash in hand.

“If they want it, they can have it,” Tony Alessi said. “We have nothing to hide.” Nor did they have the prized bike to take home, as the satisfied Mr. Chatfield was taking it back to Texas—not to race, but just to keep, apparently.

So where is the bike now? It’s a long story, but if you’ve got time and want to go down the rabbit hole, check out this thread on Vital MX that was started by “Oldskool,” who apparently still has the bike.

Mike Alessi won 11 titles at Loretta Lynn’s, making him one of the all-time best riders in the event’s history. But that 2003 Supermini triumph was the one that came with the most drama—even though everything was legal!