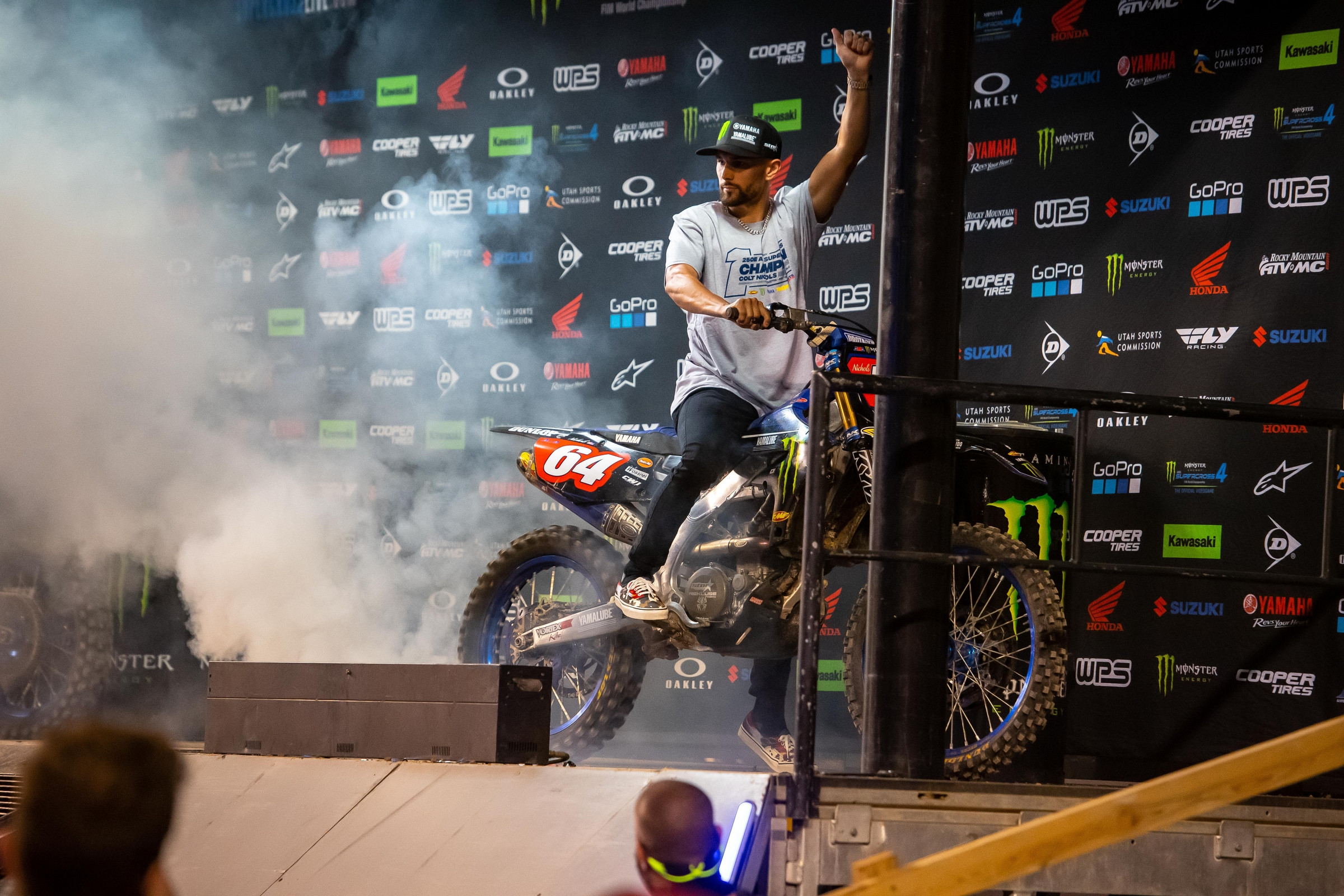 It’s been a long road for Colt Nichols. He left his amateur career without a factory ride and had to roll through some arenacross and privateer teams to find his footing. His strong rides on the Yamaha supported Rock River squad in 2016 finally put him on the established map, and Monster Energy/Star Yamaha Racing gave him the upgrade to full-factory status for 2017. Unfortunately, even once he got there, the road remained rocky, as Colt suffered from one big injury after another, and often at the very worst time—like right before a season began, preventing him from showing his full potential.

Credit to Star Racing, they stuck with their man. In his fifth year with the squad, Colt nailed it on all fronts, scoring podium finishes in every round along with three wins to claim the 250SX East Region Championship.

He talked with the media after the race.

Racer X: Colt, just want to talk about the mindset coming into today. You can choose to take it easy and just ride through the race, but you kind of pushed, led for a while and ended up second. What was your mindset going into today? Did you know you were going to just go for it or was it debatable throughout the day?
Colt Nichols: I kind of tried to just learn from last weekend. I think I played it a little too conservative last weekend. I just got a horrible start and tried to do what I could. I didn’t really want to do that again. I was just really, really focused on the start and wanted to just try to get out front and see what happens. Jett was riding really well, but I felt like I was holding my own good. I straight up wanted to win that race. I felt solid. I felt strong. I didn’t honestly really know the situation as far as who was on me or what was going on. My mechanic gave me the board and said, “Let him by. Try to stick with him.” So, I did that. I had no idea what was even going on, to be honest. But I knew I was probably in second at that point. I tried to make a little bit of a push there at the end and just came up a little short. I really wanted to win that race, and I was a little bummed I didn’t but big picture, it was cool to be on the podium nine times out of nine. That was a cool feeling for this year to be on the podium every time. So, it was good. I just tried to treat it like any other race. I felt like I kind of fumbled a little bit last weekend, so I didn’t want to do that again this weekend, for sure.

It’s been a long road. You were racing outdoor nationals in Cost Rica at one point in your career. What does it feel like when you cross that finish line and become a supercross champion?
I don't know if it’s honestly hit me yet. Like you said, I’ve been through it. I was just going to Costa Rica to make 500 bucks a weekend to race and kind of keep me afloat during the week. It’s been a road, man. That’s for sure. Definitely wasn’t the path that I thought I was going to do, but it was the past that was meant for me. Built a little bit of character on me. It felt pretty good. Didn’t really hit me until I was rolling through the rhythm there at the end. Two fifty East Coast supercross champion, that’s a pretty damn cool feeling. It’s something I don't want to forget. I want to come back and try to do that again next year. That’s going to be the goal.

Bonus check. When that thing hits the bank account, what are you buying?
This is a fake chain, so I might buy a real one to be honest. Pay my house off. That’s going to be first.