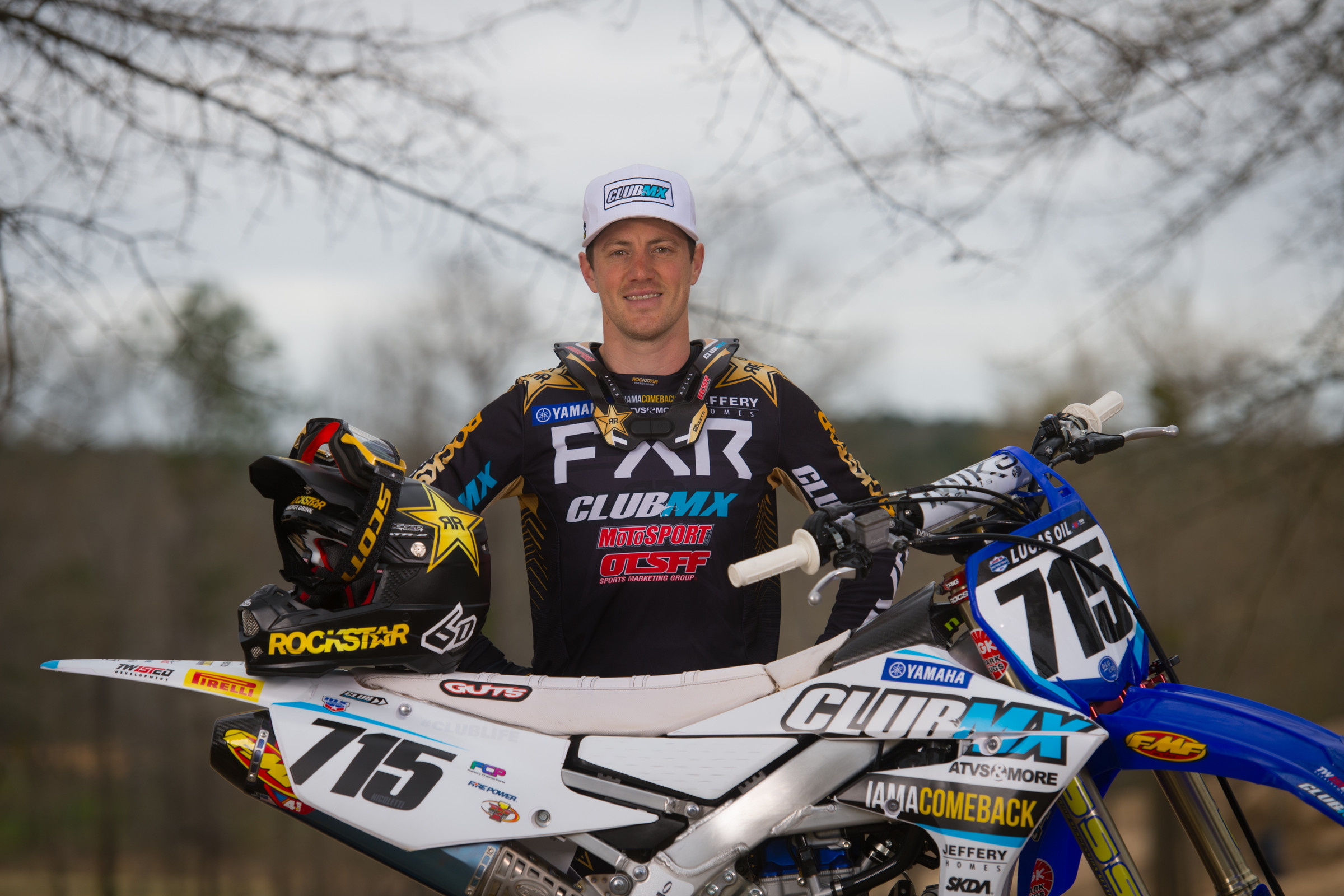 Well well well! Our man "Filthy" Phil Nicoletti has finally announced his official plans to go racing in 2021. Phil will join the ClubMX Yamaha team as a 450 rider in the Lucas Oil AMA Pro Motocross Championship. The official press release is below, but it leaves out such aspects as throat slit guestures, blocking his buddy Cooper Webb if Phil holeshots, and making fun of the Martin brothers. We lost Phil to Canada but now he's back!

Here's the press release. Phil will be back with Q and A next week, but when reached for comment right now he said, "It's Friday and I'm on my porch living my best life."

Live life to the fullest with Phil! Here's the PR.

Chesterfield, South Carolina – Phil Nicoletti, the 2019 Rockstar Energy Triple Crown Champion and 450 Supercross Champion in Canada, will return to U.S. racing to compete in the upcoming 2021 Lucas Oil AMA Pro Motocross Championship. The season begins May 29th at Fox Raceway in California. “Filthy Phil” will join the ClubMX Yamaha squad on a Yamaha YZ450F to compete in the 450 MX division, while the rest of the ClubMX team will remain Yamaha YZ250F mounted in the 250 MX class.

“I really enjoyed my two years racing in Canada but some of the teams and deals were no longer available,” said Nicoletti. “At the same time, I don’t feel like I’m done. I think I have some time left in me and Brandon [Haas] and everyone at ClubMX has been able to put together a competitive program so I can go racing back home. I still love the grind of the great outdoors and it’s been fun to get back into the swing of it over the last few weeks.”

“We’re excited to support Phil for the Pro Motocross Series because we know he still has a lot left in the tank,” says Brandon Haas of ClubMX. “We watch Phil ride every day here and I still see progression. Last time I helped Phil with bikes was in 2012 when he decided to privateer it for the rest of the year. This go around the bikes are much better! Thank you to our team sponsors for making this happen, we are looking forward to this new chapter for the team and we’re happy to do it with one of the most popular characters around.”

“I can’t wait to see some of my old friends at the races this summer,” added Nicoletti. “It will be good to get back in front of the home fans. Don’t worry, I’ll still be ready to smash my old buddies on the track once we get out there. Should be a good time!”

In his previous U.S. season, Nicoletti took sixth in the 2018 450 MX standings, and scored an overall 450 podium at the Unadilla National. He scored fifth place in the 450MX Pro Motocross standings in 2016 and a moto podium at the Glen Helen national in 2015. Racing in Canada for the Rockstar Energy Drink OTSFF Yamaha team in 2019 and 2020, Nicoletti won the 2019 Rockstar Energy Triple Crown with the best combined results from the Arenacross, Supercross and Motocross campaigns, and also collected the Canadian 450 Supercross Championship. Nicoletti was in contention for the Canadian Motocross National Championship last year with four podiums in the first four races, but a hand injury ended his season early. Nicoletti will spend the spring preparing at the ClubMX facility in preparation for the Lucas Oil Pro Motocross kickoff in California on May 29th.