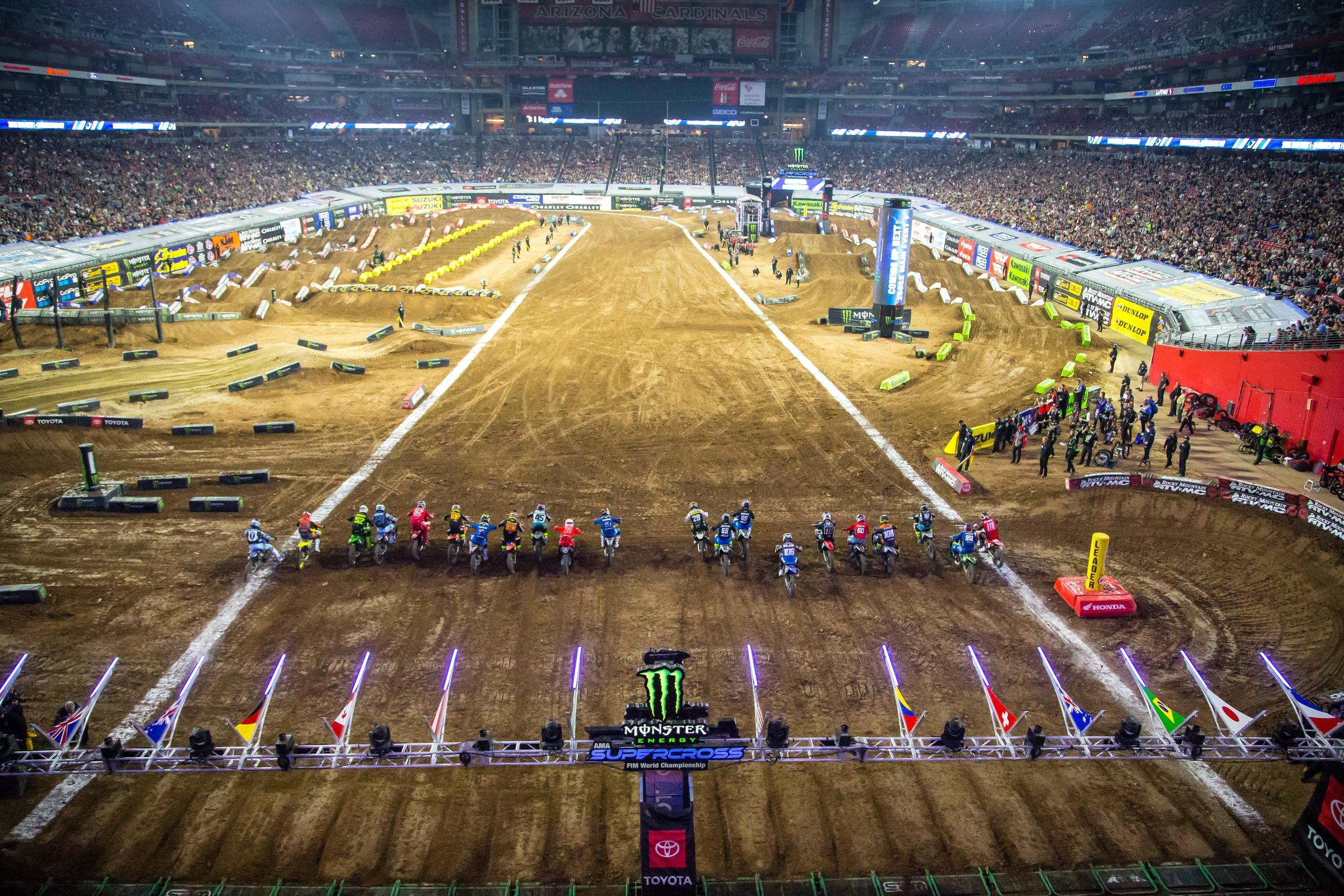 450 Words The Waiting is the Hardest Part

A great percentage of racers are obsessive-compulsive to some degree. Their garages and closets are perfectly organized. They put their gear on the exact same way every time. Such habits appear as funny superstitions or just general weirdness. But the goal is much more substantial than that: the riders are trying to control some of the chaos.

“I’ve done some work with a sports psychologist, and I’ve read a bunch and learned a bunch,” says Jeff Emig. “All these wacky things that athletes do, put your right sock on before your left, or put your helmet on a certain way. All these things. When you do it in sequence—and I encourage all riders to do it—it sets markers in your brain. Your brain is actually like, ‘Okay, the last one hundred times we did this, this is what comes after it.’ It prepares you mentally. So routine is really important.”

The life of a professional motocross and supercross racer is a stresser. The regular performance pressure is obvious, because you must win to make a living, but then you multiply that by the danger of catastrophic injury, which is fairly unique to this sport. There are other major stresses, too, like traveling every weekend, managing money, sponsors, media, fans and appearances, but those are small in comparison to two big things that spike the adrenaline each a rider goes to the gate: the fear of failure, and the fear of injury.

Nothing can be done to guarantee success or health in racing. That reality is harsh. Riders have developed coping mechanisms to alleviate this stress. With so many things that are out of their control, they have built a life around controlling the things they can. They’ve become obsessive and compulsive because that provides some semblance of calm.

Today’s most powerful go-to? Surrounding yourself with knowledgeable people, putting your trust and schedule in their hands. If the rider believes in it, all he has to do is follow the routine. No worries and no second guessing, and that removes the sleepless nights. The pack at the Baker’s Factory puts their trust in their guy. Ken Roczen works out a plan with his trainer Blake Savage. Adam Cianciarulo has trust in Nick Wey. Eli Tomac knows that his dad knows what he’s doing. It’s not just the program that helps, it’s the comfort in knowing you’ve done everything that you could.

So that’s it. Riders have developed coping mechanisms. It works to improve their performance and reduce their anxiety.

Thus, for creatures of habit and routine, we’ve entered the worst-case scenario: the great unknown.

“The stop is hard, but not knowing, that’s what’s really hard,” said Eli Tomac when I last spoke to him. “That unknown is what’s freaking me out. Like, what happens if they go and say we need to quarantine for another two months? That’s the part that really sucks. So that’s what I’m more afraid of is looking ahead that way. It’s like, how prepared do you get? You want to have a ramp-up into the season physically, and not knowing that is a little bit…but everyone’s in the same ballpark.”

They are in the same ballpark, in that none of them know when the ballpark will open and the game will start.

“As a rider you’re just addicted to the training, and when you’re in that mode you don’t want to miss a day,” says Emig. “But [now], you just don’t know when that is. It has to be really difficult to be putting that on the line, doing the testing, trying to be your best, but you don’t know when the first gate drop is. You can’t time that out. I think everyone is going through the emotions with everything.”

They certainly are. There are few headstrong riders, most of them veterans, who can roll with this. Many more, though, are worried they’re training when they should be resting and resting when they should be training. Further, what could a racing schedule of June through October, and then a whole 2021 season soon after, actually feel like? No one knows for sure. For riders obsessed with trying to get better every day, it’s hard to suddenly spend days waiting and guessing. Because when you want to schedule and control everything, the waiting is the hardest part.