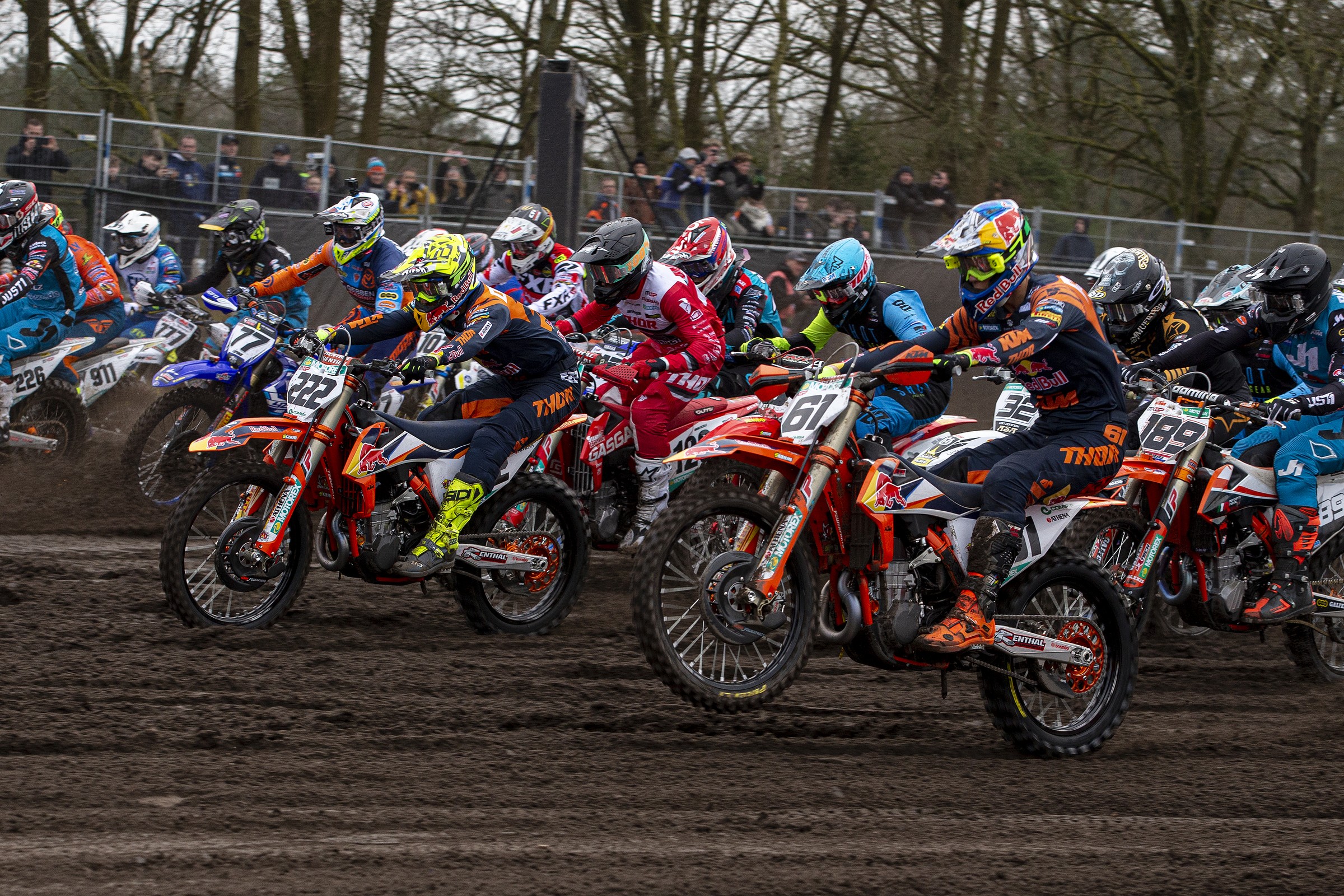 The current suspension of international sporting events has thrown a vast industry into what David Luongo, head of the company holding the rights to MXGP, describes as “the grey zone.” Suffice to say, with the wheels of competition coming to an abrupt halt, business and the organization behind sport is also stuttering in a way few have ever experienced.

We talked over the phone, for the type of interview where there are more questions than clear answers. The CEO immediately sets his priorities. “Before anything I’d like to express thanks and full credit to medical staff everywhere for everything they are doing at this time,” Luongo stresses. “I have people in my family working in hospitals, so we all have to be supportive and show our appreciation.”

When it comes to the subject of the 2020 FIM Motocross World Championship, there feels like a lot to ask and certainly the need for some updates—or at least opinions—on circumstances surrounding the resumption of racing. MXGP paused on March 9 directly after round two of 20 and back-to-back GPs staged in the UK and the Netherlands before countries began to limit travel and close borders in response to the proliferation of COVID-19.

Several calendar changes have since taken place and round three is still optimistically slated for Orlyonok and the fourth Grand Prix of Russia at the venue on June 9. MXGP (including the 74th Monster Energy FIM Motocross of Nations) will then begin a run of 19 events in 25 weeks if the current schedule remains fixed. The final GP in Argentina on November 22 will represent the latest ever finish to the series and will be deep into the off-season and preparation phases for 2021.

Racer X: It’s hard to answer, but how clear or hopeful are you of MXGP starting again in June?
David Luongo: At a certain point you have to draw a line and say, “This is where we start.” We are already working on—maybe—some new updates in order to still have a gap to work with the calendar. The beginning of June is still in consideration, but we cannot make a clear decision now. We are looking at it on a daily basis.

How many races would be a satisfactory amount? Is there a minimum for a season to be declared a ‘world championship’? MotoGP have said 13…
It is not good to say an amount because we are fighting for the full championship. It is complicated to answer this question because it is still too early to say what will be possible. There is no set minimum up to now but looking at how things are developing we are still confident we will have a very decent and professional championship.

The FIM president has already talked about 2020 series running into January 2021. Is this a desirable option for MXGP?
Theoretically it’s possible because of our contract so we could cross the end of the year but right now we have to go race-by-race and it depends on each organizer. Motocross is a sport set in the dirt and that’s why our first update [to the calendar] was to put the overseas races at a time when the weather is good [in their territories]. To make races in Europe in December is more complicated especially for the maintenance of motocross tracks at that time. But everything is open because we still have a bit of space to work with.

Do you have any thoughts on 2021 already? Could the season start later? Or do you see a normal late February launch?
The rest of 2020 will be an exceptional and tough year. An exceptional season means exceptional decisions. If everything comes back to normal, then we will start 2021 in February as usual and everybody will adapt to the start of the championship. We want to be back to normal in February 2021 for sure.

How has it been talking with Grand Prix organizers? What’s the general feeling with events?
I can say the motocross family is very united at this moment and I am very positively surprised. All the organizers are fighting like hell to save and organize their races, including the ones on the first line in June and July and that’s really good. We’re dependent on what happens with the expansion of the pandemic and also the decisions of governments country-by-country to re-open borders and markets. Today we are in a grey zone. Everybody is motivated to find solutions but it’s too early to have a clear view of what will happen in three-four months.

Can you envisage running GPs without fans? Just to accumulate races and points?
For me, this would be very complicated because the organizers depend a lot on the ticketing. We don’t have the TV rights [paid to be on TV] like major sports so we cannot cover the costs with those. The biggest revenue generator for the organizer is the ticketing. So, I don’t think this is a solution.

Has this been the hardest episode yet for the company to navigate?
At this time, you have to think about your people and the industry. We want to do our best to save the championship and have it as professional as possible because we want a rider that feels he really deserves the title of being world champion and we have the responsibility of more than 3,000 people that are working in the paddock; marketing, mechanics, team personnel, journalists, all those who depend on this championship. It is a mission for us to do our best and promote the biggest amount of races and secure the biggest amount of jobs possible. It is a big responsibility and we ready to fight for it. In 2008 we also had a crisis to manage and we went through that perfect storm and the championship continued to grow. It is a very tough moment, but we have to keep positive. At Infront Moto Racing we have 150 employees, and we are motivated to do this season even though it will be a challenge. It will be a very compact season, but we have to face it.

MXGP is a weekend event and is perhaps more flexible than some of the bigger world championships like F1 or MotoGP or even supercross, which is dependent on stadium availability. Is this an advantage for getting races up and running?
Yeah, maybe we are more flexible than the bigger sports or the championships that need a stadium, but we really depend on the decisions of the governments and the regulation. If everything re-opens as before then I don’t have many concerns about Grand Prix but it’s about when we can manage that and when the economy will “start” again. When we have this visibility ahead then we’ll be able to see the events that are at risk or not.

The Motocross of Nations is on September 27. Currently there are five Grands Prix set to take place after that date so there is a fresh timing and position for the event. Is it fortunate that it goes to a popular place like Ernee rather than a new or unknown territory?
I believe it is, but I think it is at least ten years now where we have not had a concern over the Nations because the crowd has always been fantastic. I think being in Ernee helps a lot and for sure the French fans are great. I’m sure they will come to support the French team. It’s a special location. It will be a strange year but the Motocross of Nations is the biggest event of the year in terms of off-road so I am still very confident that it will be a great success and it should arrive at a time when we hope everything will be back to normal. People, including us, will want to be outside, having parties and watching motocross when all of this is over and normal life starts again so I think we’ll have a great event this time.

Lastly, can the 2020 edition be considered an as experiment for different scheduling of the MXoN? That it doesn’t always have to be in a certain date frame?
For sure this was not what we wanted but we will be obliged to test it this year. I’m quite sure it will be a success and it is a nice experiment for the future…but, honestly, we have many more things to think about when it comes to modifying the future. We will see if it can be adapted in a normal year or not.