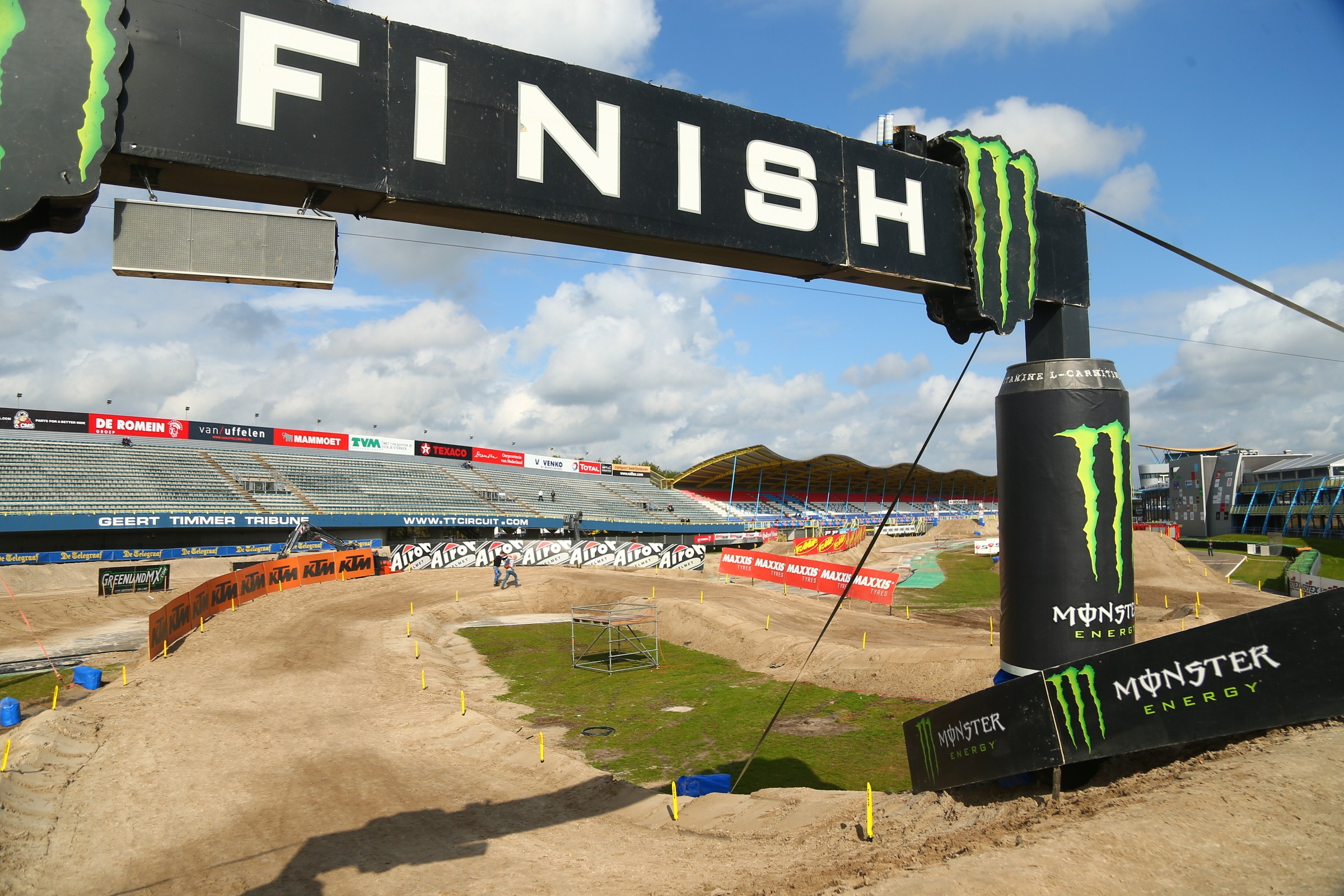 It’s that time again! While the Monster Energy FIM Motocross of Nations has been the bane of my existence over the last six years, it’s also my favorite motocross event of the year, bar none. The atmosphere, anticipation, camaraderie amongst nations, patriotism, etc, are just unlike any other race that our sport has to offer. The race location is in a different country each year with western Europe being the most common choice. I have spent a lot of time in Europe (I would guesstimate around 150 roundtrips) so I really have learned to enjoy the cultural differences, history, and tradition that this part of the world has to offer. America is a young country by comparison and while there is simply no greater country on earth, it’s just a different conversation when it comes to historical significance. Europe is one of my favorite destinations when absorbed in week-long doses. Any longer than that and I begin to miss the conveniences of home. For now, though, I am loving the cooler weather, cobbled streets, and laid back attitude that Holland offers up.

As for the racing, it’s a strange year. Injuries and different priorities have certainly affected the look and feel of this event. America’s two national champions, Eli Tomac (450 Class) and Adam Cianciarulo (250 Class), opted out of the event, choosing to focus on the upcoming Monster Energy Cup. Italian superstar and nine-time world champion Antonio Cairoli was injured back at the Latvian GP and is still on the mend. Swiss anchor Arnaud Tonus injured his hand two weeks ago in China, sidelining him for this event and dealing a tough blow to the Swiss hopes. Reigning champs (wince) France are missing several of their best choices including Romain Febvre, Marvin Musquin, Dylan Ferrandis, and Tom Vialle. Febvre was on the team but suffered a broken femur in Sweden, Musquin chose to abstain amidst a tumultuous relationship with the French Federation, Ferrandis opted for time off after a long season and Tom Vialle’s effort was derailed by a ridiculous logo disagreement. Great Britain lost Ben Watson and Max Anstie to injury. Canada lost their entire team to a lady named Marilyn. Australia had to replace star Hunter Lawrence and then Mitchell Evans, forcing relative unknown, 17-year-old Regan Duffy into action. Finally, the German team is missing Ken Roczen as he recovers from an ailment that haunted him all summer long. As you can see, it’s been a roller coaster affair and the initial team rosters look more like a triage unit than anything. Yesterday we posted the full 2019 Motocross of Nations rosters, which includes rider numbers as well.

The heavy favorite on paper has to be the Dutch, though. They have their best team available, which is something most countries can not boast. All-world superstar Jeffrey Herlings, hot-hand Glenn Coldenhoff, and HRC Honda’s MX2 rider of Calvin Vlaanderen make up the home team and the pressure will be on. The King of Holland is coming and bringing half of Holland with him. The crowd is expected to show up in droves to support their home team in quest of their first ever Chamberlain Trophy. The stars have aligned for the Dutch team but as America learned in 2018, being the favorite on paper means exactly squat once the gate drops. This race has always been chaotic and while I do have the Dutch winning, I think there is a chance we see a dramatic Sunday afternoon. They will have the weight of a country riding on their shoulders. Pressure does strange things to a motocross race. The Dutch may win but crazier things have happened, I will just say that.

For America, I am very appreciative of the effort the team has put in. Zach Osborne, Jason Anderson, and first timer Justin Cooper have all committed fully, giving this race the effort it truly deserves. This race is brutally inconvenient for the American calendar. There’s no way around that. Still, these three have made it a priority, knowing that anything less is going to feel like a big mistake come Sunday morning. Every racer has to face himself when sitting on the starting gate. ‘Did I prepare enough? Did I do everything humanly possible to be ready?’ I think Team USA will be able to answer those questions confidently when the time comes. That’s all you can really ask for. Win or lose, I will take an effort like this year every single time. For someone who lives and dies with our result on Sunday and has spent thousands of dollars of my own money to attend this event all over the world, I want to say a personal thank you to our boys for being “all in” on this year’s race.

Finally, I should mention that I will be on the television broadcast team this weekend. It’s truly a dream come true for me. This is my favorite race of the year, as I said, so I hope to paint an appropriate picture of what this event looks and feels like to those less fortunate. It’s truly the event of the year.

Will there be any signs of the immense pressure the Dutch will feel on Sunday?

Can Justin Cooper start near the front against the 450s? That will be a critical storyline.

Will Calvin Vlaanderen be able to reconcile his DNF-DNS score from 2018?

Can Team USA bring some aggressiveness and shake up the narrative?

After a long stint in Europe, just how burnt is Team Fried?

How many arguments will Steve Matthes and I find ourselves in by weekend’s end?

Can France find some sort of magic to continue the streak? I may not survive that.

The Dutch are coming in flaming hot. They have two of the best sand riders in the world leading their squad.

America has prepared well and are confident of what they can accomplish this weekend.

The French team might not have their ideal lineup but they have won five of these events in a row. From what I have seen from the French Federation, they probably still think they are the favorites.

Jorge Prado is making his 450 debut and looks ready to impress. Remember, he led Herlings and co. for 20 minutes on his 250 last year at RedBud.

Canada is missing the event entirely after being unable to agree on who’s in charge.

The weather is looking very wet for the third MXoN in a row.

Nearly every team is missing a first choice due to some sort of complication. While some were avoidable and some weren’t, it’s unfortunate that we don’t have the absolute best line-up imaginable.

I have nightmares of the color orange all weekend (Dutch team color).

Several fans OD on mayonnaise throughout the weekend.

The racing is super aggressive with lots of contact.

Steve Matthes complains about the venue 4279 times and every time he does, I retort that we are at the “Cathedral of Speed.”

Glenn Coldenhoff and Jeffrey Herlings are 1-2 at some point in their combined moto and it sets the Dutch countryside into a blind fury.

I complain about rain to anyone and everyone.