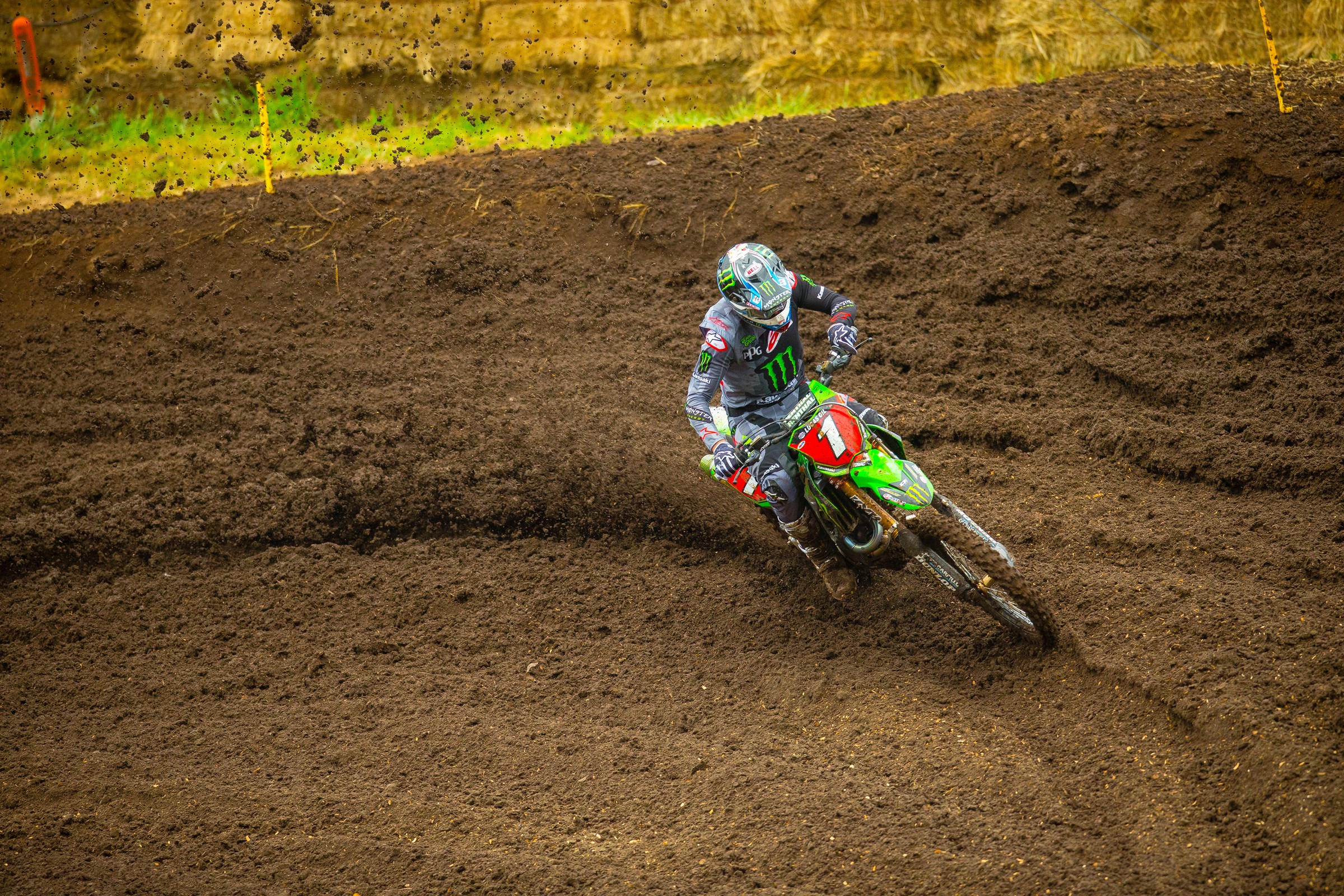 He might wear the #1 plate in the Lucas Oil AMA Pro Motocross Championship, but the back of his pants still says “ET3,” a nod to his regular nickname and career number. At times, the ET seems to stand for something more than Eli Tomac. Because on days like Washougal, Eli Tomac goes extraterrestrial.

We haven’t seen it as much this year, as Tomac has done a better job leveling off the highs and lows that have dotted his two previous Lucas Oil Pro Motocross 450 Class campaigns. The 2017 season was jammed full of drama, ending with a lesson in how to manage a points lead. Eli backed off too much, and the defensive riding led to subpar results and a last-gasp effort from Marvin Musquin. Last year was much better, but Marvin was better too, and when Eli’s bike let go at RedBud, it turned the second half of the season into another nail-biter.

This year, Eli has salvaged points better than usual on his bad days. A few fifth-place finishes don’t sound great for a rider capable of a 1-1 on any given weekend, but the competition has faltered even worse, and that’s why he’s built a big points lead without walloping the field by huge margins or eating them up from behind. Tomac can do that, but he hasn’t quite shown that absolute next-level stuff as often in 2019. He’s facing a loaded deck too. Surely at times Ken Roczen, Marvin Musquin, Cooper Webb, Blake Baggett, Zach Osborne, and Jason Anderson had reason to think “I can win this,” seeing the two-time and defending champion as a major obstacle but not insurmountable. That’s because, at some point this season, they’ve all managed to fight him off in a moto.

Until a day like Washougal, when ET goes ET and reminds everyone that he’s still got it. He started behind the rivals, he passed them all, and he made up tons of time on a track known to not offer places to make up tons of time.

Throughout the week, listen to or read quotes from most riders regarding Washougal. You’ll hear a ton about the difficulties of making passes on this track.

From Tomac, you get this:

“I had good lines and there were places you could pass, I didn’t have to wait three-quarters of a lap to pass people.”

When you go that much faster, you can pass on any track.

While Tomac has done a good job of staying consistent, he still wants more. He’s tired of dealing with the stresses of taking these titles down to the final round. Post-race, he explained that his real goal is to push his lead above 50 points. This helps explain last week, when he finished on the podium but still wasn’t happy. At this juncture of the season, he wants to end this thing. At Spring Creek, it didn’t happen. At Washougal, he couldn’t be denied, bad starts be dammed.

“You’re feeling on, feeling comfortable,” he explained. “I wasn’t feeling tight at all; second moto, even though I was even farther back on the start, my body still felt good. When you’re feeling good on the motorcycle and your body is good, that’s when you turn in those motos like that.”

True to plan, he’s pushed his gap to exactly 50 points now, so all he has to do is hold serve with Musquin over the next four motos to clinch the title. Internally, that’s all Tomac wants. On the outside, rides like Washougal do much more than help with the math: they add to his legend. Someday, when this is all over, you’ll hear these rides used as a standard. Someone will log an incredible come-from-behind charge and you’ll hear, “That was like what Tomac used to do.”

As always for Eli, days like this past weekend in Washington create a standard that no other rider in Lucas Oil Pro Motocross can match, but they also create a higher bar for himself. It’s these incredible 1-1 hero rides that lead everyone to wonder why he can’t do it every weekend. But this is rare air, special stuff, something that’s hard to bottle. We might not get it all the time, but when it happens, it’s a moment like few others. Fans who have watched Washougal the last two years won’t soon forget.