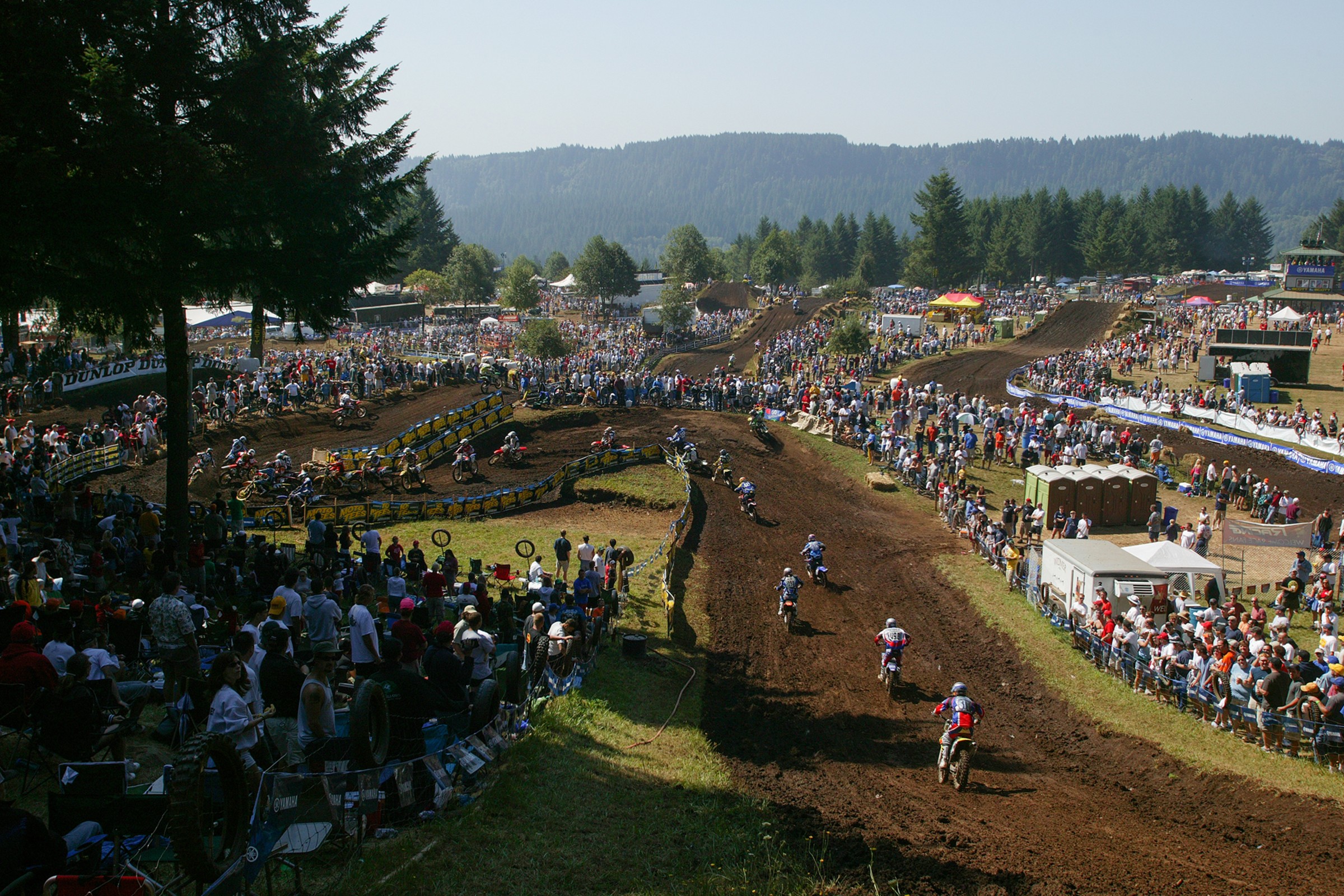 Thanks to the @mxresearchdept, as well as Lucas Oil Pro Motocross’ own stat work, and some heavy thinking of our own, we’ve come up with some numbers to ponder heading into this weekend’s Washougal National.

Check out some odd numbers, facts, and thoughts through eighth rounds.

Tomac Time: Eli Tomac now has 20 overall wins in his 450 career, tying him for fifth all-time with James Stewart. He also had 40 moto wins in the premier class, sixth on the all-time list—one behind Stewart’s fifth-place 41, and one ahead of seventh-place Jeff Emig, who had 39. If you include his wins in the 250 Class, Tomac now has 32 career overall wins in Lucas Oil AMA Pro Motocross, eighth best of all-time.

Mr. Consistency: Eli hasn’t gone on a soul-crushing run of moto wins this season—his longest moto win streak is three—but he’s been solid. At High Point, he won an overall for the first time in his career without winning a moto, going 3-2. He’s had several motos that were trending badly but still resulted in top fives, including a stop for goggles at Thunder Valley that still ended in a fifth. Eli has been in the top five in all but one moto this year.

Somewhat Mr. Consistency: Zach Osborne has an average moto finish of 3.6, which is just behind Tomac’s 3.2 for second-best in the 450 Class. He is the only 450 rider to finish in the top five in every moto he’s competed in this year (he missed RedBud due to injury).

First to Six: Adam Cianciarulo has won six of eight this year in the 250 Class. And yet, it’s proven possible to win six but not win this title. AC is the 20th different rider in the history of the 250/MX Lites/125 Class to win six or more overalls in a season, and 17 of the first 19 went on to win the championship. However, twice six (or more) didn’t get it done: Ben Townley won six in 2007 but Ryan Villopoto outdueled him for the title by a handful of points, and James Stewart missed the early rounds of the 2003 125 National Championship, but returned to win seven-straight, which was impressive but not enough to win the title (even wilder, the final round that year, scheduled for Troy, Ohio, was cancelled when the track was flooded. Grant Langston won the title).

Making it count: One stat to recognize, though. Of those first 19 riders to win six or more overalls in the class, all of them had more moto wins for the season than Cianciarulo, who has six right now. AC has managed the overall wins by getting moto victories when it matters most: five of his six moto wins have come in moto two. Does this mean Adam isn’t as dominant as those overall wins indicate? Read below.

Points Haul: Here’s the number that jumps out on AC—not the overall wins, but the points. He’s averaging an incredible 22 points per moto, which is a second-place average. Doing that through 16 motos is no easy feat. There are insiders that claim you must score 500 points to be champion over 24 motos (not coincidentally, Aaron Plessinger scored exactly 500 en route to the 250 title last year). At this rate, Adam will score 528.

Speaking (of) Points: Dylan Ferrandis has been doing hero work this year salvaging points despite bad starts, and then he reeled off three-straight moto wins to begin building his championship case. He slipped back at Millville, though, a track he admits isn’t his best (his starts weren’t terrible there but they weren’t great, either). His 5-4 marked the first day this season without a podium moto finish, and his lowest points haul of the season.

Troll Train: Really, Alex Martin has been a podium guy the last four 250 motos. He was running second in the first RedBud 250 moto when his bike started steaming and slowing—then it quit altogether on the last lap when he was running second with three turns left (culprit: a radiator hose slipped off). He then scored third in moto two at RedBud, then went 2-3 this past weekend at Spring Creek (could have been 2-2, but he was penalized a position in moto two for going off the track). Washougal is also the site of Alex’s last overall win, back in 2016, so it’s trending well for him to keep this run going.

HISTORY LESSON: Washougal MX Park opened to the public in 1971 and hosted its first major event, the Northwest Challenge, in 1976. The Washougal National—the longest-running professional motorsports event in the Pacific Northwest—debuted in 1980 and has taken place every year since, with the exception of 1987. Rick Johnson won the premier class in its debut on August 14, 1983. Johnson, who was aboard a Yamaha, won the national the following season as well.