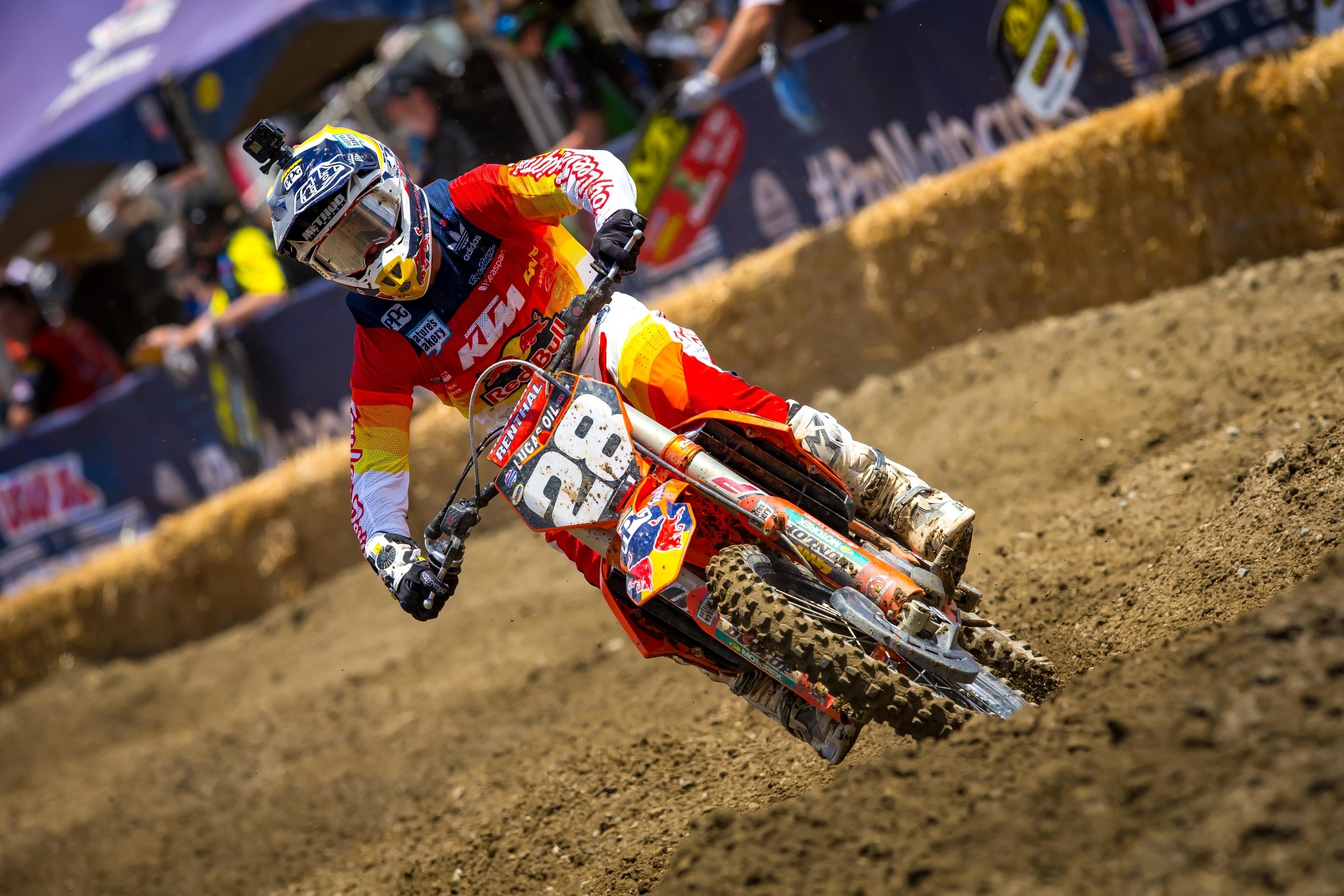 Comment: Bloss will return to racing for the first time in 2019 after tearing his ACL before supercross.

Comment: Hill will sit on the sidelines while recovering from a shoulder injury suffered while training. In the meantime, Kyle Chisholm will fill in for him.

Comment: Merriam is out for the immediate future after a bad crash at Thunder Valley left him with a broken collarbone, fractured T1 vertebrae, fractured rib, bruised lung, and pulled groin.

Comment: Peick is still waiting on his eye to heal after sustaining serious injuries at the Paris Supercross. We got an update on how his recovery is coming along earlier this week.

Comment: Plessinger plans on getting back to racing at the Florida National after breaking his heel at the Daytona Supercross.

Comment: Seely will miss the remainder of Lucas Oil AMA Pro Motocross after suffering a torn labrum and a fractured glenoid socket when he dislocated his right shoulder in the crash on Tuesday. He is scheduled for surgery on Tuesday, June 18 at the Newport Surgical Center in Newport Beach.

Comment: Wilson is back on the bike but isn’t ready to race. There’s no official word on when he’ll be back, but it won’t be at High Point.

Comment: Auberson posted on Instagram that he will not line up at High Point this weekend, due to a concussion suffered at Thunder Valley. He hopes to be back for the Florida National.

Comment: There is no timetable on a return for Cantrell, who’s out with a broken wrist.

Comment: Covington was recently diagnosed with the Epstein-Barr Virus. His status for High Point is still unknown.

Comment: Falk is out for High Point due to a broken collarbone suffered at Hangtown.

SHANE MCELRATH – SHAKEN UP | OUT

Comment: McElrath had a big crash earlier this week that, according to a team Instagram post, left him “pretty shaken up.” The team is hopeful he’ll be back for the Florida National.

Comment: Oldenburg will return to racing at High Point after sustaining bad burns on his buttock in Las Vegas.

Comment: Smith has been dealing with a wrist injury suffered during supercross. The hope was that it would improve, but instead the pain has been increasing. He’ll have surgery next week to repair damaged tendons in his wrist. There is no timetable on a return at this point.