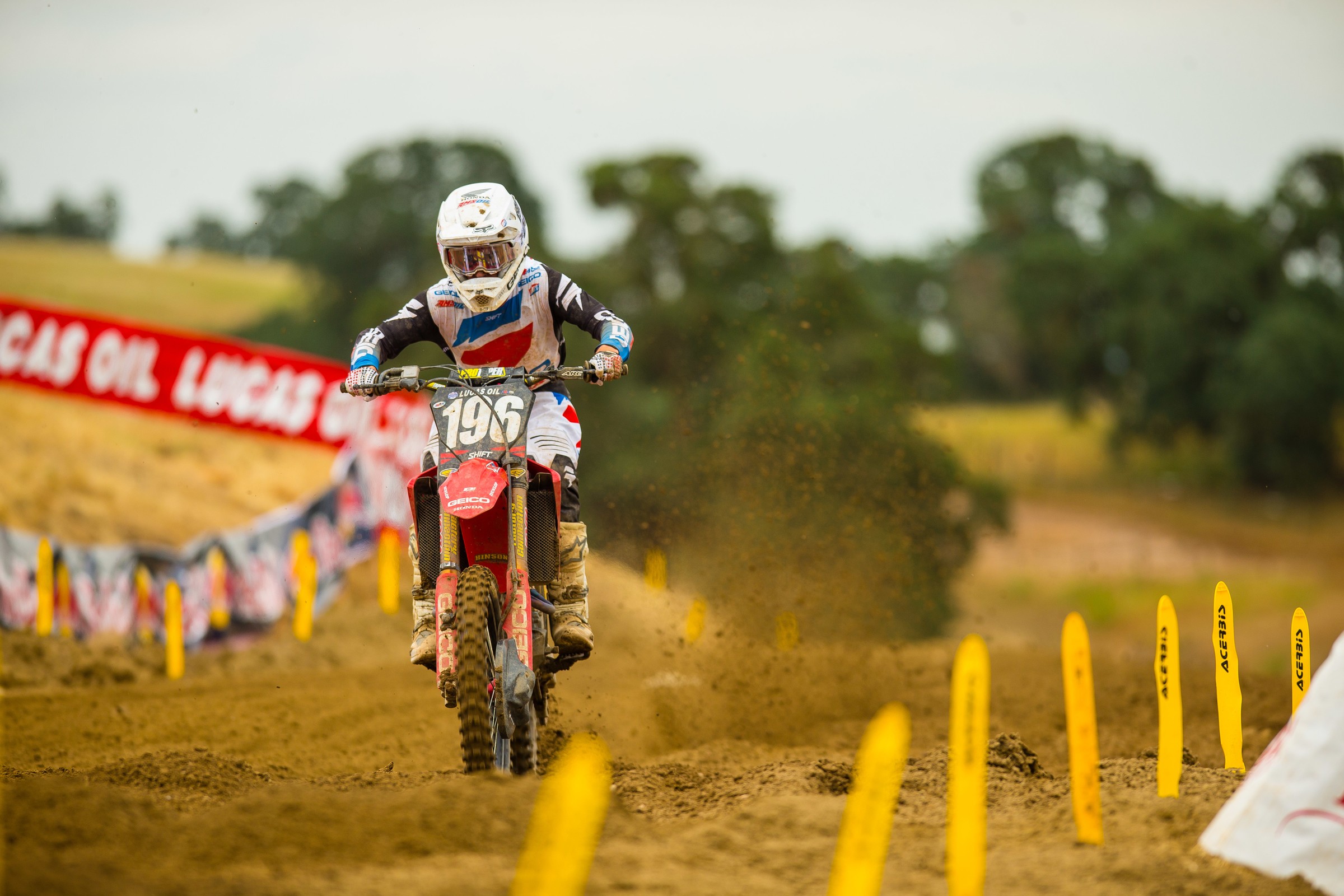 Hangtown 2019 might forever be known as the race when Ken Roczen finally won, and Adam Cianciarulo’s bounce back from a tough Las Vegas Monster Energy AMA Supercross finale provided a nice second storyline.

There’s much else to talk about, though, so before we get deep into the Lucas Oil AMA Pro Motocross Championship’s second round, here are other stories from the opener, each of which will provide some background for this weekend’s Fox Raceway National at Pala.

A year ago Jason Anderson entered Pro Motocross after a stressful supercross title run (remember the broken wheel at round 16 in Salt Lake City? Him throwing up in the press conference in Las Vegas?) and wasn’t fully ready yet for outdoors. He started up front at Hangtown but went 4-6 in the motos, part of a long tradition of new supercross champions struggling at the Pro Motocross opener. Heck, even Ryan Dungey went 10-6 at Hangtown once. Dungey never goes 10-6 outdoors! With supercross a wash due to injury this year, Anderson could have entered the outdoor campaign more focused than ever, but his broken arm was slow to heal and he only had about four weeks of riding before Hangtown. Regardless, he was very strong, going 2-5 for third overall. Further, he fought for it, fending off Eli Tomac in moto one. Mud is probably not an Anderson specialty, so moto two wasn’t as good. With better results this year against deeper comp, we’d say Anderson is ahead of where he was outdoors early in 2018.

“I’ve always wanted to do good in motocross,” said Anderson. “I just honestly got hurt every time I would make it through a couple races or halfway through the season. For the most part in the last three years I’ve been on the podium a lot in the races that I have done in outdoors. So I don’t think there’s a reason why I can’t get a win this year. I’m really working towards that and working towards the battle for the championship.”

Because he is 29 years old, the 2017 Lucas Oil 250 Class Pro Motocross Champion admits he doesn’t have time to learn the craft of 450 racing. With a small window of time, he needs to contend immediately. Hangtown indicates he can be a rookie-year title player. Osborne battled Tomac the whole way in moto one and had fourth sewn up until a late crash that let Tomac back by. In moto two he came from way back to third—and passing isn’t easy in mud motos.

Don’t jump off so soon. See the Anderson entry above for info on new supercross champs struggling at Hangtown. Based on those standards, Webb’s 3-6 for fifth overall was fine, plus he showed his indoor holeshot prowess could translate on big, deep, motocross starts.

It was an Australian Invasion at Hangtown, with Dean Ferris (ninth) and Todd Waters (12th) running well in the 450 class, and Wilson Todd carding a ninth in the second 250 moto and taking 12th overall (15-9 scores). The Wilson Todd ride was so good, he’s been gifted a fill-in ride with Troy Lee Designs/Red Bull KTM. Could this be a diamond in the rough?

There was another Australian out there, as Hunter Lawrence made his full-time U.S. debut with 11-12 finishes for 11th overall in 250MX. Doesn’t jump off the page, but Hunter was running seventh early in moto one and trying to make a pass on Michael Mosiman for sixth before crashing and getting tagged in the….um, buttocks by his teammate RJ Hampshire’s bike. He was in pain the rest of the day. Expect more from Hunter soon.

Lawrence’s day was much better than the other rider moving from the GPs, Thomas Covington. Thomas simply wasn’t fast at Hangtown and failed to score points in either moto, and this follows a rough supercross season. Either something is still wrong with Covington (maybe injury wise—he did hurt his knee again in supercross) or something is really, really wrong in general. He surely should be good enough to at least score points and make supercross mains. Keep an eye on this situation.

The pre-season stopwatch national circuit said to expect some noise from rookie Derek Drake, and he was okay in moto one, with a tenth. Moto two was tough in the mud and the Troy Lee Designs/Red Bull KTM rider finished 25th, for 16th overall.

Monster Energy/Yamalube/Star Racing Yamaha added a fifth bike under the tent for Ty Masterpool, who was actually racing 125s in the Schoolboy amateur division last year. Ty has talent and skill, but it will be interesting to see how he handles the deep end of the pro pool (in contrast, Drake raced A class at Loretta Lynn’s last year). Ty’s 12-14 scores (14th overall) were pretty solid.

Alex Martin says his new JGR/Yoshimura Suzuki RM-Z250 is good enough to win, just like the Star Racing Yamaha and Troy Lee Designs/Red Bull KTM bikes he used to race. The first moto, when he crashed early and finished 23rd, was terrible, but he redeemed himself with a hard-fought second in moto two. Alex always seems to have one bad and one good moto at Hangtown, so this was actually about on par. So far, we’ll score this is a “prove the Suzuki doubters wrong” ride for A-Mart.