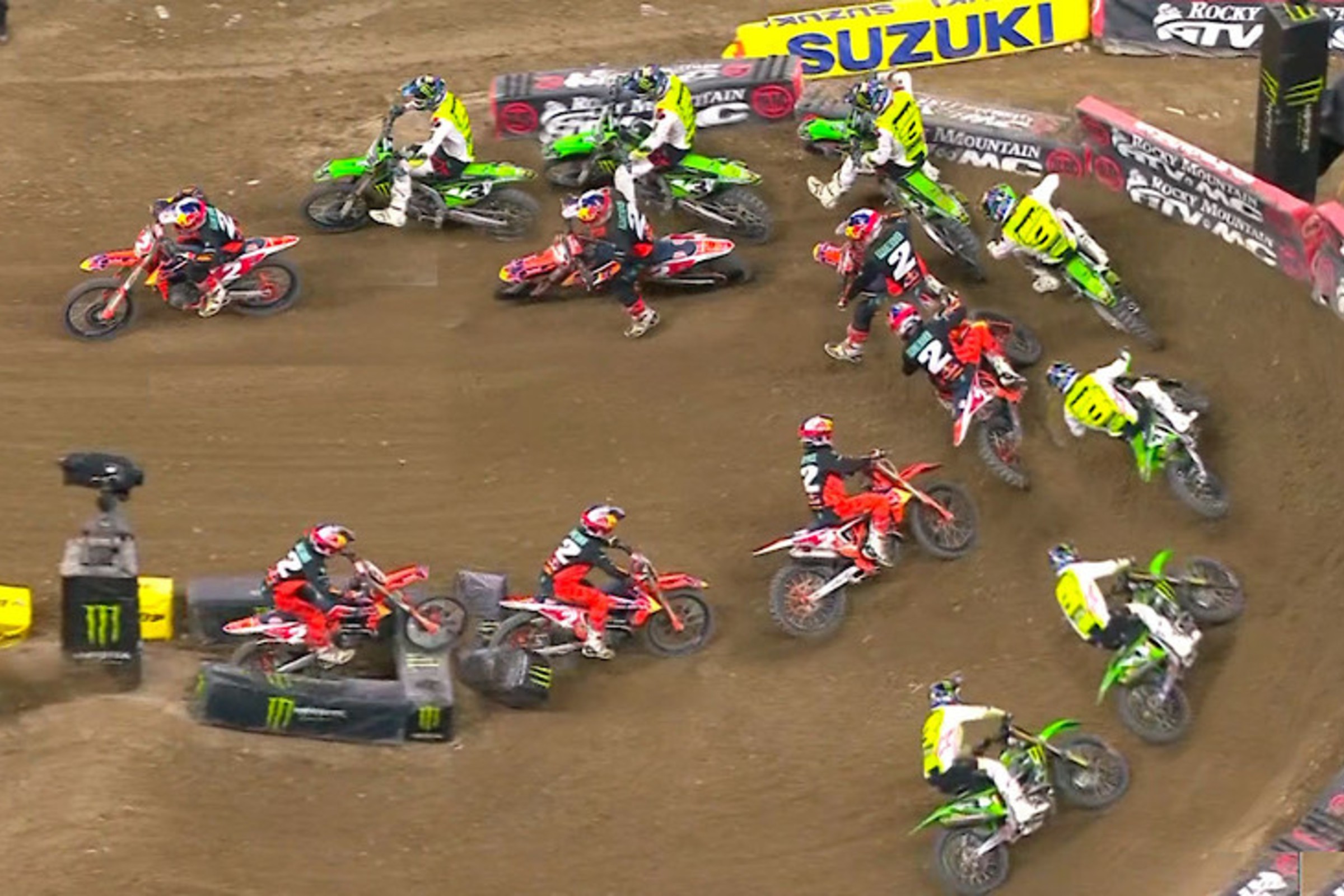 In the Mag, Tough Calls

“So there was an inequity of the winner losing the win compared to, say, 16th place losing 16th place for the same penalty. That’s a huge inequity.” Afterward, Feld Entertainment, as well as the AMA and FIM and the teams, decided to change the penalty to a scale of points rather than positions."