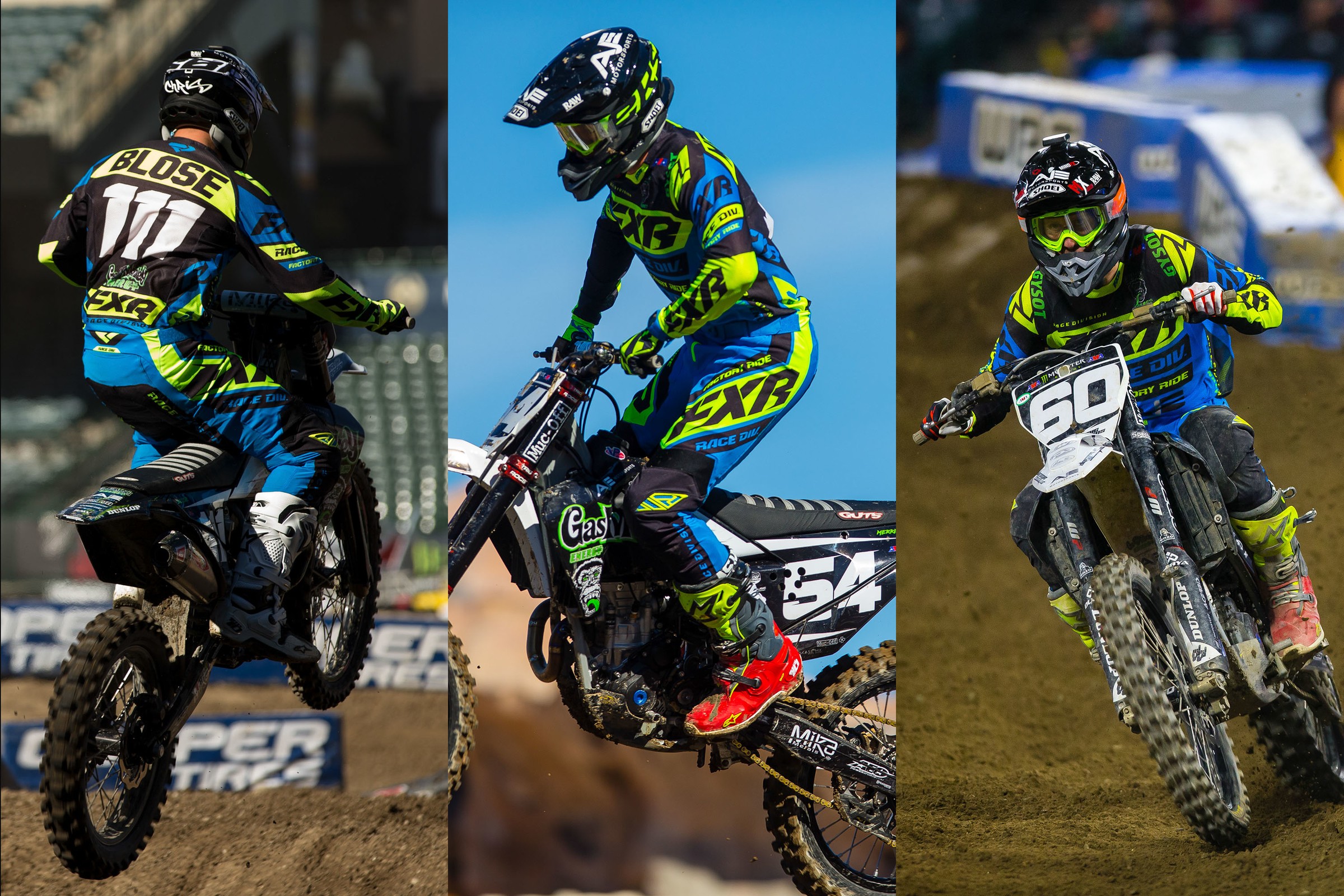 The Gas Monkey Energy/AJE Motorsports team is made up of Chris Blose, Dylan Merriam, and Justin Starling. While all three admit that the season has been a little rough, and even gnarly, they also have a lot of fun and jive really well as a team.

Speaking of gnarly, Starling was involved in an incident with 250SX West Region points leader Adam Cianciarulo—after Adam crashed on the backside of a blind over-under bridge jump—and Blose was the victim of a take out by Monster Energy/Yamalube/Star Racing Yamaha’s Dylan Ferrandis this past weekend in Houston.

Without prompt, nor prior warning, we threw the three teammates in a completely random group text. Below is a transcript of our conversation: