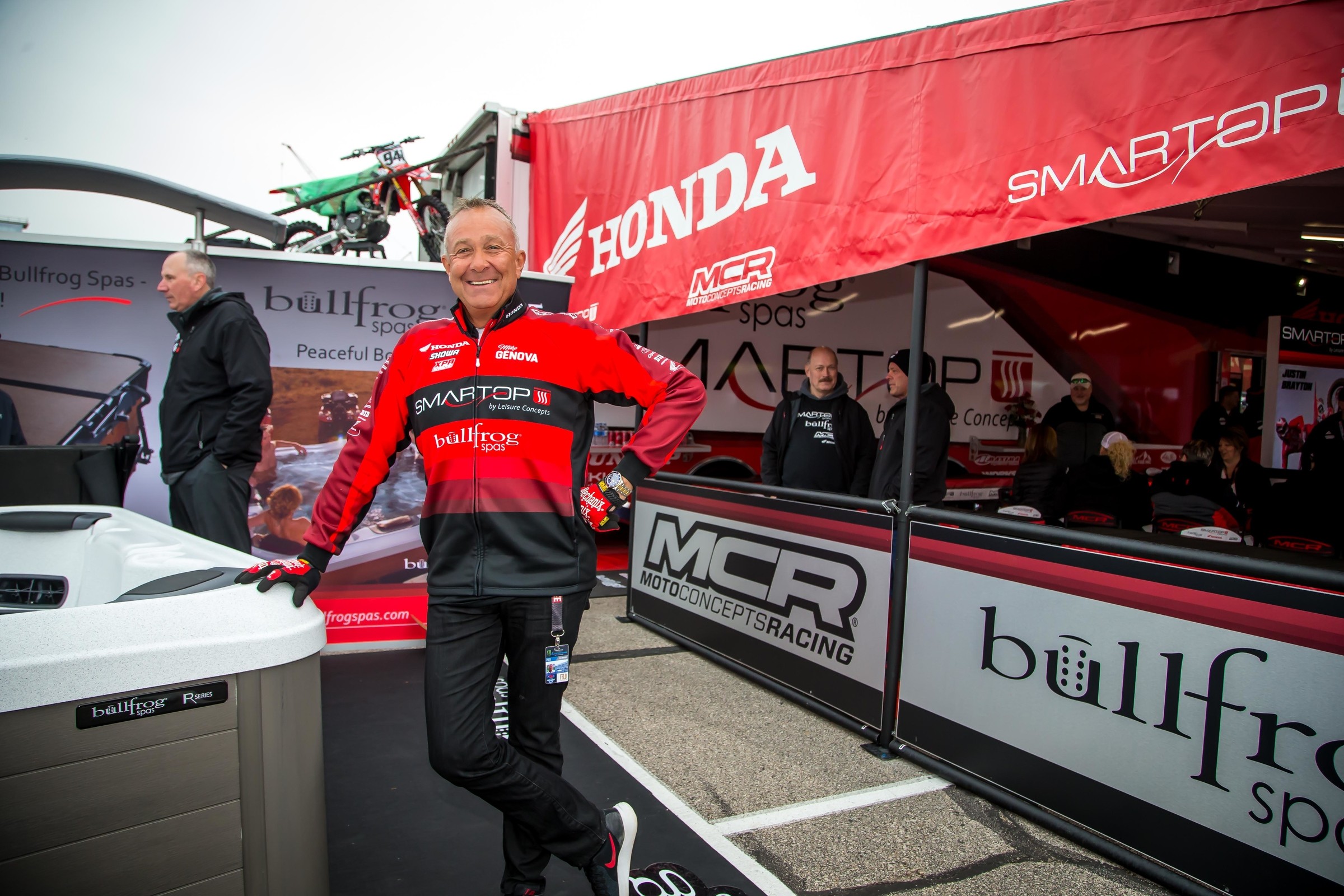 3 on 3 Matthes the Team Manager

Kris Keefer will be racing the first two rounds of the Lucas Oil AMA Pro Motocross Championship for Smartop/Bullfrog Spas/MotoConcepts Honda, with the one and only Steve Matthes as his team manager. No, this is not an April Fool’s joke. The deal recently became official, as you'll see below.

Here’s what Matthes had to say on the news:

1. Kris Keefer will be racing the first two rounds of Lucas Oil Pro Motocross with Smartop/Bullfrog Spas/MotoConcepts Honda with YOU as team manager. WHO WOULD HAVE EVER GUESSED THAT?

Steve Matthes: Well, definitely not me! At times, team manager Tony Alessi and owner Mike Genova haven't been huge fans of things I've said and written but hey, I calls them like I sees them and recently the team has been great and the riders I talk to that have been there have been impressed with the team so I've written and talked about that. Things have definitely improved for the team, and also my relationship with it. Anyway, Justin Brayton first mentioned this possibility I guess, so I have to thank him as well. Keefer was going to do the first two nationals out of his van and I was going to possibly wrench for him which honestly, I wasn't looking forward to very much. Being a mechanic is a hard job! I'm stoked with this chance to manage the team and try to help out a friend. Thanks to Genova, Alessi, and everyone for the support.

2. What are your expectations for Keefer?

Well this is a tough one. The results seem to be all over the map for Kris. He hasn't raced a national in, like, forever. He's also, like, super old when it comes to pro motocross. He rides a ton though and he's in good shape so there's that. Plus Hangtown and Pala Raceway are tracks he knows a bit. I know I said 10-10 on the PulpMX Show the other night but I wasn't serious.

Tony thinks he might score points, I have other friends that say no way he makes the motos. So, yeah, expectations are all over the map. Myself, I think the hardest thing will be getting into the motos via qualifying because sprint speed isn't something I'm sure "we" have a lot of. He's in shape and can do two 30's plus two if he gets into the motos. I think he'll make the motos and we'll go from there. To get inside the top 20 is a big ask, but if anyone can do it, it's a rider that is managed by me!

This is happening! @pulpmx will be the team manager for the Smartop/Bullfrog Spas/MotoConcepts Honda team for the first two rounds of @promotocross with @kkeefer120 as the rider. @jasonweigandt

3. What will you do differently as a team manager?

First of all, I don't need those Weege and Grant Langston guys coming into my pits and disturbing my rider and mechanics. So Weege is out, no distractions from the stupid media, please. We're not there to feed them and give them drinks. That goes to the rest of 'em, also. We're here to race! Second of all, Cooler, Aaron, and Nick, my MotoConcepts support staff, need to bring their "A" game to the races because I demand perfection. I will not be nice to them, just letting them know, that's my "management" style is to rule by intimidation. Oh, and also, I will not be doing any actual hard work, that's on those guys. So that's a couple of things that will stand out on MY TEAM. Also, mandatory hot tub breaks before the first moto so bring your trunks, everyone.