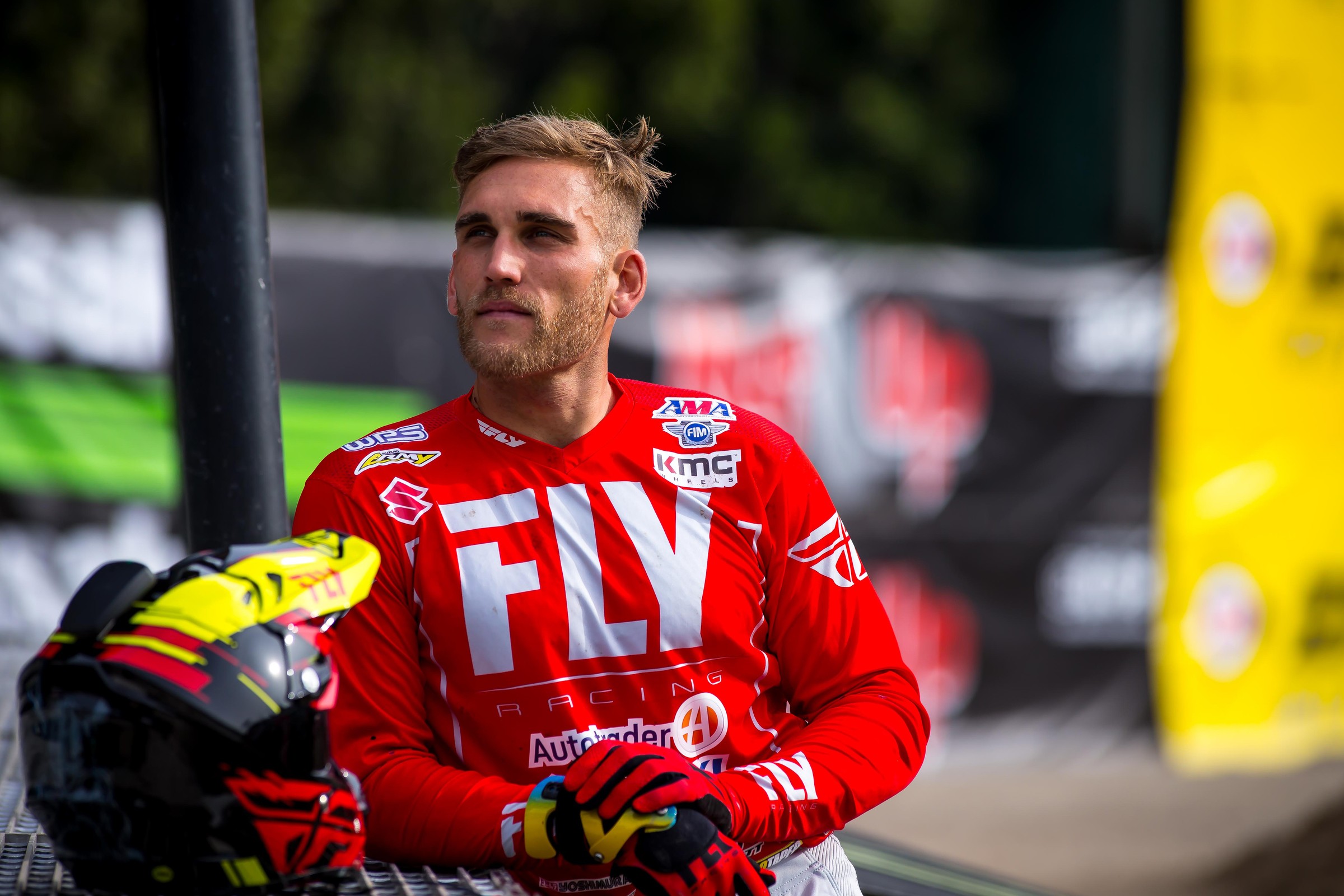 When Weston Peick got hurt before the season while racing the Paris Supercross, it sent shockwaves through the motocross community. Not just because of the acute severity of his injuries, but because we’ve become accustomed to Peick, informally dubbed the toughest man in the paddock, to shaking big crashes off like cheap chain lube. But there’s a point where even guys like Peick get wobbled, and Peick found that limit in Paris.

But, true to form, Peick is back training hard and working toward his ultimate goal of getting back on the motorcycle. We spoke with him to see how the process was going.

Racer X: Just as a refresher, give us a rundown on what happened, and the injuries you sustained.
Weston Peick: Yeah, back in November I had a bad crash in France and it was one of those things where it was a super slow motion crash. When I went to get up my head got landed on, straight from the frame, right into the open part of my helmet. At that point everything became a blur and I don’t really remember anything from then on. I was in an induced coma for a few days. I think I came to around Monday or Tuesday, but I don’t remember much from that first week. After about 18 days I was able to get home. It was really fun.

It was kind of crazy, 98 percent of it was from the neck up, all face trauma. I had about 21 plates put in my face and four screws. It’s called a Le Fort fracture one, two, and three. It’s where your skull separates from the lower half of your face, it’s pretty gnarly.

Yeah, that doesn’t sound great.
No, it was shitty. I still have some issues moving forward. I’m still struggling with eyesight, but it’s coming along. It’s just going to take time for it to come back around. So I’m just kind of waiting on that, and little stuff here and there. I have to have surgery on my nose and a few other things here and there, but for the most part I’m feeling a lot better. I’m back functioning, I’m pedaling my road bike, and I’m in the gym working out so at least I have some sense of purpose right now in waking up and training. But for the most part there’s still that missing piece of training on the dirt bike and showing up on the weekends and racing. Just trying to find something else that takes that place is pretty hard to do right now, but I’m doing what I can.

Obviously France isn’t third world or anything, but it seems if you’re going to have an injury it’d be tough to do it in an unfamiliar country.
Yeah, it would have been ideal to get hurt in the States, but fortunately in France I was in an excellent hospital that treats a lot of facial reconstructions. Luckily I was in that hospital, and they took great care of me. They did everything they could to handle my injuries the correct way. The hardest part was the language barrier. Not a lot of those doctors and nurses spoke English, so it was a struggle for me, my dad, my fiancé, and my mechanic. It was pretty hard to conversate. A few friends who were French would come sometimes and were able to translate, but the hardest thing was communicating. I couldn’t even talk because I had a tracheostomy tube. I had a pen and a white board trying to write down what I thought and needed. That was the hardest part of that, but we all made it through and made it work.

This has to be the toughest injury you’ve ever had to come back from. Talk about the differences between this one and some of the past injuries.
Yeah, well, I’m the kind of guy who will fly through the air, land, and not breaking anything. I get up and keep riding.

Yeah, that’s kind of your deal!
Yeah, I don’t get it. Like last year I flew through the air off a triple, landed, and still raced that night. I was injured, but I still raced and I wasn’t broken. Having this be such a stupid, low-speed crash, it’s like, “What the hell is going on? How the hell does this happen?” It’s just one of those things, it happens. I was just in the wrong place at the wrong time. I got landed on in just the right spot where I could take the hardest impact in the worst part of an open-faced helmet. There’s no helmet out there that could have protected me any better unless I was wearing a full drag racing closed-in helmet or something. It’s one of those things where you have goggles in an open-faced helmet. It’s going to happen if you get hit in that spot. It’s a bummer. I’ve had bad injuries, but nothing like this and it’s a struggle. I’m walking and talking and my arms and legs move. There’s nothing broken. It’s such a weird injury. It’s a whole different level of trying to figure out.

Yeah, you can’t exactly do physical therapy on your face or your eye.
No, I can’t. The only therapy I’ve been doing is on my jaw. It broke off in three spots, and when they put it back together, the joint is now tight. The right side of my jaw joint is pushed really tight into the joint so my jaw doesn’t release open. It rotates but it’s not unlocking so I can’t open my mouth very far. I’m in therapy for that and I’ve been having my longtime friend Pat work on me and my fiancé’s been working on it too. I’m doing everything I can to get it to open up and release so I can chew food normally. That’s the only therapy I can actually do. Everything else is just, let it heal.

About the eyesight. Is there any kind of window attached to that?
I wish I had more information from the doctor on that, but there’s no window. It’s complicated. It’s a nerve. The doctor says I’m going to get more vision, he just doesn’t know how much. It’s just one of those things that takes time. Nerves grow at such a slow pace. They don’t know when, but they are saying the eye is going to get better. It just needs more time. It’s only been three months. I need to give it more time to see progress.

It seems like so much longer than that. It seems like such a long time ago.
Yeah, I keep asking them when it’s going to get better and the doctors are like, “Dude, it’s only been three months.” That’s not a lot of time.

What’s your vision like right now?
It’s hard to even explain. It takes a lot for me to see stuff out of that one eye. I can see stuff out of it but it’s a very small range of vision. It’s not like a broad spectrum you’d typically see out of a good eye. It’s a very small picture. If I were to look at a house, I’d have to scan around in a circle just to see the entire house. It’s not like looking at a house and seeing the whole thing.

You’ve been at some of the races. How’s the support from the fans been?
They’ve been extremely awesome. They’re extremely supportive and understanding. They’re always asking when I’ll be back, and it’s pretty awesome to have such a great fan base. Everyone is so interested in what’s going on.

What remaining supercross races are you going to this year?
I’ll be at Houston, Tennessee, and Vegas.