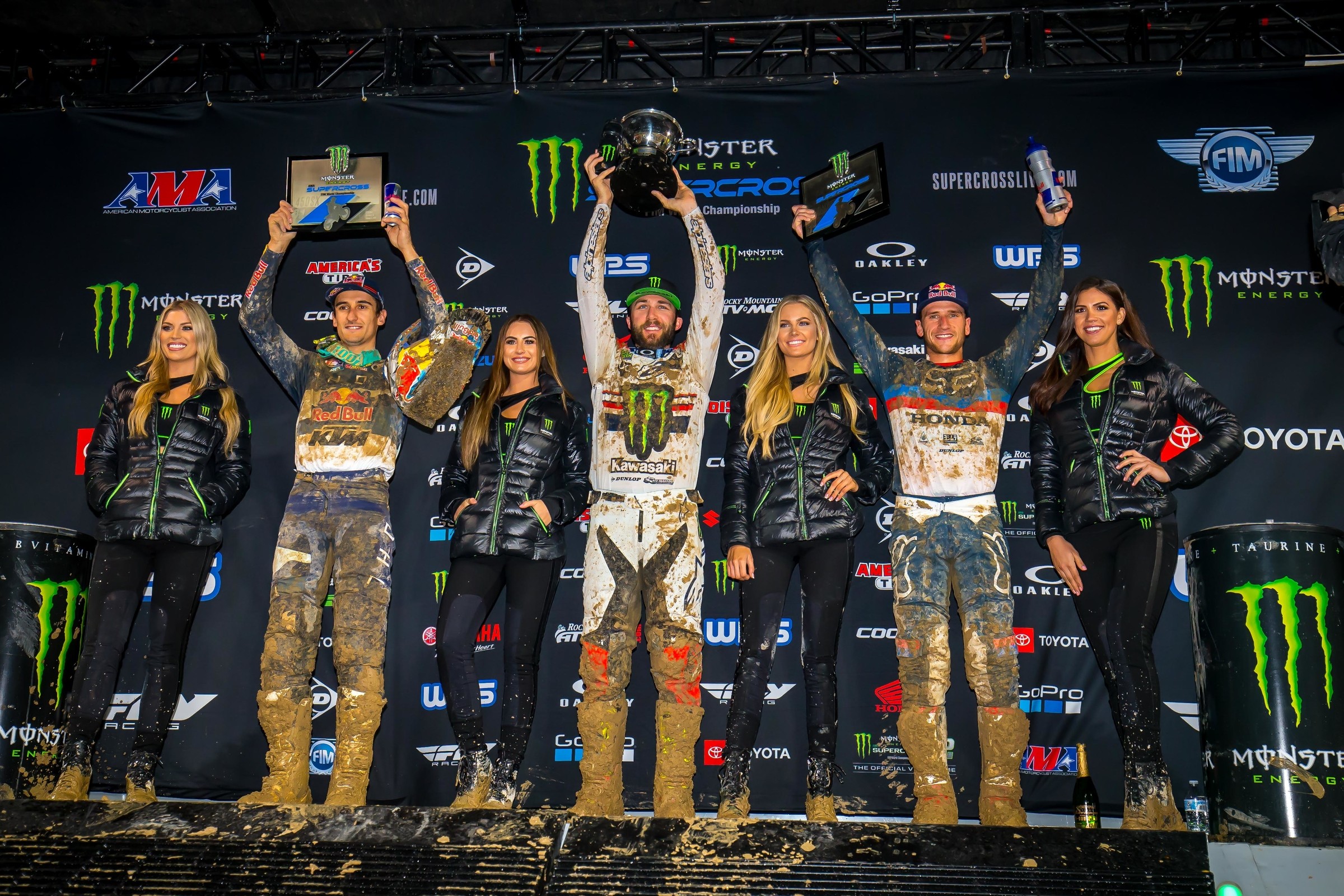 Round five of Monster Energy AMA Supercross took place in San Diego, California, last night and was a complete mudder after showers dumped on Petco Park in the afternoon.

In 250SX, Monster Energy/Pro Circuit Kawasaki’s Adam Cianciarulo earned his third win of the season and now holds the points lead going into a break for the West Region. His teammate Garrett Marchbanks earned his first career podium with a second. JGR/Yoshimura Suzuki’s Jimmy Decotis finished third after Dylan Ferrandis suffered a mechanical on the final lap.