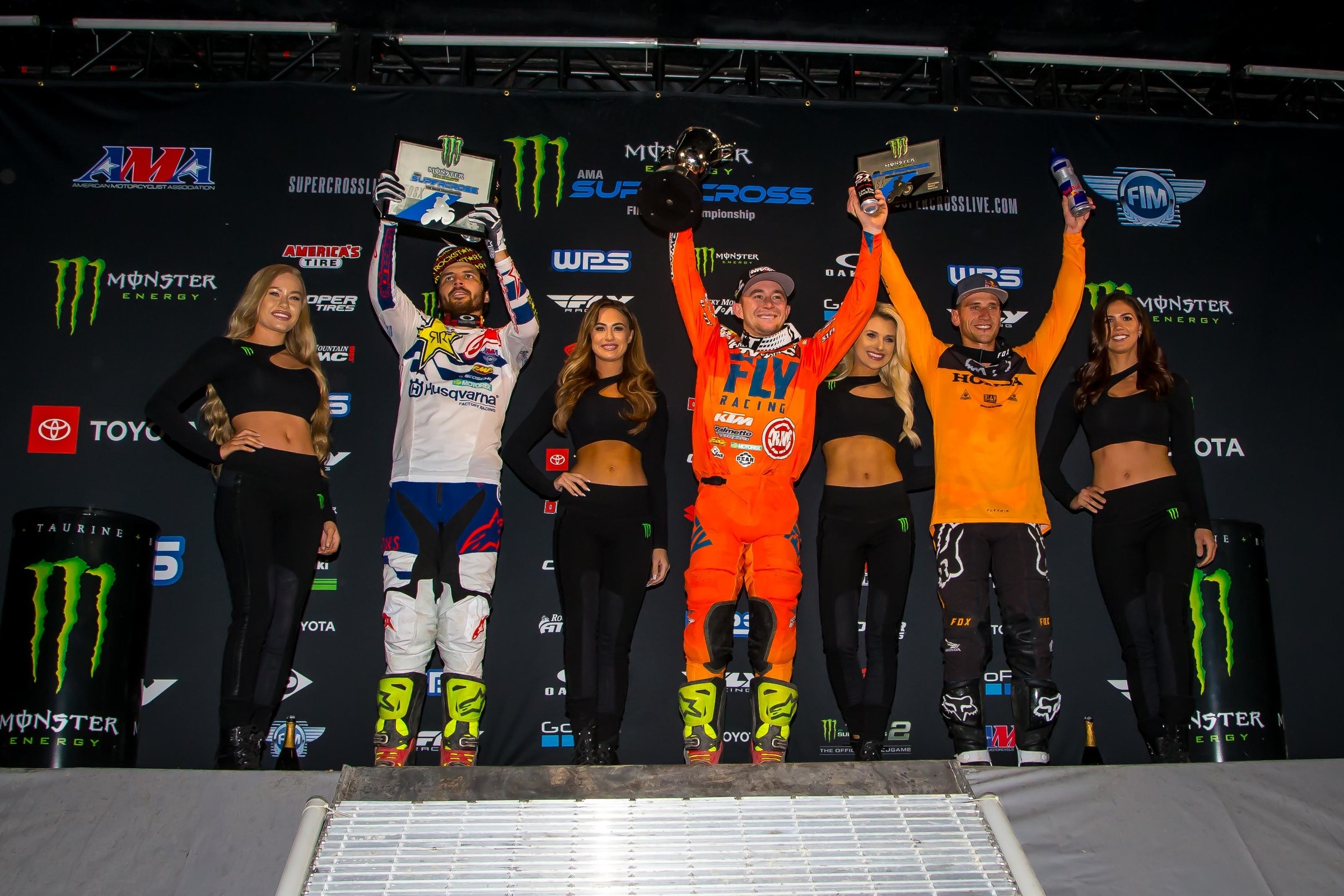 Anderson, the defending champion, bounced back from a rough opener to finish second. Ken Roczen, the early leader before Anderson made an aggressive move and caused Kenny to fall, finished third.