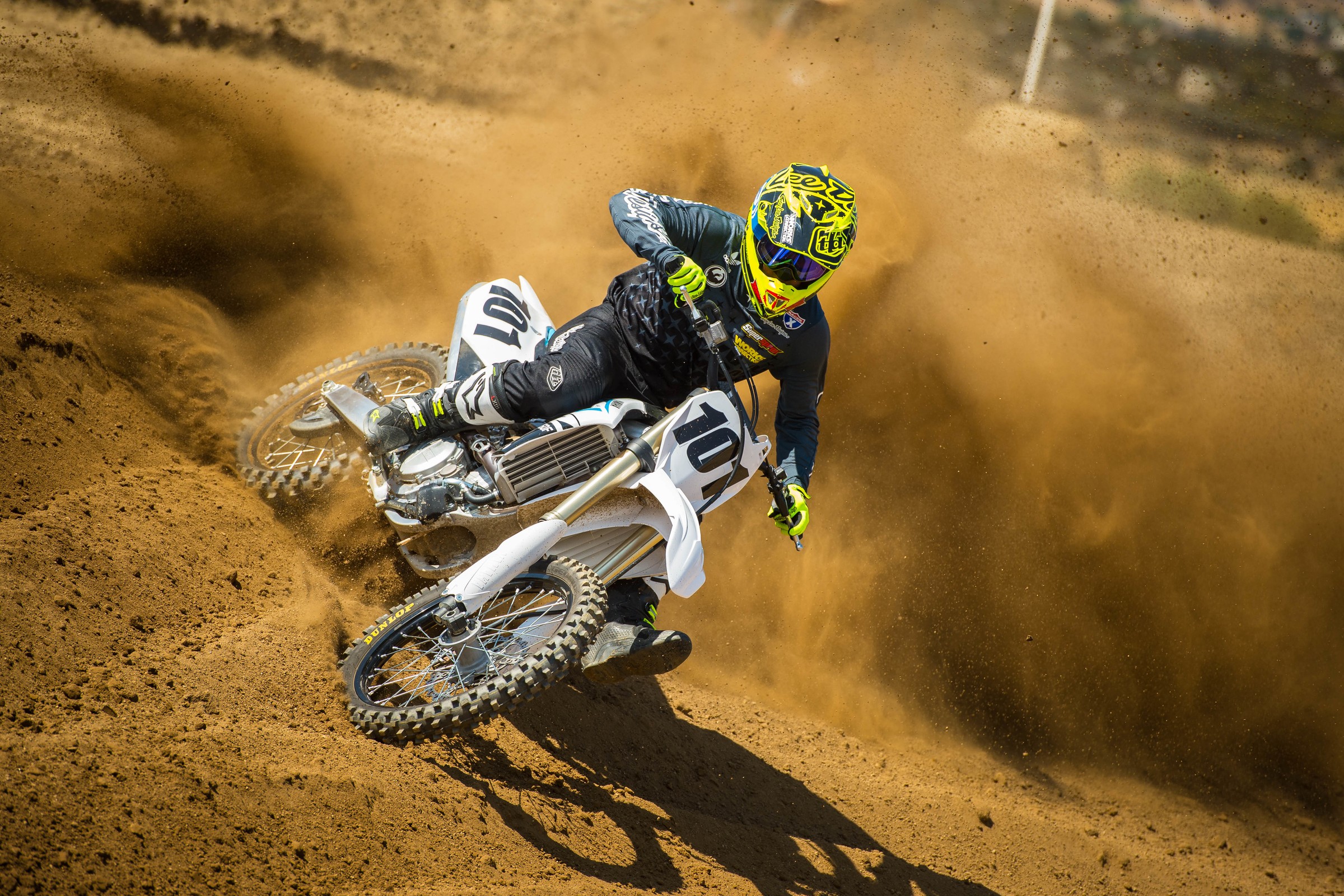 I watched the Anaheim 1 presser where Ralph Sheehan introduced the broadcast team and to my surprise Jeff Emig is absent from the picture.  I immediately turned to Racer X Online for my query and find no information about this startling news. There was no mention of it in Racerhead and I see no news of it on Social Media. I quickly turned to the source of all great conspiracies....Google!! Absolutely nothing!! What gives?? Either I missed some major news or I smell a significant cover up here. The kind of cover up that would keep Matthes from blabbing about it all over the place. Who has this kind of power and clout? What say you, Ping? Can you tell me the truth about why Jeff "Fro" Emig is no longer a part of the Supercross announcing team? I can handle it.

I don’t know the reason behind Feld’s decision. What they told Jeff was that NBC wanted to differentiate between the broadcast team that was at Fox and the new team at NBC. However, as Jeff mentioned to me, he’s the only one that wasn’t brought over. Hopefully he finds something that gets him to the races frequently because the sport is better with him involved. In the meantime, enjoy Ralph and the GOAT in the booth. Also, we did mention the new broadcast team here on Racer X Online. You can read the post here.

We appreciate your insights. My question relates to the Hampshire/Cianciarulo incident. After Adam parked RJ, how could he be so oblivious to the retaliation that could be coming? It seems to me that most racers would have protected their line better or would have “checked up.” Is it the heat of the moment that clouds the racing judgement?

Thanks,
Troy in Oregon

Not many folks know this but Adam was actually swooped up by a tornado off the start of that main event, bike and all. While you may have seen a #92 Kawasaki bouncing off other riders, taking detours off the track, knocking people down, crashing, and traveling at speeds normally reserved for lunatics on rocket bikes at the Bonneville Salt Flats, it was just Adam hanging on while the tornado tossed him about for 15 laps. True story.

I’ll say this: Go outside and get your heart rate up to 200 beats per minute, whatever that may require. For some it could be a light jog and for others it could be hill sprints. Once you’ve hit that heart rate, try to work out a few complex word problems or math equations and see how you do. Hypoxia is a bitch as it relates to cognitive brain function and when you’re bouncing off your own personal rev limiter, there is a good chance you make a few mental errors. Adam stuffed RJ before the whoops like chicken cordon bleu and he should have known it was coming back. My guess is that he figured he screwed RJ up enough that he wouldn’t be close enough to hit him. He was wrong. Either way, it would have been wise to cover the inside a little better. Maybe this week he’ll avoid the tornados and make better decisions.

When first announced, I had my doubts that I could sit through 90+ minutes of the new Whiskey Throttle Show just listening to another typical interview with a couple of guys talking about the same stuff we always hear. However, after listening to the first 2 episodes with DeCoster and Johnson, I can’t wait for more. For DeCoster, my favorite was the story about when they were at the Des Nations and he found Lechien drunk in the hotel room and asked, “Ronnie, what the F*** are you doing?” Then for Johnson, my favorite was when he described the YZ 490 that Glover won a championship on as, “a pile of sh**!” I’m an old guy, but I literally lol’d more than once listening to these shows. I must admit, though, that I'm a bit envious while listing in my car, of those at the show chugging the free beer! Yes, I realize that I have yet to get to a question, but it has to do with references included in both interviews that will likely be referenced in all interviews for anyone who was involved in the sport in the ‘80s. So here goes: WHEN IS THE RON LECHIEN INTERVIEW? Please tell me there are plans for this, as the one or two bits I got from these shows only increases my desire to hear a few stories that only he knows! While I have to imagine that we are beyond any statute of limitations at this point, I understand if legal issues may prevent this. However, you could always put him in the shadows, disguise his voice and claim he was just a good friend if you need to!

Thanks for the nice words, my man. We’ve been working really hard on it, so it’s nice to hear that folks are liking the show. Our format and our location make it so that we can have every single legend/hero of the sport come in and talk with us, face to face, throughout the year. Ronnie is absolutely on our list of guests, and we’ll continue to ask every person on the show if they have a good story involving “The Dogger.” Our next few guests include Bones from Pro Circuit, Ben Townley, Eli Tomac, Adam Cianciarulo, Shane McElrath, and Cole Seely. Our next live show will be Thursday evening, January 17, with Jeff Emig, and you don’t want to miss it. It sounds like you live outside of California but if you ever visit, try to come by the TLD Saloon and see a show. We’ve been having a lot of fun doing these and I think you’ll get a kick out of it. For those who are in the SoCal area, click here to buy tickets to see Jeff Emig next week. All the proceeds go to Road 2 Recovery and tickets are only $20 each. Price of admission gets you in to the show AND free pizza and 805 beer. If you don’t live here, you can watch the entire show on YouTube by searching The Whiskey Throttle Show.