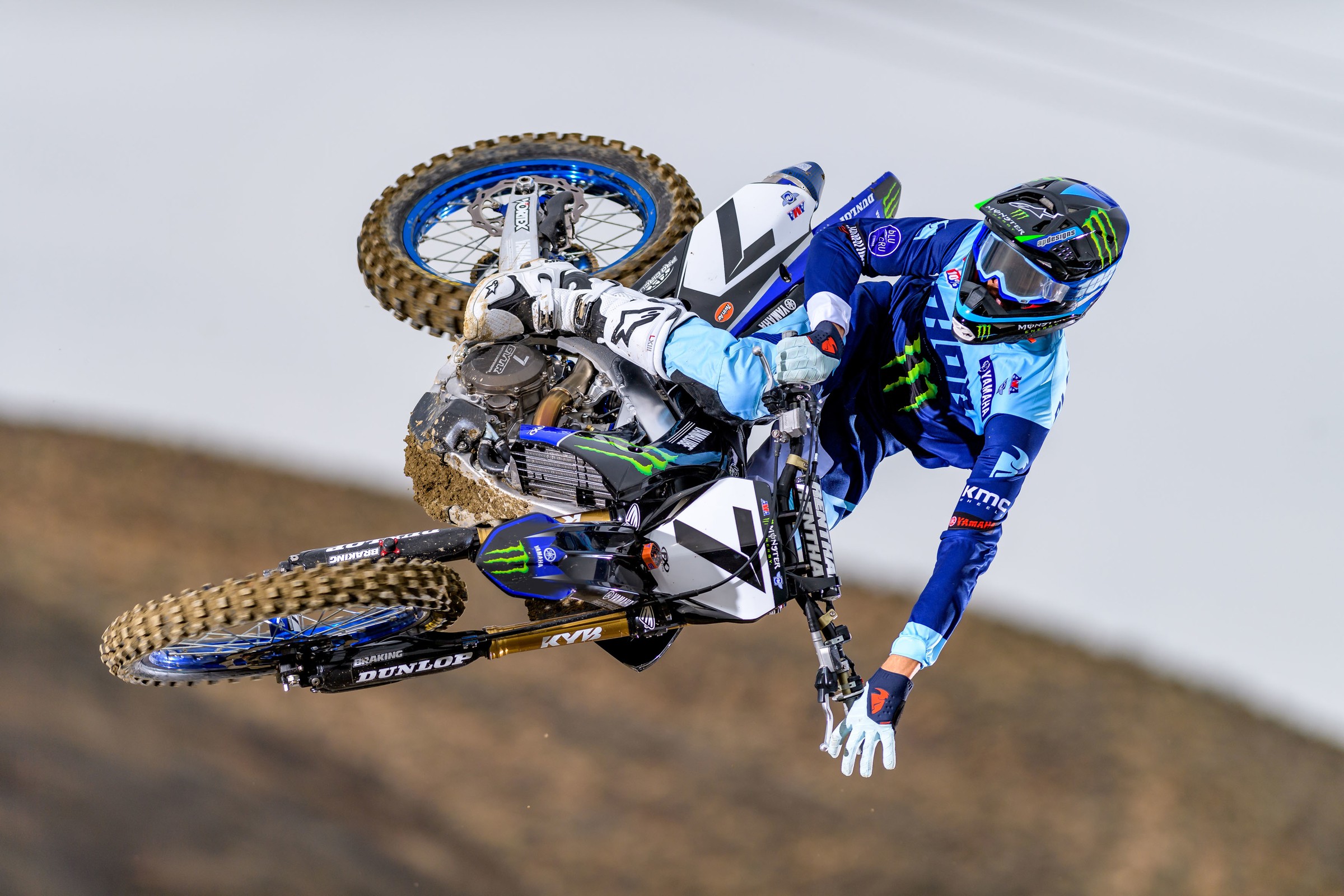 3 on 3 Will Elite Rookies Succeed?

For this week’s 3 on 3, we bring in the panelists from the show, Jason Thomas, Jason Weigandt, and Steve Matthes for some thoughts on those riders.

1. Will any of the four rookies win a race this year?

Jason Thomas: I don't think it's a lock by any means, but I will say yes. With the triple crown format, the door is more open to variance. The 12-minute main events make starts more critical while also taking the last few laps of fitness out of the equation. This is the strongest rookie class that I can remember and there is a bit of turmoil at the top, too. Tomac is rumored to have a sore back and Musquin had his knee scoped, putting them with question marks on their A1 readiness. Justin Hill almost won last year as a full time 250 rider, so one has to think he is ready to finish what he started in Tampa. Osborne is much more seasoned than the standard rookie and will definitely be fit enough to finish 20 minutes. Savatgy came out swinging at MEC, much more competitive than I would have imagined, and lastly, Plessinger should be a threat right away on the 450 that many think will suit him (Matthes).

Jason Weigandt: With four very solid guys, yeah, I think at least one win is going to happen. I think the total rookie win number comes down to the health of the rest of the field. If we get the standard deviation from Anaheim 1, with half or the contenders or more out with injury, the door will be wide open for rookie wins come April.

JT mentioned the Triple Crown races opening the door to new winners, and that's true, but on the other end, today's "regular" 450SX main events are 20 minutes and one lap, quite a bit longer than they used to be. That gives more time for the cream to rise to the top, and a rookie to get nervous while leading laps.

Steve Matthes: Going last in these things stinks, you often end up repeating the same point the other two jerkies made but here we go. Ok, no I don't think any rookies win a race this year but with Marv getting a late start and ET having to take some time off the bike (we hear) there is a slight crack in the door. If there is a guy, it's Zach Osborne who will take it. Although he too had a small crash that kept him off the bike. Anyone who’s listened to me this off season knows I've been impressed with what I saw with Osborne overseas. WACKO NATION!

2. Which rookie will have the best overall finish?

Thomas: I will take Osborne for the best overall points finish. He has more experience than the rest of these guys and a storied coach in his corner (Baker). I think he has seen that the long game pays off by watching Jason Anderson's 2018 season. As every rookie learns, 17 rounds are much tougher to manage than it sounds. Experience is invaluable in the 450 class and I think Osborne will prove that out in 2019.

Weigandt: In points, I will go with Osborne. I think Plessinger and Hill might have more "wow!" moments that get people really talking about their potential in the future, but Osborne is just so solid, and certainly more seasoned and experienced than the average rookie. Plus, as JT mentioned, he's got the very consistent 450SX Champion to lean on in the same truck. The points will simply come down to which rookie has the least bad races or the fewest bumps and bruises. I'll pick Osborne in that department.

3. Which rookie will surprise people this year?

Thomas: I think Justin Hill's speed will surprise the casual fan. Those of us paying attention last year will remember Tampa and Atlanta from a season ago, but a few times this season, I fully expect Hill to battle for the lead. He has an elite level of speed that most simply can't reach. Justin himself has a tough time bringing that level each week, but when he's clicking, he is a world beater. His starts will be critically important to his success, too, but I think that on his good weekends, that confidence will bleed into his starting prowess. It's not a coincidence that the riders that expect to win usually start near the front. Hill's good and bad weekends will likely follow that same trend.

Weigandt: Yeah, I'm with JT on Hill. Today's supercross elite is so, so, so good that it seems difficult to imagine someone new can find another level, but I think on the right track and the right night Hill can do that. On a very technical track, he can ride so relaxed and so precise. I could see a track that's super steep or chewed out and rutted sending riders over the bars all over the place, while Hill just clicks off laps without error. He's that good. If he does it well enough to win the race, it will definitely surprise people.

For totally different reasons, I think Savatgy will surprise people. It just seems like the fans have totally given up on this dude. If he does well it will seem surprising although it probably shouldn't be.

Matthes: Well, yeah Hill but those other two said that. That's easy—Justin will have those days where you can't believe he could look so good. So I'll go with Savatgy because I think expectations for him are lower than with Osborne, Plessinger, and Hill. We saw Joey at the MEC and he looked great, the team has been very happy with him this off-season, and there's no pressure on him whatsoever. So if I have to pick JUST 1, it'll be Joey Savatgy.