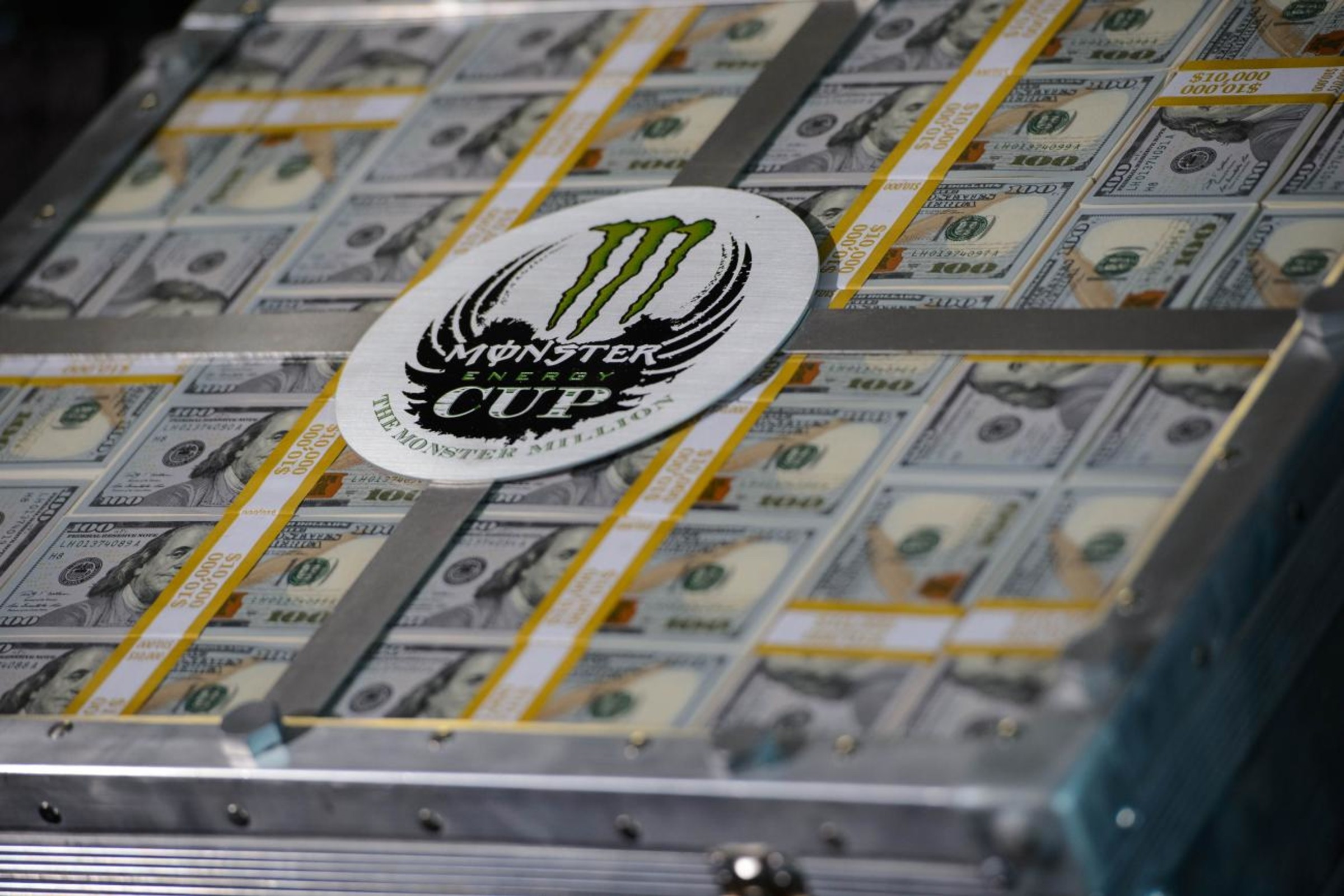 The List What To Watch For At The Monster Energy Cup

Jason Weigandt detailed it yesterday in 3 on 3, but a major storyline this weekend will be how Eli Tomac and Justin Barcia recover from a disappointing Motocross of Nations defeat just five days ago. How much MEC prep did they sacrifice for MXoN prep? Will they be able to quickly put RedBud in the rearview? Those questions will be answered tomorrow.

Marvin Musquin actually won Monster Million jackpot at this race a year ago, joining Ryan Villopoto as the only two riders to ever sweep all three main events. Marvin’s exclusion from Team France has been well documented, but it is worth noting he hasn’t been focused on motocross the last few weeks and should be better prepared for this weekend. Can he be the first repeat winner in history?

Joey Savatgy will make his 450 debut with Monster Energy Kawasaki this weekend. Savatgy is sticking with the same brand and surrounding cast as before, so you wouldn’t expect a huge adjustment period. With that said, he hasn’t had a huge grace period to adjust to the bigger bike, either. Jason Weigandt, Steve Matthes, and Jason Thomas already weighed in with their expectations for Joey this weekend, but how do you think he will perform tomorrow?

Following two seasons with Monster Energy Factory Yamaha, Cooper Webb will make his Red Bull KTM debut on Saturday. Further, this Saturday will mark the first time in his professional career Webb has ridden anything other than Yamaha, as he spent his entire 250 career with Star Racing Yamaha. Webb never seemed to gel with the Yamaha in the 450 class and found the podium just three times in Monster Energy Supercross in two seasons. Is this the reset Webb needs? Because he’s so new to the KTM, this race probably won’t tell us much, but it will be interesting to see how he looks on a new brand.

As we reported earlier this year, Malcolm Stewart will be getting support from Smartop/Bullfrog Spas/MotoConcepts Honda this off-season. He debuted with the team at the Montreal Supercross and rode to a 1-1-1 sweep. “We’re still early in our program, so like I said, I’m more beyond happy,” Stewart told us after Montreal. “I can’t thank Tony [Alessi] and Mike Genova for this. For those guys, even calling me back was a huge uplift for me, and giving me the opportunity to ride the bike is awesome. I’m more than happy to even just be riding it. Hopefully we’re going to keep moving forward.” Nothing for 2019 is official with Malcolm and the team, but a good result this weekend will go a long way toward getting a deal signed.

Chad Reed made his debut with AutoTrader/Yoshimura Suzuki at the Lucas Oil Pro Motocross season finale at Ironman. The team will help Reed this off-season, including this weekend in Vegas. Like Malcolm, Reed and the team don’t have anything official signed for next year, so this weekend could prove big. How will Reed perform in his SX-debut with the team?

Four-time Monster Energy Supercross Champion Ryan Villopoto has at least declared he will ride practice and qualifying on Saturday on a Yamaha YZ450F. What does that mean? Will he keep his gear on and race? How will he do? Forget the Joker Lane, RV is the real joker of this whole thing. Talk about a wild card!

[Update: RV confirmed at press day he will race the main events.]

This is the eighth year of the MEC, so you should be familiar with the format, but if you’re not, here’s how it works. There are four qualifying sessions (two each for A and B), with the top 18 riders transferring directly to the three 10-lap main events. The remaining four will be determined through the LCQ (five laps). There will be three 10-lap main events. If any rider is able to sweep all three mains, they’ll win $1 million dollars. That’s only happened twice—Ryan Villopoto did it at the first MEC back in 2011 and Marvin Musquin did it last year. If there isn’t a sweep, the overall winner gets $100,000 (not exactly chump change). The Amateur All-Stars and Supermini Classes will have two practice sessions (no LCQ) and run two six-lap main events. The best combined score from each of their two main events gets the victory.

Since its inception the Joker Lane has essentially served two purposes: creating confusion amongst the riders (a la Ryan Dungey and Ryan Villopoto) and bringing race strategy into a sport that previously had very little. It is always a factor in this one-off race. Who will handle it best this weekend?

Another wrinkle in the one-off event is the inclusion of amateur riders. The event will again feature two amateur classes—Amateur All-Stars and Supermini—with some heavy hitters featured in each class. The entry list in the Amateur All-Stars class is stacked with up-and-coming riders, including Amsoil Honda’s Jo Shimoda and Carson Mumford; Team Green Kawasaki’s Seth Hammaker; KTM’s Derek Drake; Yamaha’s Jordan Jarvis; and Husqvarna’s Jalek Swoll. The Supermini classis stacked with plenty of talent including Talon Hawkins, Ryder DiFrancesco, Max Vohland, Nick Romano, Hunter Yoder, and more. You may not know these names now, but keep an eye on these riders this weekend, they’ll be filling the starting gate at Anaheim 1 soon.