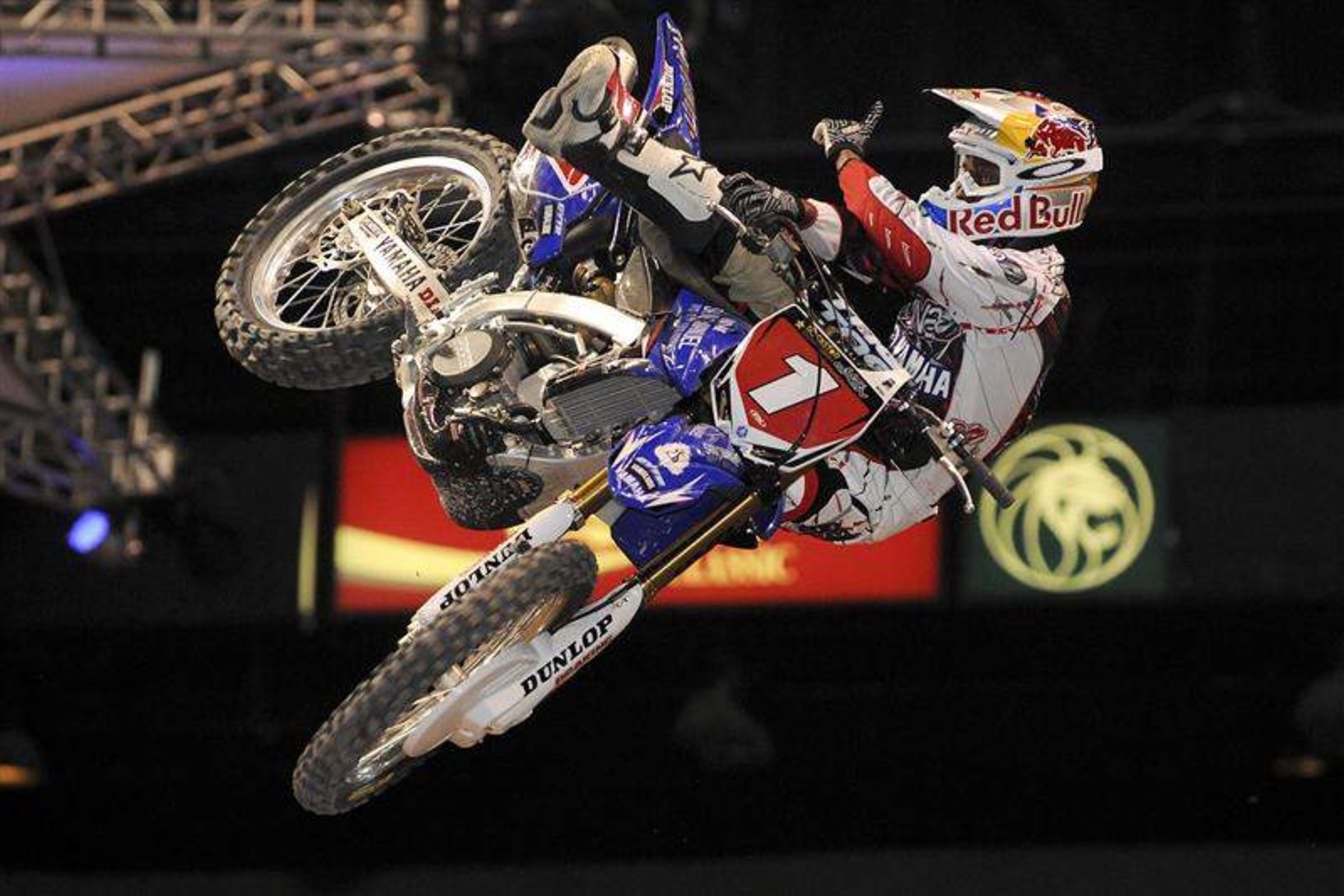 On This Day in Moto October 9

Another year, another Unadilla mudder, another Trans-AMA win for Team Suzuki's Roger DeCoster. This one is the fourth of five in a row for the five-time FIM 500cc World Champion, and it's maybe the muddiest of all.

DeCoster got a gift from America's top 500cc rider "Bad" Brad Lackey in the second moto when the Honda rider crashed with two laps to go while holding a 35-second lead. Then his bike flooded, and Lackey could not get restarted for some time. DeCoster took the overall with 1-2 scores to Lackey's 2-5, while yet another Honda rider, Tommy Croft, was third overall with 11-1 finishes. Fourth-place went to future multi-time FIM World Champion Andre Malherbe, who was riding a Penton.

Barnett was a former AMA 125cc Amateur National Champion. The '77 races were going off that same weekend at Lake Sugar Tree in Axton, Virginia, which at the time was run by a promoter named Avery Mills. The 1977 AMA Amateur National Champion in the 125cc class would be Jeff Callahan, an 11th grader from Virginia. In the 250cc class, University of Maryland college student Ferrell McCollough would take the win—he was also the '76 AMA 125cc class champion. And in the Open class many thought Gary Bailey's stepson David Bailey would be the sure winner, especially after he won the first moto aboard his Bultaco. But then the future AMA Supercross and multi-time AMA Pro Motocross #1 jumped the starting gate and then got stuck in it too! He was docked a lap but still climbed into the top 20 before moto's end. The class winner was a 15-year-old from Solon, Ohio, named Gary Easton, who rode a Yamaha. All three of the class winners received a brand-new Suzuki from the event sponsor.

Here's a deeper dive on it from the race coverage we had exactly ten years ago today.