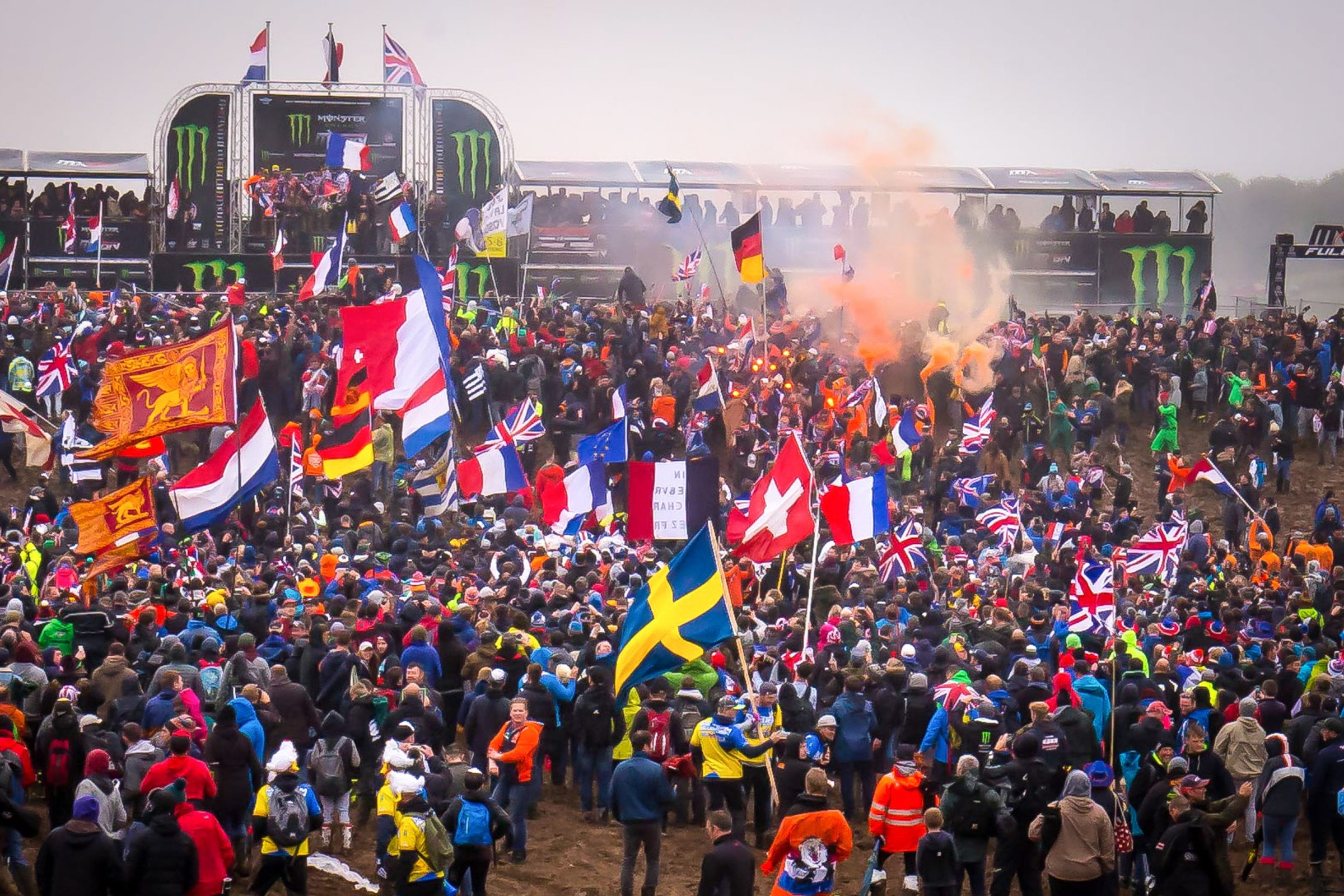 The nation-versus-nation format of the Monster Energy FIM Motocross of Nations breeds hype and excitement unlike any other race. During the third moto, if the Chamberlain Trophy is still in the balance, it will be impossible to keep your heart rate down. There’s so much on the line, and anything can happen!

Really, the nation-versus-nation angle is all this race needs to be amazing and exciting. But it’s even better than that, because there are other key differences compared to every other race on the regular calendar (in the U.S., Europe, or anywhere else).

The differences are part of what makes this great. Here are some (more) reasons to get pumped up for next weekend.

Different Bikes on the Track at Once

If, by itself, someone ran a gimmick race with 250s and 450s on the same track at the same time, that alone would get some looks. But the bike-versus-bike angle is only a small part of the Nations, because the entire event creates drama and intrigue that no one storyline can swallow up all the attention.

We’ve seen it all, though. Years where 125 guys beat dudes on 500s, and years where 250Fs won motos outright against 450s. In other years, though, the best 250F guys get bad starts and can barely trudge their way inside the top ten. It’s impossible to guess how these bikes will play out against each other each year. By the way, we’ve asked RedBud track owner Tim Ritchie and he says LaRocco’s Leap is staying, so that jump combination could be a huge factor this year. Then again, Aaron Plessinger hit the leap without a problem on his YZ250F this year. Again, predicting what a 250F rider can do here is foolish!

Coaches aren’t drawing up plays in motocross, and crew chiefs aren’t making the call on pit stops. Usually, the only thing that matters is grip it and rip it. The Nations actually requires some thought. For starters, each team gets a good gate pick and a bad one.

Do you put your best rider and fastest bike on the good gate, or the bad one? Later in the day, someone must calculate the points as the race is running. Can riders actually read their pit boards and figure it out?

Earlier this week, we covered the classic duels between Jeffrey Herlings and Ken Roczen, who were at each other’s throats as teenagers but haven’t raced each other in seven years. There will be many other stories like this deep down throughout the pack—riders who should be strangers to each other, but aren’t. For example, doesn’t it seem strange to think the world had a brief Cooper Webb-versus-Romain Febvre duel for a while? This race breeds strange matchups.

It’s hard to re-train your eye toward what matters at this race. As much as the world wants to see this come down to Herlings and Tomac in a death match in the final moto, rarely is this race won via a moto win. Clutch moves deeper in the pack usually change the game, like Romain Febvre passing Tommy Searle on the final lap in 2016 for fourth place. That stole victory for France from the Dutch.

Each team is only as strong as its weakest link. In 2010, at Thunder Valley in Colorado, Germany was in the hunt for its first-ever victory heading into moto three. The team just needed a good finish from Marcus Schiffer, but he could only muster 14-16 finishes in his motos, and that proved costly (Max Nagl ended up 39th in the final moto, which really drove the nail into the coffin).

In 2012, Schiffer got the job done with a seventh in a moto in the sand of Lommel. That’s all the team needed—Roczen and Nagl did the rest, and Germany finally grabbed the Chamberlain Trophy.

Shots heard around the world

Some moments will never be forgotten. Jason Anderson winning a moto in 2016, only to be landed on by a lapped rider at the finish, will live in infamy. Moments don’t get much bigger than on a stage as grand as this one.

Will we get another such memory next weekend?

Sign up for our newsletter and never miss a product release or sale.