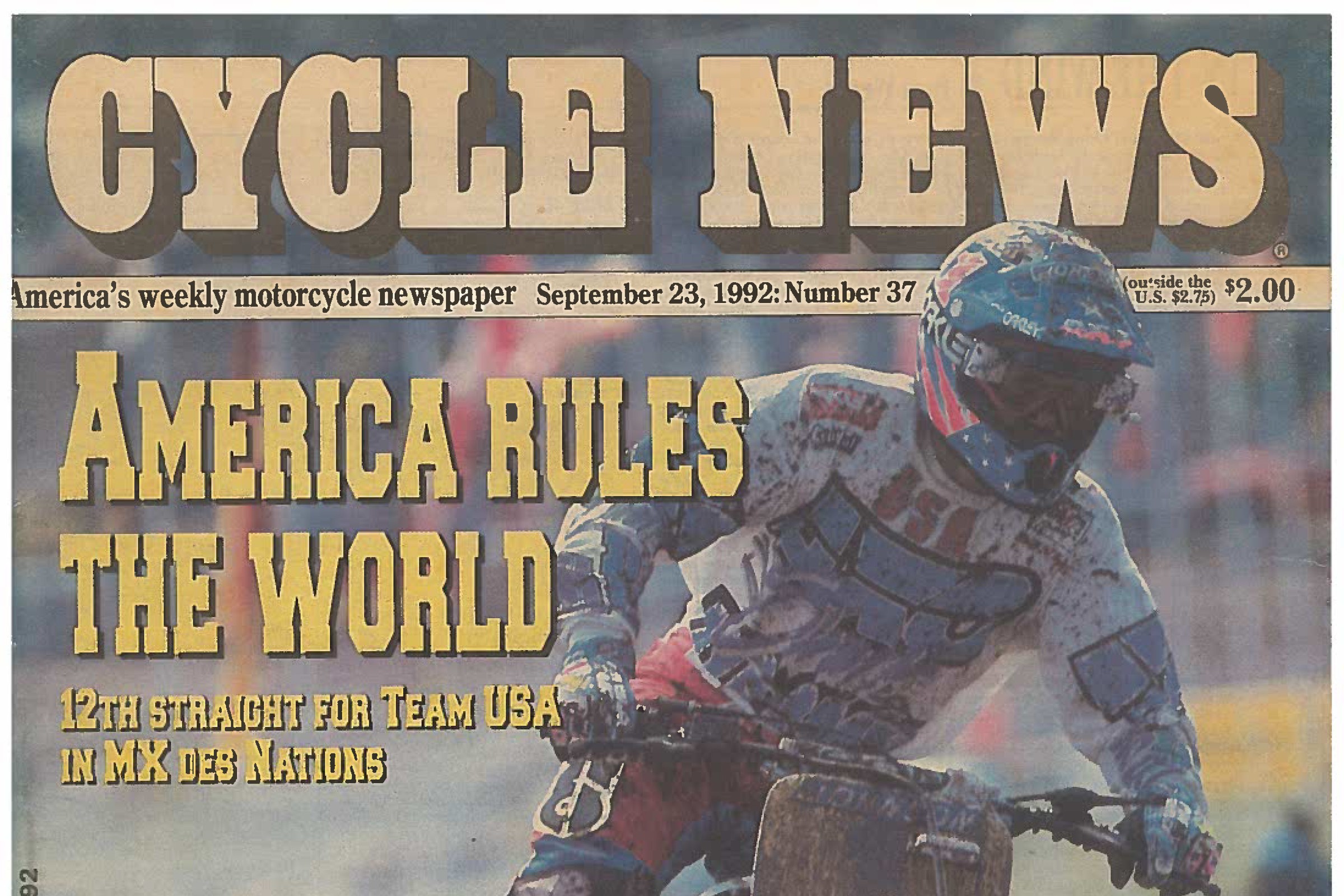 On This Day in Moto September 19

Suzuki's Sylvain Geboers won the opening round of the Trans-AMA Series at Carlsbad Raceway. The top American was fourth-place Brad Lackey aboard a CZ. The race served as a trial run for Carlsbad and promoter Gavin Trippe to possibly host a U.S. 500cc Grand Prix, which they would begin doing in 1973.

Geboers, one of four brothers, was the man Suzuki had chosen to join forces with Joel Robert and spearhead their 250cc Grand Prix involvement, while their countryman Roger DeCoster was the 500cc candidate. All three had joined Suzuki after being lured away from CZ. DeCoster delivered the '71 FIM 500cc Motocross World Championship, and Robert won the 250cc title in '70 and '71. After the Carlsbad race, Geboers would stay in America and actually end up winning the 1971 Trans-AMA Championship. He was favored to knock off Robert in '72, winning the opener in Spain. But he injured his knee in France and ended up losing his best chance to ever be world champion as a racer. Fortunately, his and his brother's racing team would win multiple world titles in the 1990s and 2000s.

Today is also the birthday of Billy Liles, one of the very first Kawasaki Team Green riders, an AMA National winner, and a multi-time FIM 500cc Grand Prix race winner. Liles moved to Europe in the mid-eighties to racer GPs, and in 1990, "the Georgia Peach" appeared to be headed for a possible world crown against Eric Geboers and Kurt Nicoll, but after winning two of the first four rounds, he broke his leg. His best season finish was third in 1991. The ultimate moment of Liles' career came in September 1992, when he was called upon by the AMA's Roy Janson to join the "B" team of Team USA riders—pre-superstardom Jeff Emig and Mike LaRocco—after most of the top U.S. riders passed on the chance to race the Motocross des Nations in Australia and keep Team USA's winning streak going. Liles answered the call, finished second 500 in the opening moto, and helped Team USA stay on top of the world for at least one more year.