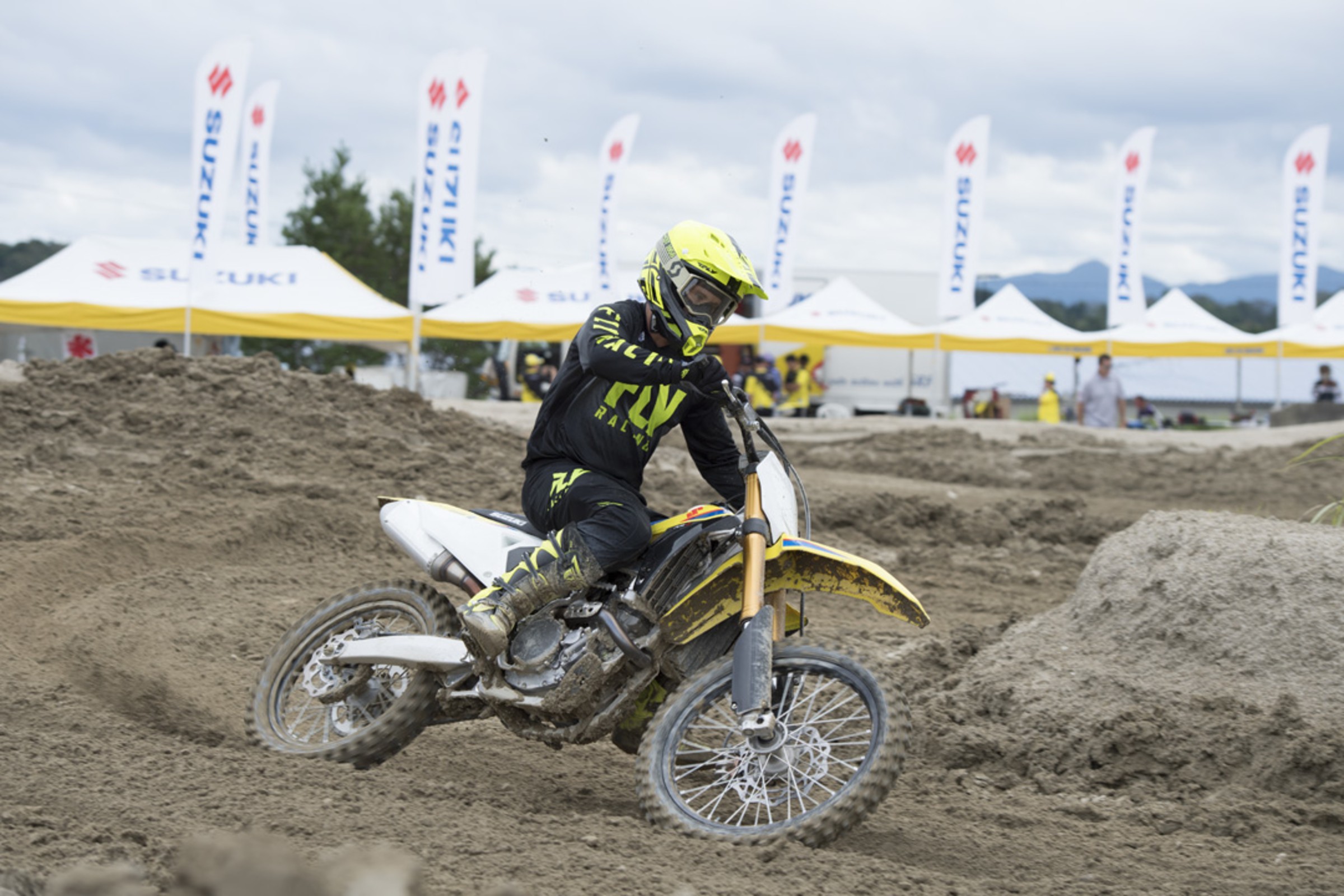 Last week, Suzuki finally revealed the technical details of the all-new 2019 RM-Z250, and at the same time the press release hit, our man Jason Thomas was on a flight to Japan to get the first ride on the new machine. While this was merely a first ride (we’ll have more to report once Ping gets his hands on a Suzuki back on home turf), we’re at least able to get some quick impressions of the bike, as well as Suzuki’s philosophy and Japanese culture in general.

1. Okay, the obvious: how was the bike to ride?

Jason Thomas: It's definitely a step forward. Suzuki uses a formula called "The Winning Balance," composed of a Run-Turn-Stop trifecta of performance. Enacting that theory, the big needs for this bike were upgrades in the engine department, electronics, and suspension. The new engine has a reported 5 percent more horsepower thanks to a new cylinder head, new intake shape, and a second injector. With 250 horsepower numbers skyrocketing, this was priority number one. For the "stop" portion, Suzuki upgraded the front rotor to 270mm, adding progression and overall braking power. In the "turn" department, there were a few wrinkles. The crankshaft was moved 8.5 mm for better center of gravity, the frame was updated similarly to the 450, and both front and rear suspension were lightened. The addition of a KYB spring fork was a nice touch, following the path of the 2018 and 2019 RMZ450. The one missing piece was an electronic start, but I have to believe that's just a matter of time.

On the track, the changes were immediately noticeable. I made a few settings changes for my weight and preference, but the 2019 turns like all Suzukis do. Turning has always been a Suzuki staple. The engine was definitely more responsive, and even on the deep Meihan track, it pulled through with shining colors. The biggest improvement was with the "lean" coupling for the engine mapping, as it gave the bike more power throughout. On a long straightaway, there may have been a slight disadvantage, but it was minimal. Overall, the bike felt lighter, more nimble, and had more power. I have always felt like Suzuki offers a great bike for riders of all skill levels and one of the most agreeable stock packages. There have been many bikes in the past that I feel don't work for a certain type of rider, but Suzuki does a great job in that area.

2. You get a real inside look at the business when you go to Japan itself. Did you learn anything unexpected about the bike, the technology, Suzuki's factory, future plans, or anything like that?

Suzuki has a plan to get back into the 250 mix for both amateur and professional relevancy. The component they had been waiting on was this 2019 RMZ250. Any prospective rider is going to want competitive equipment before signing the dotted line. That's just how the game works. With this updated 2019 model coming, Suzuki is able to go out and lure top talent. The first shot across the bow was with Alex Martin signing with Autotrader/Yoshimura Suzuki just a few weeks back. As that trickle effect continues on, their amateur program "RMArmy" will grow and recruit the next generation of winners. This plan is for the long term, taking strategic steps towards success. The new bike was the missing piece. They may not be ready to shock the world with another Ricky Carmichael type signing, but they are absolutely serious about a resurgence.

3. Two years in a row, you've gone to Japan for these Suzuki intros. What's the cultural experience like?

Japan is an interesting place—a clash of changing times and cultures. There is so much history to see and absorb compared to a young country like ours. There are numerous parks and attractions paying tribute to these civilizations of old. The architecture, customs, and traditions from a thousand years ago can be seen randomly throughout the country, with some buildings appearing just as they did in those times. On the other side of the coin, Japan is a country at the forefront of technology. Tokyo is a bustling city of lights and people, companies, and housing on top of each other in every direction. It's a unique mix of old tradition and forward-thinking corporations.

Somewhere in the midst of that are the big four Japanese motorcycle OEMs. The Japanese are proud and want to win motorcycle races, whether it's supercross, MotoGP, or otherwise. Even with all of the challenges our sport faces, their passion for winning was evident. Ten years removed, Ricky Carmichael's name is still mentioned regularly. His dominance serves as a shining beacon for what Suzuki's placement can be in the pecking order. The Japanese passion was what stuck with me. Passion for winning, passion for building better motorcycles, and a passion to better themselves.