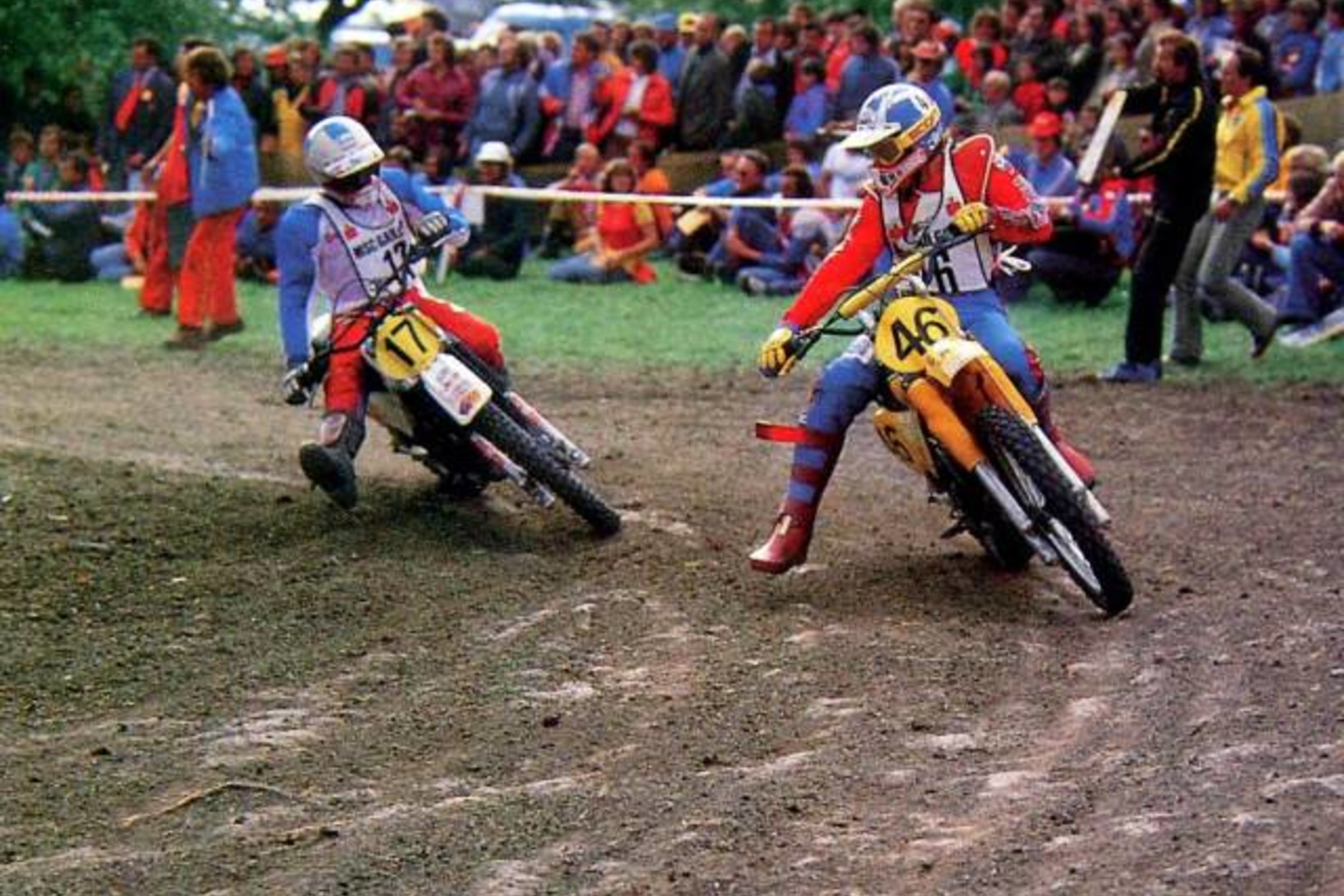 On This Day in Moto September 3

In Genk, Belgium, Suzuki's Roger DeCoster led a team of four Belgians to a dominant home country win in the FIM Trophee des Nations for 250cc riders. DeCoster finished 1-1, Jaak Van Velthoven went 4-2, Joel Robert finished fifth in the second moto, and Marcel Weirtz scored tenth place in a moto. The Belgians were followed by the all-CZ-mounted Czechoslovakia and the Soviet Union.

The 1978 FIM Motocross des Nations featured a unique matchup that had little to do with the actual decision of who the Peter Chamberlain Trophy would go to. A strong and consistent Soviet Union (now Russia) would win, but their highest finish was only a fourth in one moto. Instead, the motocross world was focused on reigning FIM 500cc World Champion Heikki Mikkola of Finland and his U.S. counterpart Bob "Hurricane" Hannah, the reigning AMA Supercross and 250cc AMA Pro Motocross Champion. Their matchup was the talk of the event, and it was the Flying Finn who emerged from the duels as the winner. Mikkola went 1-1 in the motos aboard his big white Yamaha, but his a couple of teammates didn't finish and Finland had no chance. Hannah went 4-2 for second overall, leading the second moto for some time before Mikkola gobbled him up. And in the first moto, Team USA's Chuck Sun had a breakout ride for runner-up honors aboard his Husqvarna. The Yanks would place a respectable fourth overall, despite poor finishes from Tommy Croft (29-44) and no results from Rick Burgett.

In a dramatic 125cc finale, Honda's Steve Lamson won the 1995 AMA 125 National Championship from Pro Circuit Kawasaki's Ryan Hughes at Steel City Raceway in Delmont, Pennsylvania. Lamson won the race outright while Hughes' chain fell off with two turns to go. Despite the championship having already been lost, Ryno pushed his bike up the last hill and across the finish line to salvage second overall on the day, then collapsed from fatigue and emotions. Brett Smith of We Went Fast recently posted a long-form feature on the whole day that you can read right here.

In the 250 Class, Team Honda's Jeremy McGrath put a cap on the best outdoor season of his career with another win and the AMA 250 National Championship, his one and only outdoor title.

Another series final at Steel City and another bit of drama as Suzuki's Travis Pastrana went 1-1 to top Yamaha of Troy's Stephane Roncada's 3-2 and give Pastrana the edge in the final standings, 484 to 482. In the 250 Class, Chevy Trucks/Kawasaki's Ricky Carmichael earned his first title in this division, having clinched a week early. Carmichael nonetheless carried on at Steel City and won that round as well over Mike LaRocco.

At the MXGP of the Americas at Charlotte Motor Speedway in North Carolina, U.S. star Eli Tomac went 1-1 on his Monster Energy Kawasaki for the race win, but Tim Gajser wrapped up his first MXGP world title. And in the MX2 Class, Star Racing Yamaha's Cooper Webb won his duel with Red Bull KTM's Jeffrey Herlings, but Herlings was the easy title winner in the MX2 World Championship. Monster Energy/Pro Circuit Kawasaki's Austin Forkner finished third in his Grand Prix debut.