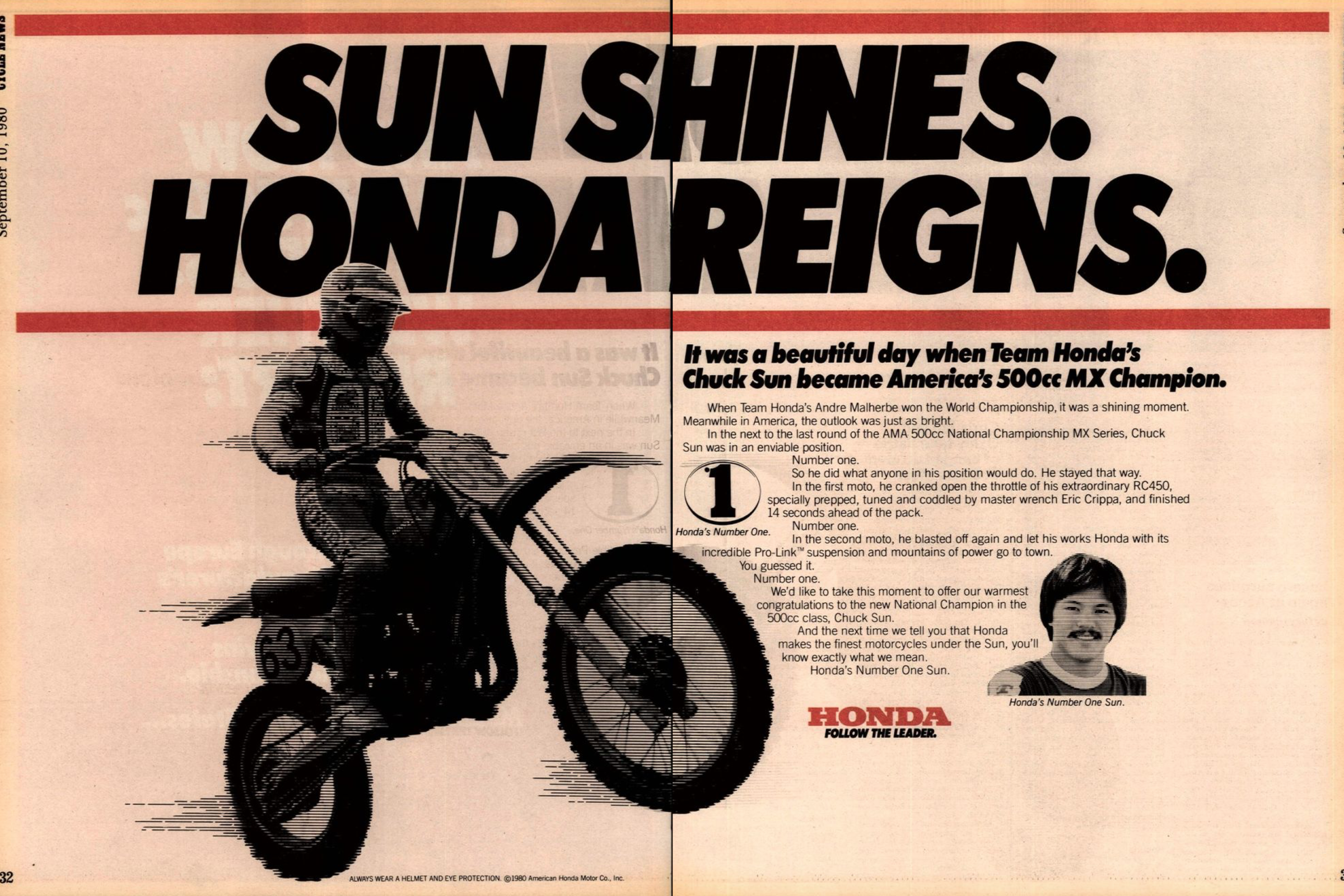 On This Day in Moto August 24

A pair of AMA Nationals, held at a pair of different tracks. In San Antonio, Texas, Cycle-Rama was the scene of the second-to-last round of the 125 National Championship, and Team Honda's Marty Smith, the defending champion who had also already clinched this championship, took the win ahead of Kawasaki rider Steve Wise and Bultaco-mounted Dan Turner, who gave the Spanish brand its one and only podium in AMA 125 Motocross.

In Ravenna, Ohio, the 500 Nationals were going off and Suzuki's Billy Grossi scored the overall win, followed by Honda's Pierre Karsmakers and Maico rider Steve Stackable. Grossi would then go into the series finale in close battle with Jimmy Weinert, Karsmakers, Stackable, and "Bad" Brad Lackey all with a shot at the title.

It was Grossi's second AMA National—he and his brother Bob (1973 Daytona 250 MX) were the first brothers to both win AMA Nationals. They would not be joined in that category until 2016, when Alex Martin won the Glen Helen 250 National and joined his younger brother Jeremy on the list of AMA National winners, so it's a very small and exclusive club!

And over in Europe, Suzuki's Gaston Rahier closed out the first true FIM 125cc Motocross World Championship with a win in his native Belgium. All told, Rahier won eight of 12 Grand Prix races on his way to what would be his first of three straight 125cc world titles.

Check out this Cycle News profile of one of the fastest female motocrossers of all time, Lisa Akin-Wagner of Team Dynamic fame and a five-time Loretta Lynn's champion.

In the 125 Class, Mark Barnett picked up a valuable win in his battle with three-time defending 125 National Champ Broc Glover, cutting down Glover's points cushion to just three with one race yet to be run. Suzuki's Barnett was trying to earn the brand its first 125 title. Kawasaki's Jeff Ward finished third.

Some big hitters in the top five at the Washougal 500 National: Jeff Ward, Rick Johnson, David Bailey, Ron Lechien, Johnny O'Mara. It was the last race of the season, and David Bailey would take the 500 National Championship over his Honda teammate Johnson by six points.

In the 125 Class, Suzuki's Erik Kehoe got the win, but runner-up Micky Dymond of Team Honda claimed the '86 AMA 125 National Championship. Finishing third for the second week in a row was Honda's imported-from-Australia talent Jeff Leisk.