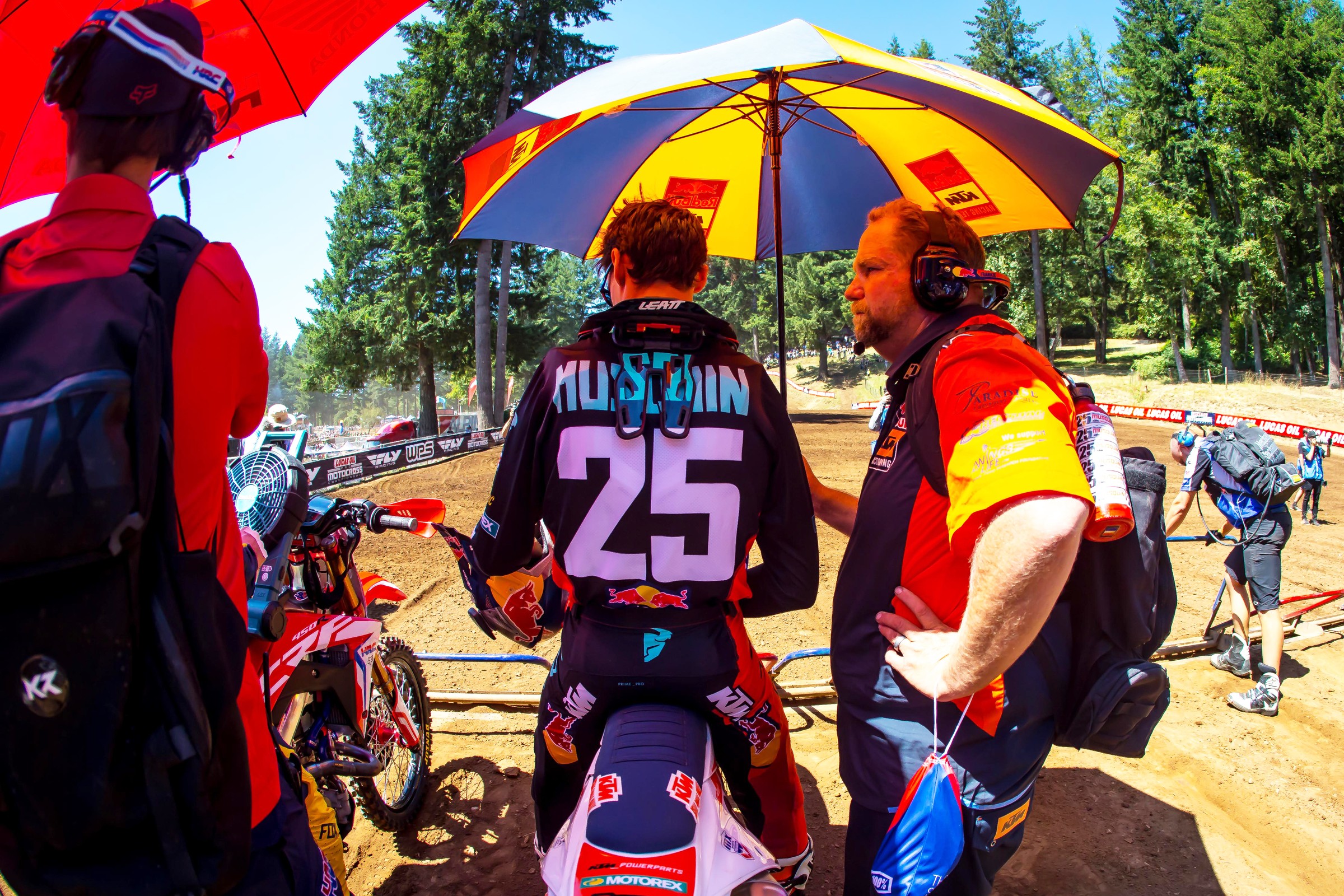 Insight He Wanted to Race

Shocking news last week when the French team was announced for the Monster Energy FIM Motocross of Nations, and the squad did not feature Marvin Musquin. Not only has Marv’s general success over the last two seasons made him an easy pick—further, the team manager of the French squad attended the RedBud National this year, which means he personally witnessed Marvin winning the 450 overall at the track that will hold the Nations this year. Marvin even walked away with the 450 Class points lead on that day.

Marv has continually given assurances that he was ready, willing, and able to ride the Motocross of Nations. The conjecture, then, was over which Team France 450 veteran—Gautier Paulin or Romain Febrve—would have to stay on the sidelines to make room for Marv.

Instead, both Paulin and Febvre were selected, and Marvin has been left off. Further salt in the wound was applied when the U.S.-based Dylan Ferrandis grabbed the MX2 slot. Team France is not opposed to putting U.S.-based riders on the team.

Marvin made it clear he did not decline an invite—he was operating under the assumption he would be on the team. He explained this in a post on his Facebook page last week.

As you might have heard already thru the video posted by the French Federation today, I’ve had the unpleasant surprise to find out that I wasn’t picked to race the MX of Nations for Team France.

I think it’s now important that I say a few words about what Jacques Bolle, President of the French Federation, said at the team announcement were the reasons and factors they looked at in selecting the team this year.

First of all, the motivation… For the record, the French coach came to America for the Red Bud National and spoke with me there to make sure I was motivated and available to race Des Nations. I confirmed I was 100% motivated and that being teammate with Dylan Ferrandis would be great! Also, what greater motivation is there for me to perform than to race in front of the world here in the US, on a track I just won? If that’s not motivation enough then I don’t know what would be!

Jacques Bolle also talks about the importance for the rider to be healthy and performing good around this time of the year. Seriously, what do you want me to say to that… ? My results speak for themselves. I finished 2nd in the AMA SX Championship this year and I’m currently a title contender for the outdoor championship with three races left! I won Red Bud this year and I’ve been racing at Red Bud for the last 8years…..

I’ll save everyone time and not go into details about the planning and logistics that have already gone in to be part of that race from either my side, my Red Bull KTM teams side, the factory, my sponsors and or the rest of my crew….

To me it’s sad to be overlooked again especially given the race is going to be here in the US where I compete almost every weekend for the last 8 years now and against many top riders that I am sure will be selected on the US home team. But I do really want to thank everyone who has and continues to support me and thank all the French, American, and all the other fans who have shown their support for me after this announcement. It means a lot to me.

I talked to Marvin before practice at Unadilla on Saturday. He explained that, from his knowledge, Paulin was certain to be on the team, as he has competed for four consecutive victorious French squads. So it would be between Musquin and Febvre for the second 450 slot. Due to time zones, the French press release announcing the team came out in the very early morning in the U.S. When Marvin woke, he saw a text message from the French Federation saying he would not be on the team. It was sent ten minutes before the team announcement was sent to the public.

Up until that time, Marvin was expecting to be racing the Motocross of Nations. Marvin told me that he does not blame Pascal Finot, the team manager, telling me it’s the French Federation that makes the decision, not Finot. I also asked Marvin about the tight U.S. racing schedule, with Motocross of Nations and Monster Energy Cup taking place on back-to-back weekends. Marvin said that would not be a problem.

I asked Red Bull KTM’s Roger DeCoster about the event, and he said KTM always pledges full support for anyone picked to a Nations team. Roger suggested that it’s simpler—and cheaper—for a European nation to pick an American-based rider to compete when the race is actually held in the U.S. Roger was surprised with the decision as well.

With Paulin and Febvre together again, France is betting that staying with the same riders who have worked before will work again. It’s worth noting that when Marvin did appear on a winning French team in 2015, Febvre and Paulin were his teammates. Paulin and Febvre have been on the victorious team the last three years.

On Saturday, Marvin told me he had moved on and was not going to let the anger carry into the weekend. He was definitely upset for a few days but needed to get past it. For now, all he can do is focus on Lucas Oil Pro Motocross.

“Definitely big buzz this week, it was very crazy,” Musquin said at Unadilla’s post-race press conference. “I was surprised, but not much to add to that statement I made this week. I was kind of like 99 percent sure I was going to be picked. It was going to be good. But that’s the way it is—it’s not in my control. It was cool to see the support from both the French fans and the American fans.”